U.S. base construction work in Okinawa resumes after virus hiatus

Construction work for the relocation of a key U.S. military base within Okinawa Prefecture resumed Friday, nearly two months after the impact of the new coronavirus pandemic suspended land reclamation work necessary for the controversial project.

The resumption prompted an anti-U.S. base protest among local residents, some scuffling with police, as activists were angered by the restart, which came despite a bloc opposed to the transfer plan of the U.S. Marine Corps Air Station Futenma retaining a majority in Sunday's Okinawa prefectural assembly election.

The landfill work for a replacement facility in the Henoko coastal district in Nago was suspended on April 17, a day after a worker at the construction site was confirmed to have the coronavirus.

The local bureau of the Defense Ministry said Thursday construction work at the site adjacent to the U.S. Marines' Camp Schwab was ready to resume after making arrangements with U.S. forces and contractors to have virus infection control measures put in place.

On Friday morning, about 40 protesters wearing face masks gathered in front of the gate of Camp Schwab, calling for the construction work to be stopped. 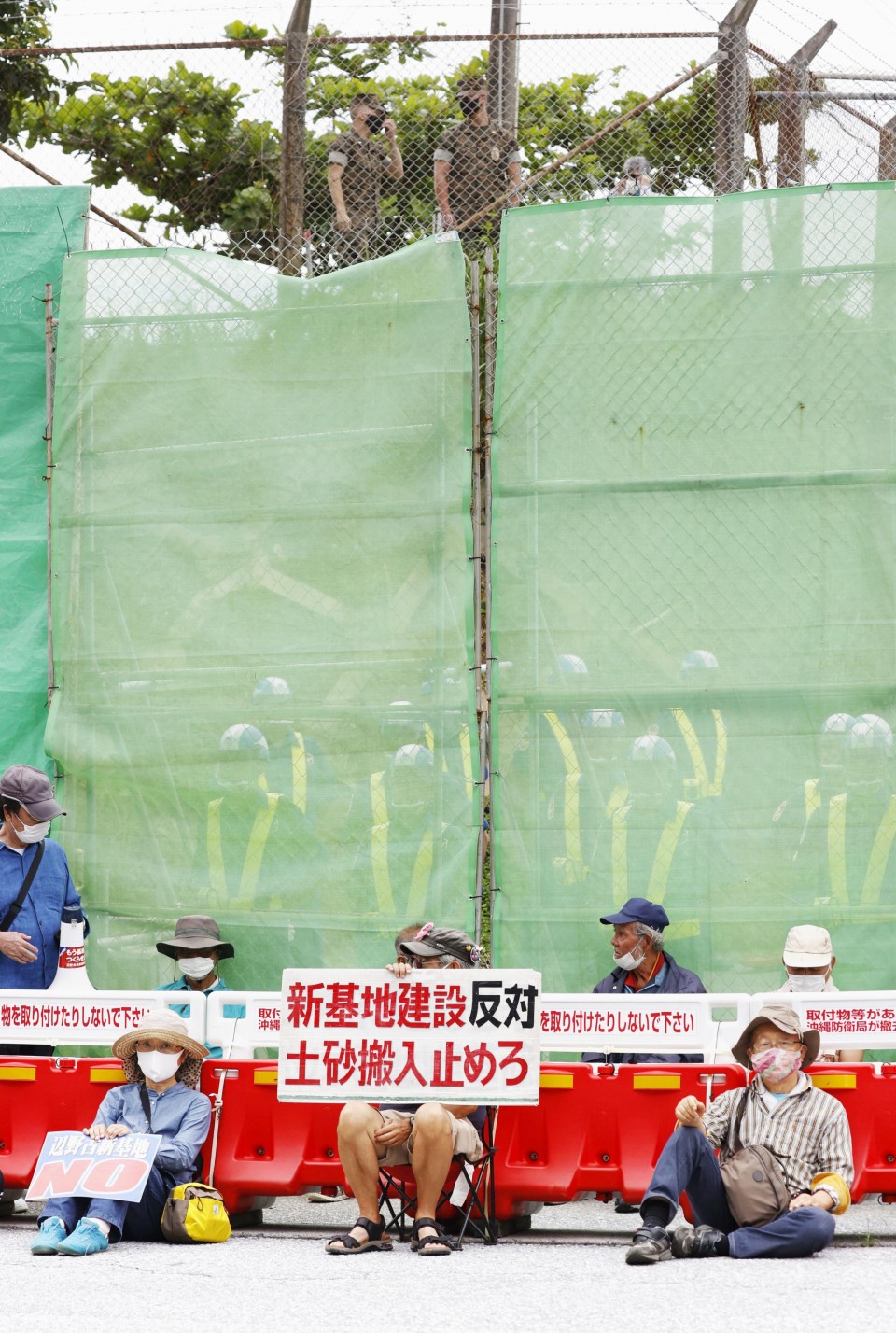 (Demonstrators stage a protest in front of the gate of the U.S. Marines' Camp Schwab in Nago, Okinawa Prefecture, southern Japan, on June 12, 2020, over the relocation of Air Station Futenma from another part of Okinawa)

Bloc against U.S. base transfer keeps majority in Okinawa election

"I feel angry that the central government is going ahead with the construction, ignoring the outcome of the (prefectural assembly) election," said Kinuyo Inagaki, 70, who lives in Nago.

Following Sunday's election, 27 of the 48-member prefectural assembly are opposed to the plan to build the replacement facility in Nago, while 19 support it. The remaining two do not belong to either camp.

Okinawa Gov. Denny Tamaki, a strong opponent of the relocation plan, said at a press conference the resumption of the construction work was "very regrettable." 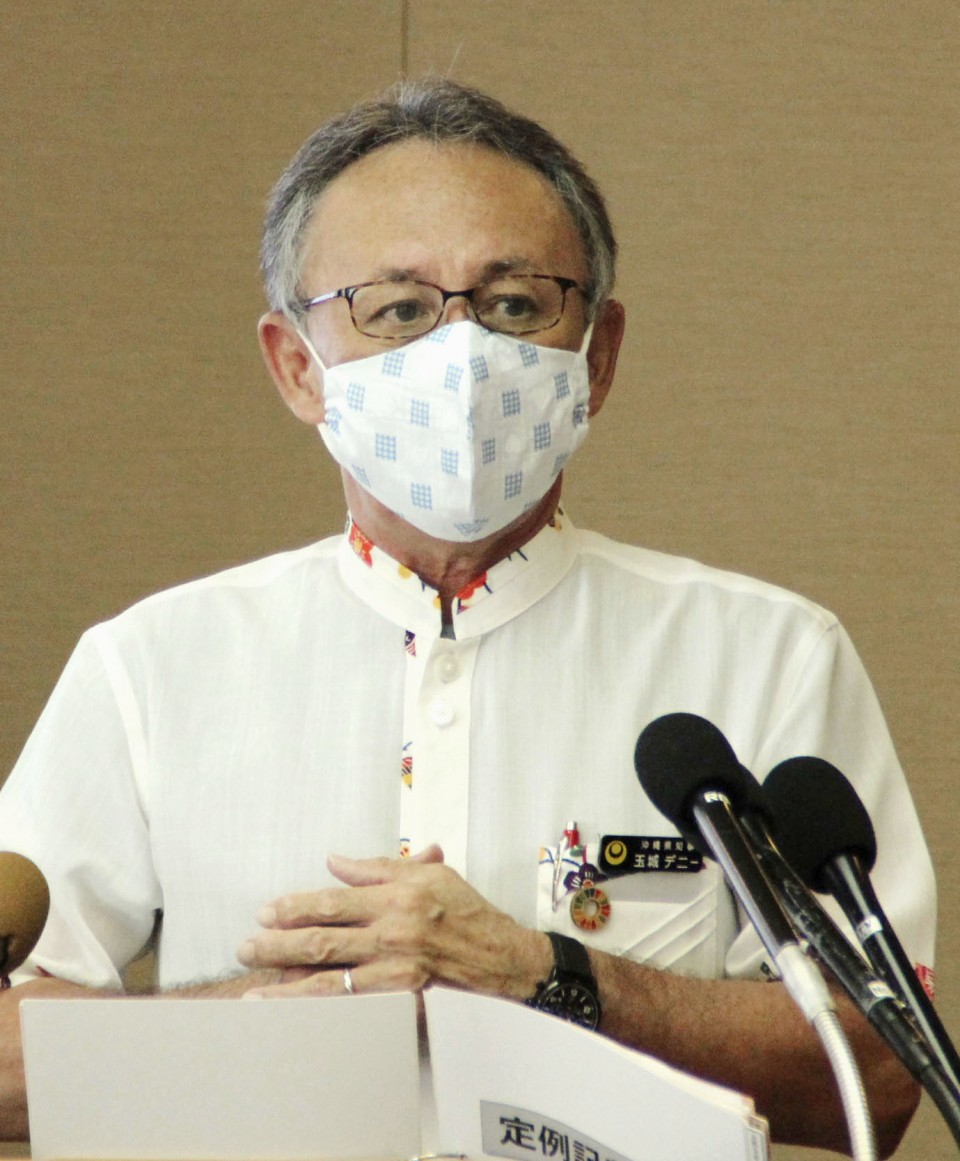 (Okinawa Gov. Denny Tamaki speaks at the prefectural government building in Naha, southern Japan, on June 12, 2020, criticizing the day's resumption of work in the Henoko coastal district of Nago for the relocation of a U.S. air base)

Frustrated with noise, accidents and crimes associated with the base, local residents of Okinawa, the southwestern island prefecture hosting the bulk of U.S. military facilities in Japan, have repeatedly shown their opposition in past elections to keeping the Futenma base within Okinawa.

The September 2018 gubernatorial race, in which Tamaki beat his rival backed by Prime Minister Shinzo Abe's Liberal Democratic Party, and a prefectural referendum in February last year showed more than 70 percent of voters were opposed to the relocation.

But the referendum result was nonbinding and the Abe administration has upheld the plan, saying it is "the only solution" to removing dangers posed by the U.S. base located in a densely populated residential area in Ginowan, without impairing the deterrence of the Japan-U.S. security alliance.