Bloc against U.S. base transfer keeps majority in Okinawa election

A bloc of assembly members opposed to relocating a key U.S. military base within Okinawa retained a majority in Sunday's prefectural election.

The result mirrors strong local sentiment against the push by Prime Minister Shinzo Abe's government to keep U.S. Marine Corps Air Station Futenma within the prefecture by completing a replacement facility for the facility in the Henoko coastal district in Nago.

With the majority, Okinawa Gov. Denny Tamaki will be in a stronger position to oppose the central government's plan to move the base, which is considered to pose a danger to local residents given its current location in a densely populated area of Ginowan. 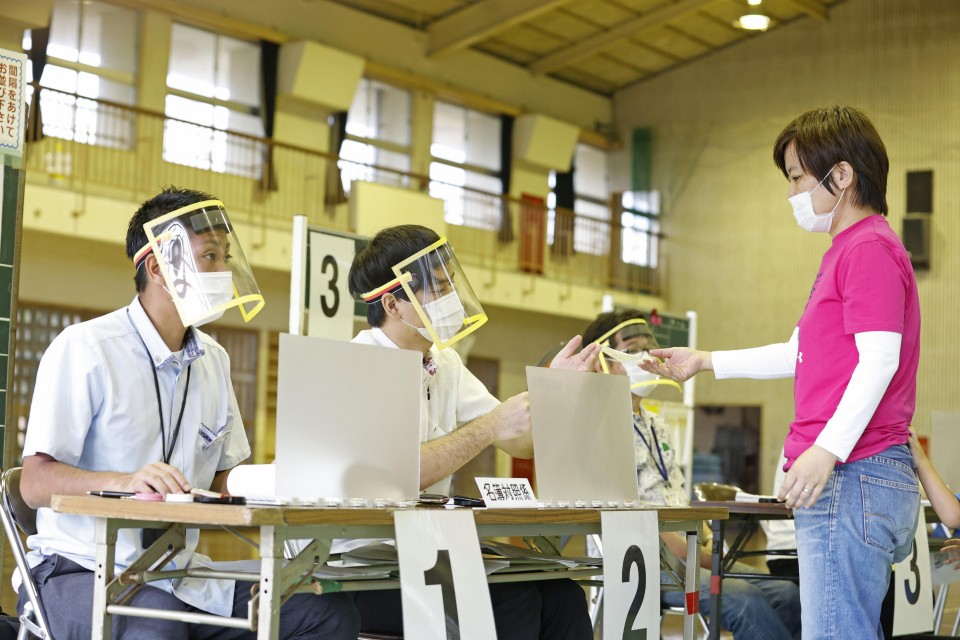 Election officials help a voter at a polling station in Naha, southern Japan, in the Okinawa prefectural assembly election on June 7, 2020, wearing face shields amid continued worries about the novel coronavirus. (Kyodo)

Many residents have long hoped for the Futenma base to be moved outside of Okinawa, which accounts for about 70 percent of the total acreage exclusively used by U.S. military facilities in Japan, despite the prefecture only representing 0.6 percent of the country's land.

Sunday's contest was the first prefectural assembly election since Tamaki became governor in October 2018 on a platform of opposition to the transfer plan. But voter turnout was the lowest ever, at 46.96 percent.

His predecessor, Takeshi Onaga, whose death triggered the gubernatorial election, was also a staunch opponent of the base relocation plan.

Before the election, the bloc supporting Tamaki, which includes parties in opposition at the national level such as the Japanese Communist Party and the Social Democratic Party, held 26 out of the assembly's 48 seats.

Parties not allied with the governor, such as Abe's ruling Liberal Democratic Party and its coalition partner Komeito party, held 20 seats, while two seats were vacant.

Among the 64 candidates for the 48 seats up for grabs, 12 were elected unopposed on May 29 when official campaigning began. Out of the 12, seven were from the bloc backing Tamaki, while five were from the LDP.

Another focus of the election had been Tamaki's response to the new coronavirus pandemic, which has inflicted severe damage on the tourism industry, one of the main pillars of the subtropical island prefecture's economy.

The base concentration is a legacy of the U.S. occupation of Okinawa from the end of World War II to 1972.

Local residents have repeatedly shown their opposition to keeping the Futenma base in Okinawa in past elections, including the 2018 gubernatorial race. In a prefectural referendum in February last year, more than 70 percent of voters rejected the relocation plan, although the result was not binding on the central government. 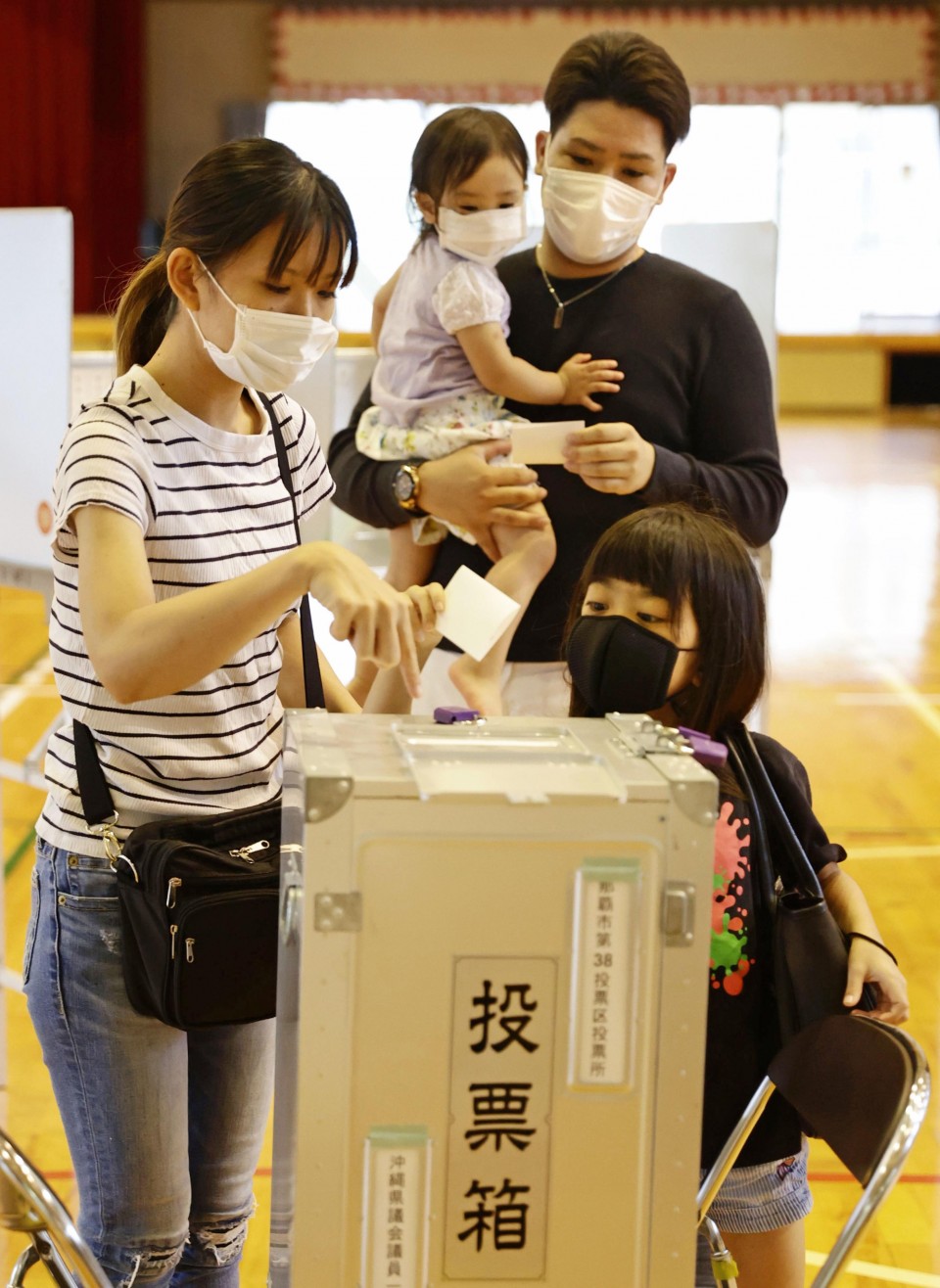 Photo taken June 7, 2020, shows a scene at a polling station in Naha, southern Japan, in the Okinawa prefectural assembly election amid continued worries about the novel coronavirus. (Kyodo)

But the Abe administration continues to stick to the plan, maintaining it is "the only solution" for removing the dangers posed by the Futenma base without undermining the deterrence provided by the Japan-U.S. security alliance.

In recent years, the feud between the prefectural and central governments has evolved into legal battles. No court, however, has ruled in favor of the prefecture and the central government's plan to proceed with construction work was given a boost after the Supreme Court ruled against Okinawa in December 2016 in a dispute over whether preliminary landfill work can go ahead.

The central government has been proceeding with the landfill work offshore on a full-fledged basis since December 2018. The Defense Ministry expects construction of the new base to take 12 years in total.