Makoto Hasebe tied the record for most Bundesliga games by an Asian player Wednesday as his Eintracht Frankfurt side secured a vital 3-0 away win against fellow relegation battlers Werder Bremen.

"I'm so proud," Hasebe said in a statement released by the club. "I think I can play in a lot more than 308 games, but there's no chance I'll catch up the 100 or so goals he scored."

"He was a great player, and I have so much respect for him."

Japan midfielder Daichi Kamada could not extend his scoring streak to a third straight game for the visitors, but substitute Stefan Ilsanker sealed the win with a pair of late goals following Andre Silva's 61st-minute opener.

Japan forward Yuya Osako started on the right wing for the hosts, who sit second-last in the table in a closely fought relegation battle.

With the victory behind closed doors at Bremen's Weserstadion, Frankfurt climbed eight points clear of the drop zone to 11th. 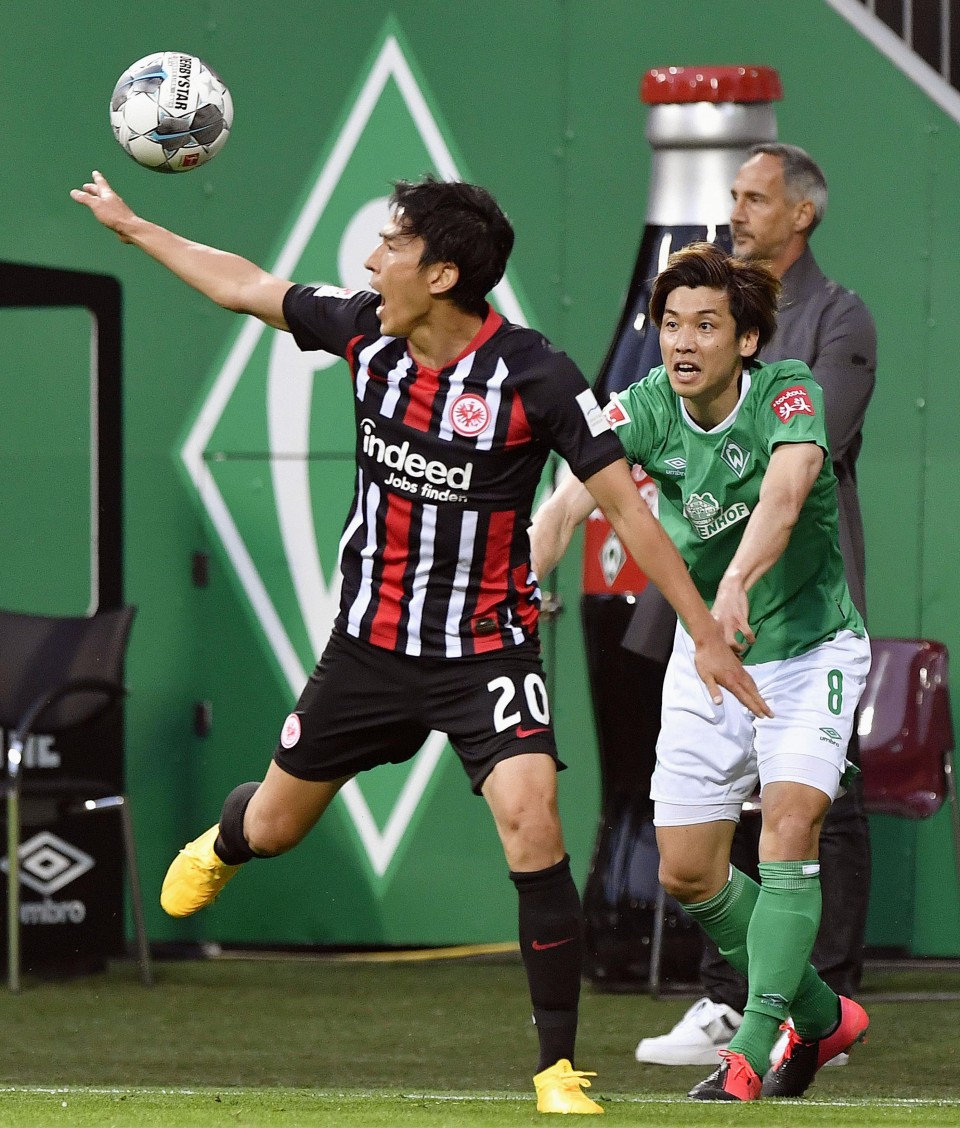 The 36-year-old Hasebe is set to extend his record for at least another season after recently inking a new deal with Frankfurt, his third club in Germany since joining VfL Wolfsburg from J-League side Urawa Reds in 2008.

A defensive midfielder for most of his career, the veteran has transitioned to playing primarily at center-back for manager Adi Hutter.