Tokyo Electric Power Company Holdings Inc. on Wednesday found no obstacles in its planned removal of radioactive fuel rods from the spent fuel pool of the No. 2 reactor at the Fukushima Daiichi nuclear power plant.

TEPCO confirmed the findings when it conducted an internal probe into the reactor for the first time since the 2011 disaster. The investigation is expected to run through Friday. 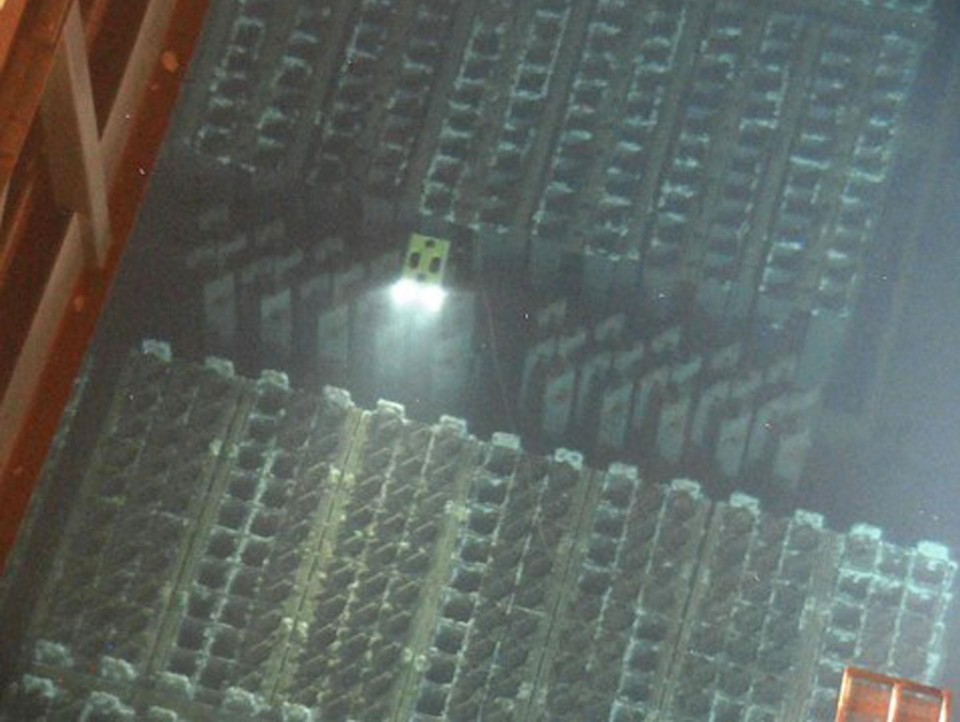 Using a remotely operated underwater robot to photograph the interior of the pool, submerged fuel rods and their storage racks were checked for any damage.

Although white sediment was discovered on the aluminum alloy racks, it is believed to have formed from a reaction between aluminum and elements in sea water that was injected into the pool to cool the fuel during the disaster.

Similar sediment was found in the Nos. 3 and 4 reactors' pools, from which fuel rods have already been removed, but it did not affect the process, according to TEPCO.

Similar to the Nos. 1 and 3 reactors, the No. 2 reactor suffered a core meltdown after it temporarily lost its cooling functions in its spent fuel pool, but the building was spared from a hydrogen explosion. 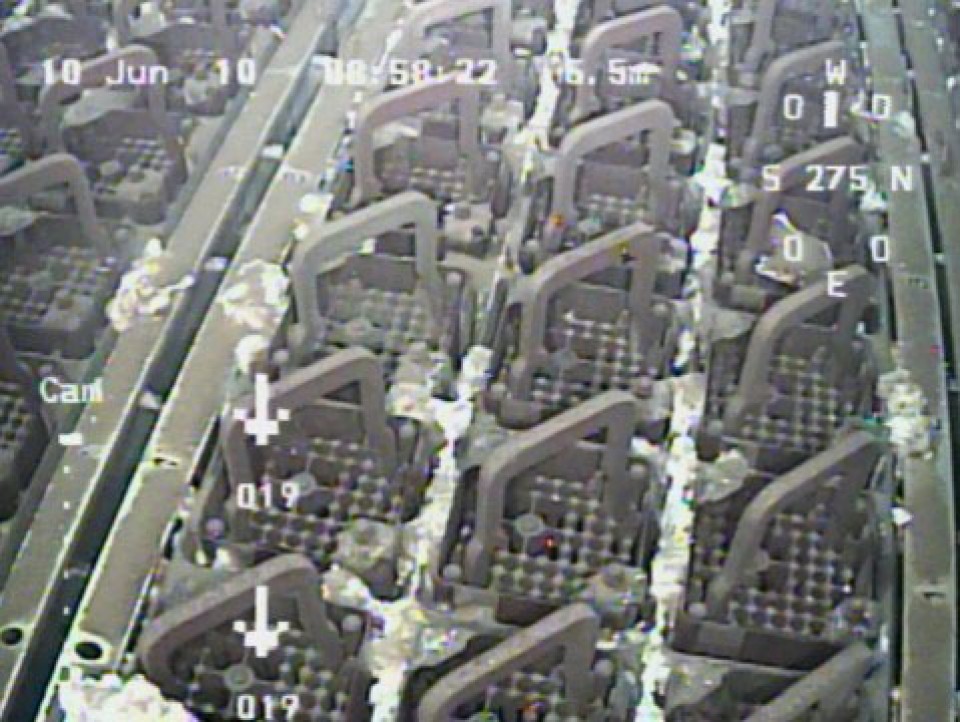 As such, the pool is thought to be free of debris and in a relatively stable condition.

High radiation levels on the top floor of the reactor building, where the pool storing a total of 615 spent and unspent fuel rods sits, have delayed cleanup efforts.

But the progress of decontamination has now enabled inspections to at least be carried out remotely.

A new facility complete with equipment to carry out the fuel rods and a crane will be built on the south side of the No. 2 nuclear reactor building, with the removal process slated to begin sometime between fiscal 2024 to 2026.