Japan's parliament approved Friday a 10-year extension to the lifespan of the government agency overseeing reconstruction of the area devastated by the 2011 earthquake, tsunami and nuclear disaster.

The Reconstruction Agency will now continue to promote recovery in the northeastern prefecture of Fukushima, and provide support to residents there and in other northeastern regions, until March 2031. The agency said there were still more than 46,000 displaced residents as of March 11, the ninth anniversary of the triple disaster.

However, the scope of tax breaks and other special deregulatory measures will be scaled down, and resources allocated more selectively to areas where rebuilding efforts are still under way, and to businesses struggling to overcome public fears and false rumors about radiation. 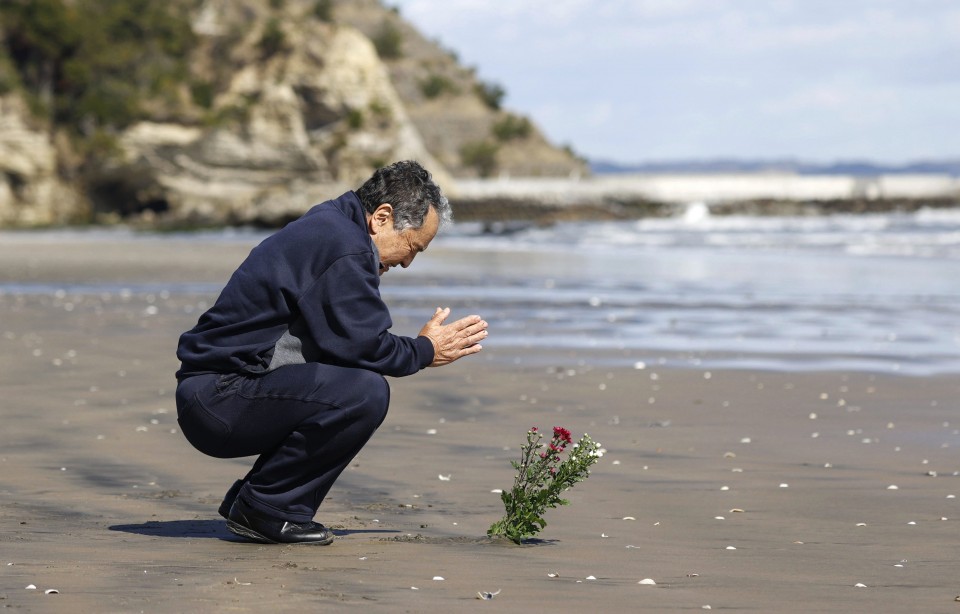 A man prays at a beach in Iwaki, Fukushima Prefecture, on March 11, 2020, the ninth anniversary of the 2011 earthquake-tsunami disaster in northeastern Japan. (Kyodo)

Government grants for infrastructure rebuilding will be terminated at the end of the current fiscal year to March 2021, as reconstruction of roads and houses is deemed to be sufficiently complete.

Under the basic policy on 2011 quake disaster reconstruction, approved by the Cabinet in December, the government aims to complete recovery in hard-hit Fukushima, Iwate, and Miyagi prefectures in northeastern Japan in the five fiscal years through March 2026, while sustaining support for nuclear disaster-stricken areas.