Carter had already bid rugby fans in Japan a subtle farewell in mid-April via Instagram, paying tribute to his brief time with the Steelers at the end of the truncated domestic season. 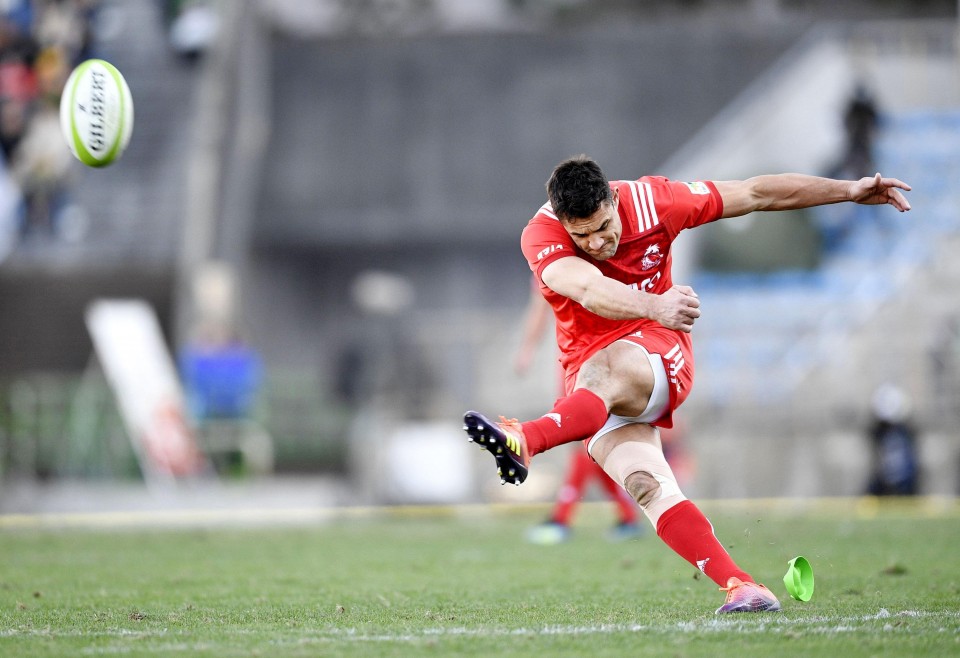 Dan Carter of Kobe Kobelco Steelers scores from a penalty kick in the first half of a match against Suntory Sungoliath at Prince Chichibu Memorial Rugby Ground in Tokyo on Dec. 15, 2018.

The three-time World Rugby Player of the Year made a big impact in Kobe, leading the club to the Top League championship in 2018-2019, a first triumph since the 2003-2004 campaign. That first season also saw him named Top League MVP and Top Kicker.

This year's season, delayed to allow players a break following the 2019 Rugby World Cup, was cut short after only six rounds were played due to the coronavirus pandemic. 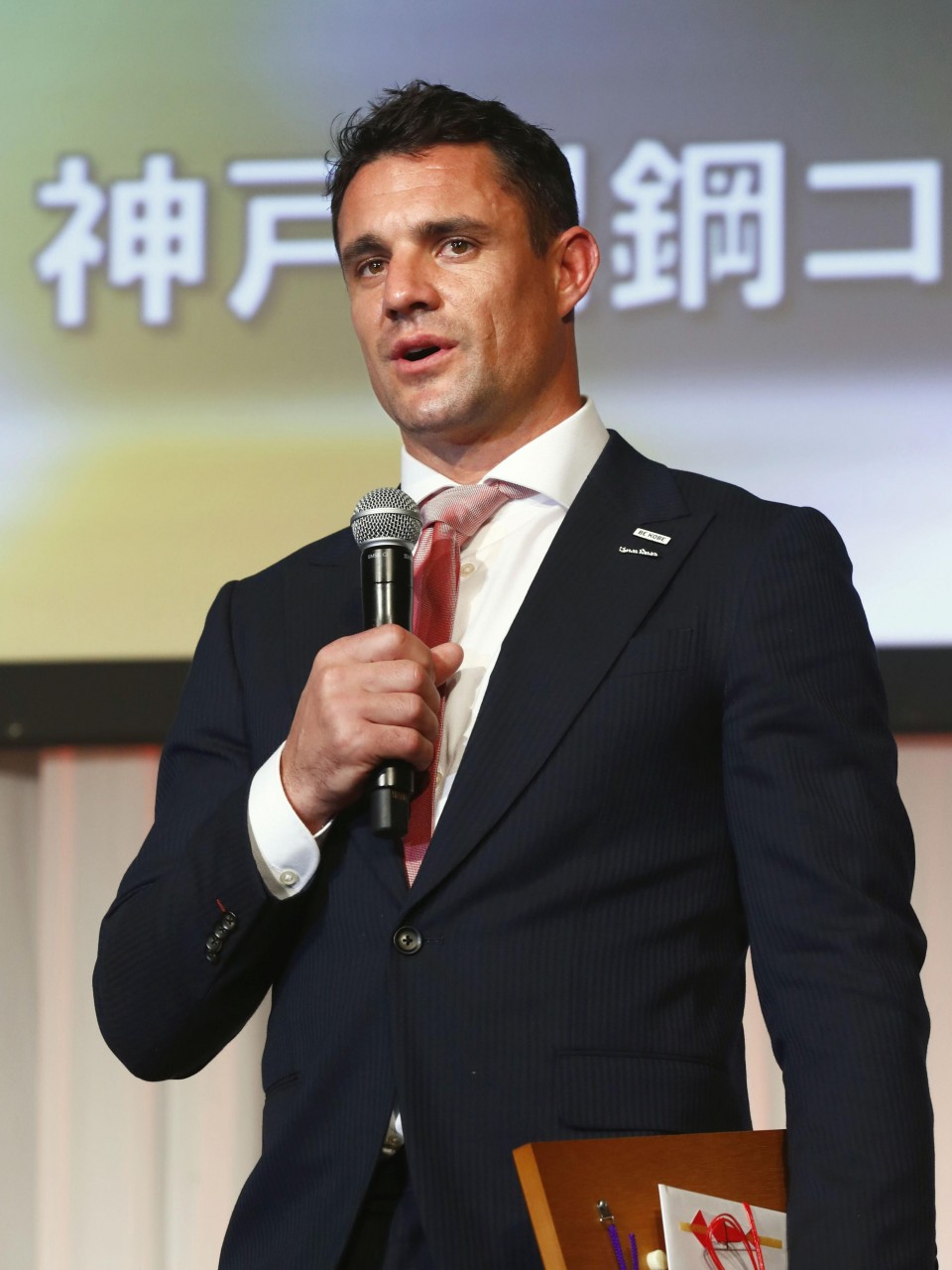 The Kobe Kobelco Steelers' Dan Carter, three-time World Rugby Player of the Year and former All Black, speaks at a ceremony in Tokyo on Dec. 16, 2018, where he received the Top League MVP award after his first season in Japan. His team clinched the league title the previous day. (Kyodo)