Japan is hoping to use its influence as a World Cup host and quarterfinalist to help rugby finally live up to the tournament theme song "A World in Union," Japan Rugby Football Union Chairman Kensuke Iwabuchi said Wednesday evening.

The recent re-election of Englishman Sir Bill Beaumont over Argentine Gus Pichot for the post of chairman of World Rugby has seen the sport once again divided with the old guard in Europe supporting Beaumont and the Southern Hemisphere, in the main, pledging allegiance to Pichot.

Speaking to Kyodo News, Iwabuchi said the union would "not publicly announce who they voted for," though the general consensus is they pledged their support for Beaumont, in marked contrast to Asia Rugby who publicly backed Pichot.

"What we are concerned about with rugby in general is the big divide between North and South," the 44-year-old former flyhalf said. "As a Rugby World Cup host and quarterfinalist we feel that is not good for the sport and we feel we have a role to play" to rectify it.

Japan's geographical position, as Iwabuchi pointed out, puts it in a unique position.

"Obviously we are a Northern Hemisphere country but time-zone wise it's more logical for us (to steer towards) Southern Hemisphere tournaments. But that's based on the assumption that the (rugby) world is split into two," he said. 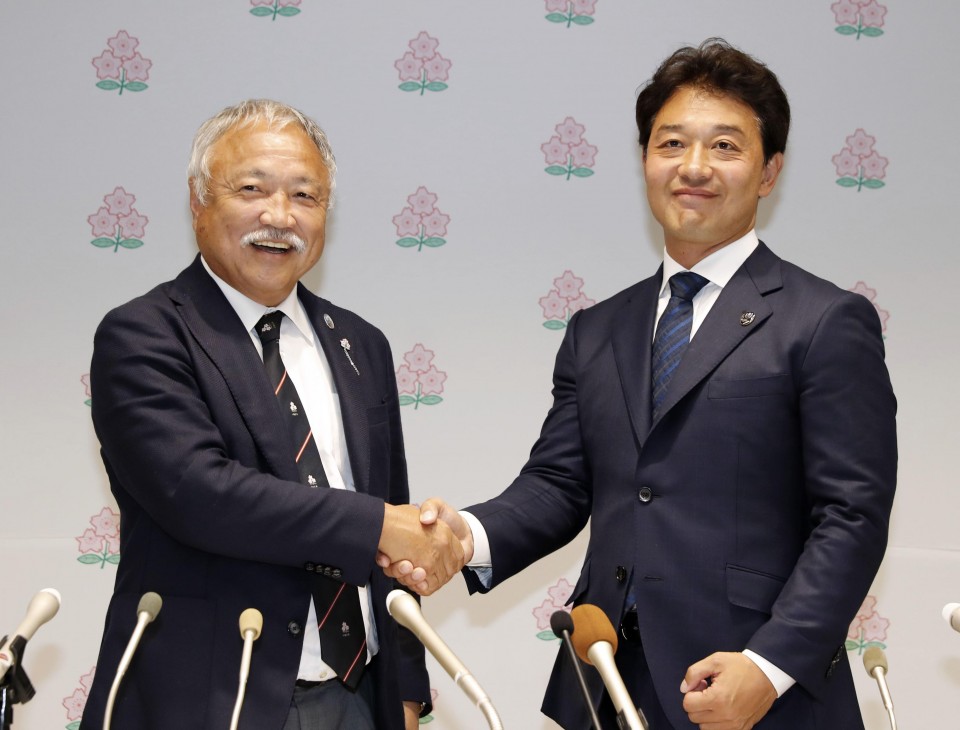 "At the moment the international calendar is based on two big tournaments, the Six Nations (in the north) and the Rugby Championship (in the south). But we are having a lot of discussion about a global competition. If we can get a global calendar or have the world split into four or five strong regions, things could be different. And we need to lead the world," in bringing about that change.

When asked about the apparent split with Asia Rugby, Iwabuchi said Japan had only been able to host last year's World Cup with the support of Asia and admitted the two unions needed to work together.

"We (the JRFU) have a role that we need to play and we talked during the World Cup about the need to work together."

The 2019 World Cup was deemed a remarkable success and Iwabuchi admitted the coronavirus pandemic could not have come at a worse time.

"I am concerned about the loss of momentum and the JRFU has a role to play to get that momentum back when everything is OK and settled," he said. "We need rugby back from (both) a rugby and financial point of view."

The JRFU is set to lose between 1 billion and 2 billion yen from the postponement of the summer test matches against Wales and England, and the cancellation of this year's Top League, which means there will have been just six rounds of domestic action in two calendar years by the time next year's competition starts on Jan. 16.

"Having test matches against great rugby nations is the best way to get that momentum going again, and we are talking with World Rugby and the various unions. We are also thinking of a number of contingency plans," he said, referring to Japan's tour of Europe in November and a possible tour of Japan by England in October.

When he is not wearing a suit to committee meetings, Iwabuchi dons a tracksuit as coach of the Japan men's sevens team and he said he was still unclear how his side will prepare for the postponed Tokyo Olympics, given Japan is at this stage not a core team that can play in every tournament on the World Series.

"With the World Series you have so many teams flying in from different countries" that it makes things even more complicated, he said. 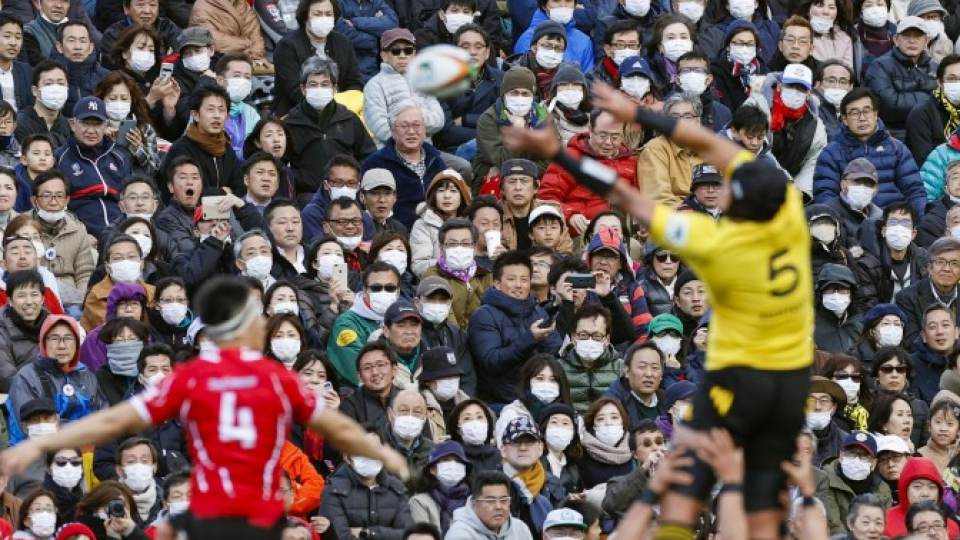 (Most spectators wear masks during a Rugby Top League match in Tokyo on Feb. 22, 2020, amid coronavirus fears.)

"Paris (Sevens) is supposed to take place in September and then Hong Kong and Singapore in October but we are not sure how things will work out."

As Iwabuchi pointed out, the novel coronavirus has led to complete re-evaluations across the board, with the JRFU rethinking things off the field as regards the profit from the World Cup as well as on it in terms of a high-performance pathway.

At a time when the JRFU is thinking of applying for subsidies from World Rugby and the Japanese government to help overcome losses caused by the pandemic, Iwabuchi said the JRFU was thinking hard as to what to do with the money made from the World Cup.

"It will primarily be spent on rugby and the future of the sport here but also other sports and society in general, but we need to be wise."

On the field, Iwabuchi said the Sunwolves played a crucial role in Japan's run to the last eight at RWC 2019.

The Super Rugby franchise is hoping to play in an Australian competition from July but is not part of SANZAAR's plans from 2021.

"At this stage we are not sure what Super Rugby are doing (post virus) but we are seeking any possible way to improve our high performance pathway as we need such a pathway to get to the level of the world's best."

Rugby: Sunwolves aiming to compete in Australia from July

Rugby: Test matches against Wales, England canceled due to coronavirus