Japan's Sunwolves are unlikely to compete in Australia this year due to that country's restrictions on incoming international travelers, a team official said Thursday.

The Sunwolves, playing their final season in Super Rugby after entering the competition in 2016, were looking to join a competition of Australian Super Rugby teams starting in July. But a mandatory two-week quarantine on travelers entering Australia is proving to be too high a hurdle. A formal announcement is expected next week.

"There's nothing we can do in this situation but give up," Sunwolves CEO Yuji Watase said.

With the new coronavirus pandemic having shut down the season, the Australian franchises had hoped the Sunwolves could take part along with former Super Rugby outfit, the Perth-based Western Force.

"Things are progressing really well with the Force but I think the international border restrictions are probably going to make it pretty hard for Japan," said Melbourne Rebels chief executive Baden Stephenson, according to an Australian Associated Press report. 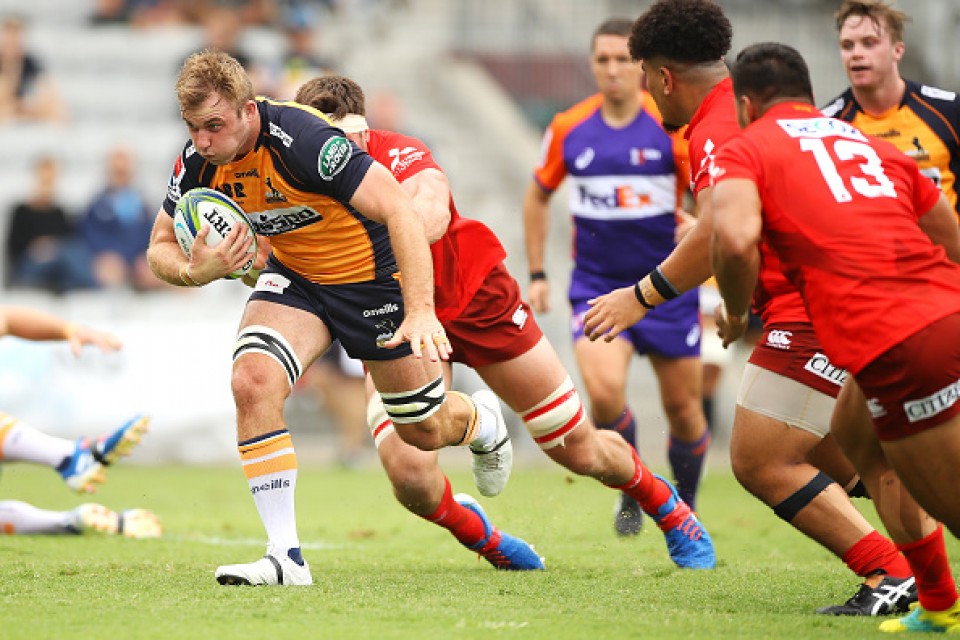 (Will Miller of the Brumbies breaks away to score a try during the round six Super Rugby match between the Sunwolves and the Brumbies at WIN Stadium on March 06, 2020 in Wollongong, Australia)[Getty/Kyodo]

Rugby: Sunwolves aiming to compete in Australia from July

Stephenson sits on Rugby Australia's return to play committee. Both Australia and New Zealand will soon begin domestic competitions centered around their Super Rugby teams, whose season ended in March.

"At one stage they (the Sunwolves) were thinking about using their Australian and New Zealand players and some Japanese players but I think that the more they worked through the process the harder it is looking," he said.

Although the Sunwolves were drop-kicked out of the competition, reportedly because their games were not popular with South African television viewers, Super Rugby's stakeholders definitely have the Japanese market on their minds.

A consulting firm's study reported that the average attendance in Super Rugby has declined 43 percent since 2013.

The Sydney Morning Herald reported last week that one possibility for next year's Super Rugby postseason would be the inclusion of the best two teams from Japan's Top League.

Australian Nick Stiles, who coaches for Japan's Kintetsu Liners, said the time was ripe to look to Japan.

"I like the idea just because Japan need to be embraced into whatever model they have moving forward," Stiles said.

"Trying to find new markets or growth markets in world rugby is pretty limited. Japan is a massive one and on the back of the World Cup and the excitement that was created out of that, Japanese people would love to be involved in anything moving forward," he said.