Gunmen believed to be separatist rebels on Saturday attacked two medical workers fighting the new coronavirus pandemic in Indonesia's restive province of Papua, killing one of them, police and military said.

Col. Eko Daryanto, spokesman for Papua's Cendrawasih Military Regional Command, said the attack occurred around 1 p.m. when the workers, part of the province's task force for COVID-19 mitigation, were transporting medicine for infected patients in a remote village in Intan Jaya Regency. 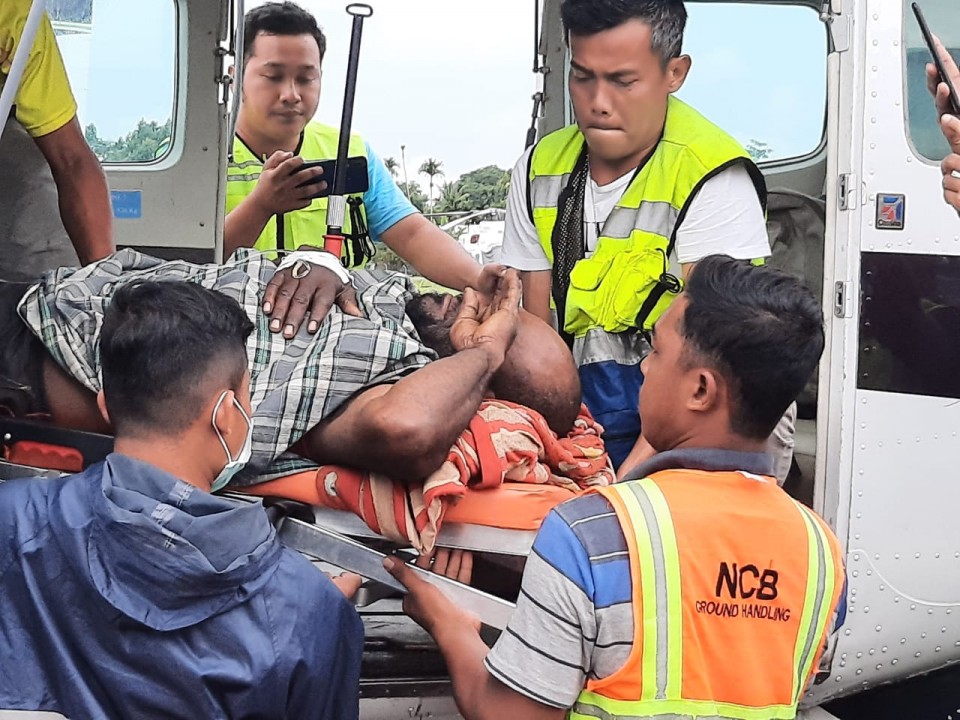 Security personnel evacuates a medical worker, who was critically injured after having been attacked by gunmen believed to be rebels of the separatist Free Papua Movement, from a remote village in Intan Jaya Regency easternmost, restive Papua Province on May 23, 2020.(Photo courtesy of the Papuan Police)(Kyodo)

Papua Police spokesman Ahmad Musthofa Kamal said the injured worker, who heads the local public health community center, is in critical condition and being treated at a pastoral service center.

The other medical worker was a civil servant at a local health agency, he added.

Police and military personnel have been dispatched to the village to evacuate both of them.

It is unclear who was behind the attack, but both the police and military believe the assailants might be members of the Free Papua Movement.

The western half of New Guinea was taken over by Indonesia from Dutch colonialists in 1963 and incorporated into the country after a 1969 U.N.-sanctioned plebiscite.

Since then, it has had a long-running separatist movement led by the Free Papua Movement, whose military wing is known as the West Papua National Liberation Army.

Smoke from Indonesian fires may add to respiratory illness spike