The Nagasaki prefectural government said Sunday it is sending 44 Indonesian crew members on an Italian cruise ship docked in southwestern Japan back home after they tested negative for the novel coronavirus.

A total of 148 out of 623 crew members aboard the Costa Atlantica, docked for repairs at a Mitsubishi Heavy Industries Ltd. plant in Nagasaki city, have tested positive for the respiratory illness caused by the virus. No passengers are aboard the ship.

While 61 Indonesian crew have tested negative, some of them are required to stay on board to maintain the ship's mandatory functions, according to the prefecture.

The 44 crew members will leave Tokyo's Haneda airport early Monday and arrive in Jakarta in the morning the same day, it said.

According to the operator Costa Cruises, crew members of the ship are from more than 30 nations, mostly in Asia. 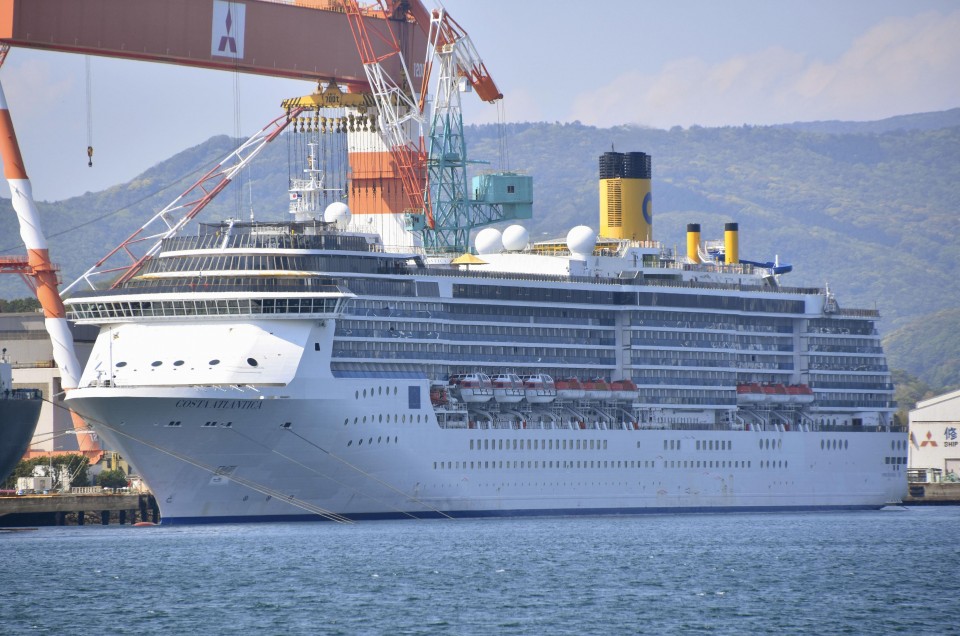 The company is planning to send home those who have tested negative and is discussing the matter with the Japanese government among other parties.

The first infection among the 623 crew members was confirmed on April 20. Two of the infected crew, a male and female of foreign nationality, have been hospitalized at a designated medical facility in Nagasaki due to severe symptoms.

The rest of the crew members including those with mild symptoms of COVID-19 have remained aboard.

The vessel was originally due to undergo repairs in China but Mitsubishi Shipbuilding Co., a unit of Mitsubishi Heavy Industries, eventually received the repair order due to the virus outbreak, which was first reported in the central Chinese city of Wuhan late last year.

Another cruise ship, the Diamond Princess, was quarantined in Yokohama near Tokyo in February with around 3,700 people aboard after a passenger was found infected with the virus.

About 700 people on the cruise ship eventually tested positive, while 13 died.

Uninfected crew on cruise ship in Nagasaki to be sent home