The following are questions and answers regarding the border controls Japan has implemented to curb the spread of the novel coronavirus.

Q: What are the measures being taken?

A: Prime Minister Shinzo Abe's government has imposed an entry ban on foreign travelers who have recently traveled to high-risk countries and suspended visas issued to the majority of the world, stopping almost all travel into Japan.

Q: What countries are covered by the entry ban?

A: A total of 87 countries across six continents. They include China, South Korea, the Philippines, Indonesia, Thailand, Australia, New Zealand, the United States, Canada, Brazil, Peru, Iran, Saudi Arabia, Turkey and all of Europe.

UPDATE!  Countries/regions subject to denial of landing (Ministry of Justice, as of May 27)

Q: Who is being refused entry and who is still allowed in?

A: In principle, the entry ban applies to all foreign nationals. Even if you are a permanent resident of Japan, if you have been to any of the blacklisted countries within two weeks of arriving in Japan, you will be turned away.

There are some exceptions. The government recognizes "special exceptional circumstances" that warrant allowing foreign nationals into Japan despite the entry ban. The most common examples are diplomats and aircrew that are only in the country between flights.

UPDATE!  Specific examples of cases where permission for re-entry may be granted (Ministry of Justice, as of June 12)

Japanese nationals and special permanent residents -- a status held by about 32,000 ethnic Koreans whose families gave up Japanese citizenship but remained in the country after World War II -- are exempt from the entry ban.

All arrivals, regardless of nationality, are required to be tested for the coronavirus and self-isolate for two weeks. 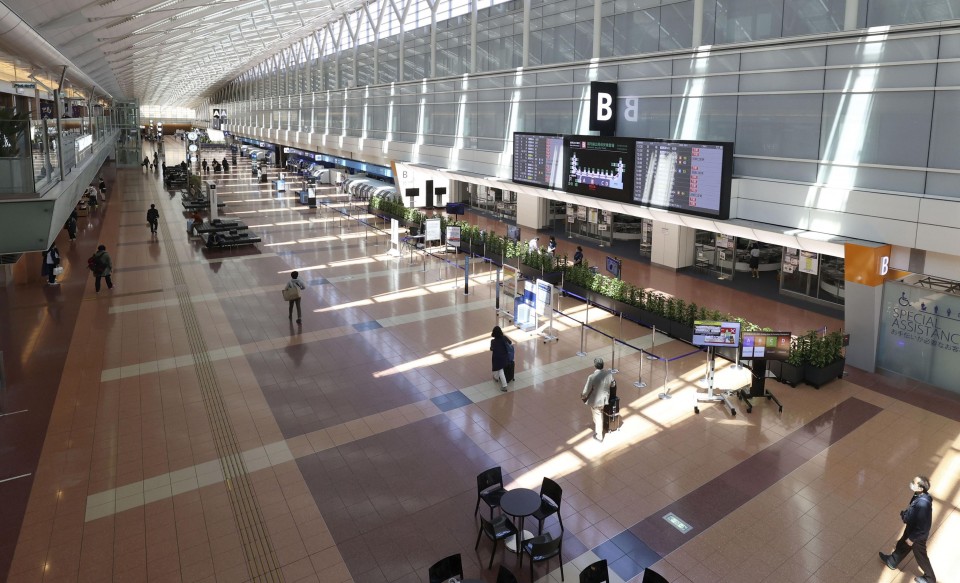 (Fewer people than usual are seen at the international departure lobby at Tokyo's Haneda airport on April 25, 2020, the first day of Japan's Golden Week holidays, under a state of emergency over the coronavirus pandemic.)

A: The entry ban has drawn criticism particularly from Japan's expatriate community, as it prevents them from traveling home even to address urgent business. An official at the Immigration Services Agency said that "first and foremost, the objective is to prevent the spread of the coronavirus" and that allowing too many exceptions to the rule would render it pointless. The official stressed that it was a temporary measure and asked for patience.

Q: How long will the entry ban remain in place?

A: The government says it will be in place "for the time being," essentially meaning however long it takes for the situation to improve. That could take weeks or months, and the measure looks unlikely to be lifted while the nationwide state of emergency is in effect.

Q: What about visa suspensions?

A: Along with the entry ban, the government has suspended visas issued to foreign nationals across more than 170 countries. This is not based on the nationality of the person or where they have traveled to, only where the embassy or consulate that issued the visa is located.

Visa waiver programs between Japan and other countries for visits of up to 90 days in length have also been suspended. Both of these measures were initially in place until the end of April but have been extended to the end of May.

Japan to extend entry ban to Russia, 13 other countries: Abe

Japan ups travel alert for Russia, 13 other nations over virus