Coronavirus to cut foreign visitors' spending in Japan by $22 bil.

The new coronavirus outbreak is projected to cut spending by overseas travelers to Japan between February and August by 2.36 trillion yen ($22 billion), a think tank said Wednesday, with figures only expected to return to pre-virus levels next spring.

The Resona Research Institute had previously forecast in March that inbound spending from February to June will be reduced by 981.3 billion yen.

The think tank assumed the number of foreign visitors in Japan will plummet by 99.9 percent from a year earlier in May -- the same pace of decline as in April shown by data from the Japan Tourism Agency. It also projected a 97.0 percent plunge in June. 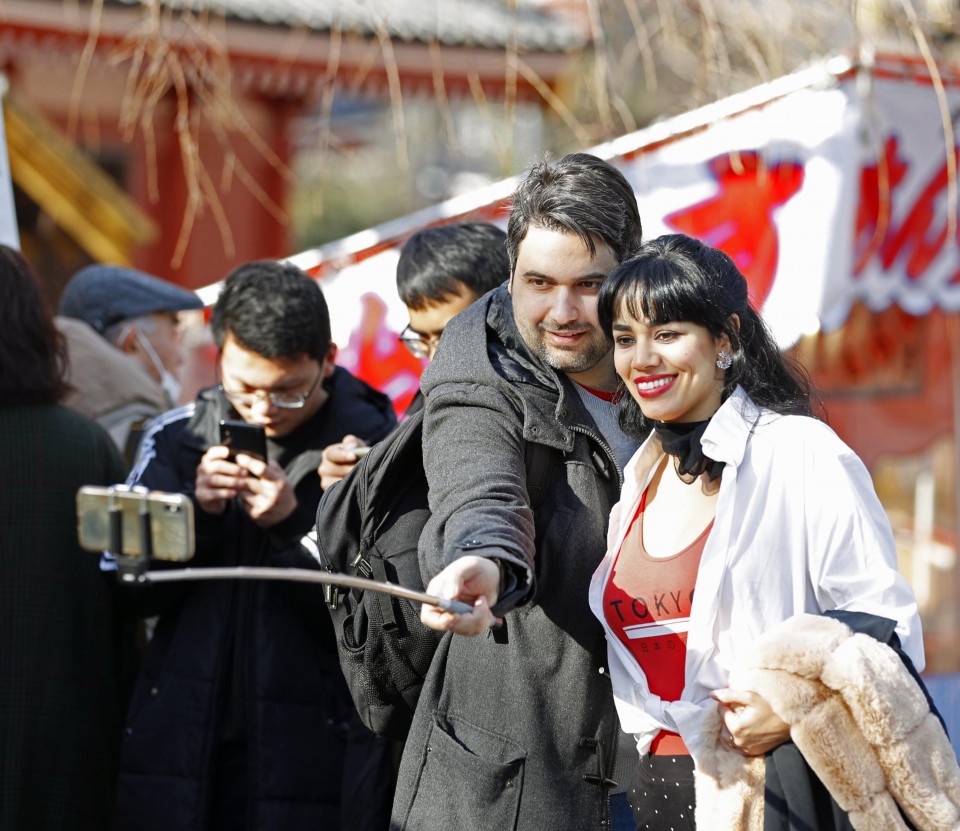 For the time being, overseas travelers are expected to be limited to those engaged in businesses in Japan, according to the institute. Japan has imposed an entry ban on more than 100 countries and regions amid the pandemic.

By sector, the institute estimated spending at department stores and drugstores will decrease by 853.2 billion yen, accommodation facilities will see a reduction of 679.9 billion yen, followed by a 498.8 billion yen fall at eateries and a 240.1 billion yen decline for the transportation industry.

In the Kanto region centered on Tokyo, the think tank said consumption by foreign visitors will decrease by 878.3 billion yen in the seven-month period, while the Kansai region covering Osaka and Kyoto in western Japan will see a fall of 709.7 billion yen.