The Japanese government is looking to revive the tourism industry, a key driver of the economy that has been battered by the novel coronavirus pandemic, by paying for people to go on vacation in the country.

Under its Go To Travel initiative, the government will provide subsidies worth up to 20,000 yen ($185) per day for people going on leisure trips.

The subsidies will cover half the cost of trips, distributed through a combination of steep discounts and vouchers to be used at nearby restaurants and shops. The initiative is expected to begin as early as late July, applying to bookings made through Japanese travel agencies or directly with hotels or "ryokan" traditional Japanese inns, though the cost of traveling to Japan will not be covered in any part.

The government is eager to jump-start the world's third-largest economy, which was already flagging following a consumption tax hike last year before the coronavirus and emergency brought business activity to a halt. 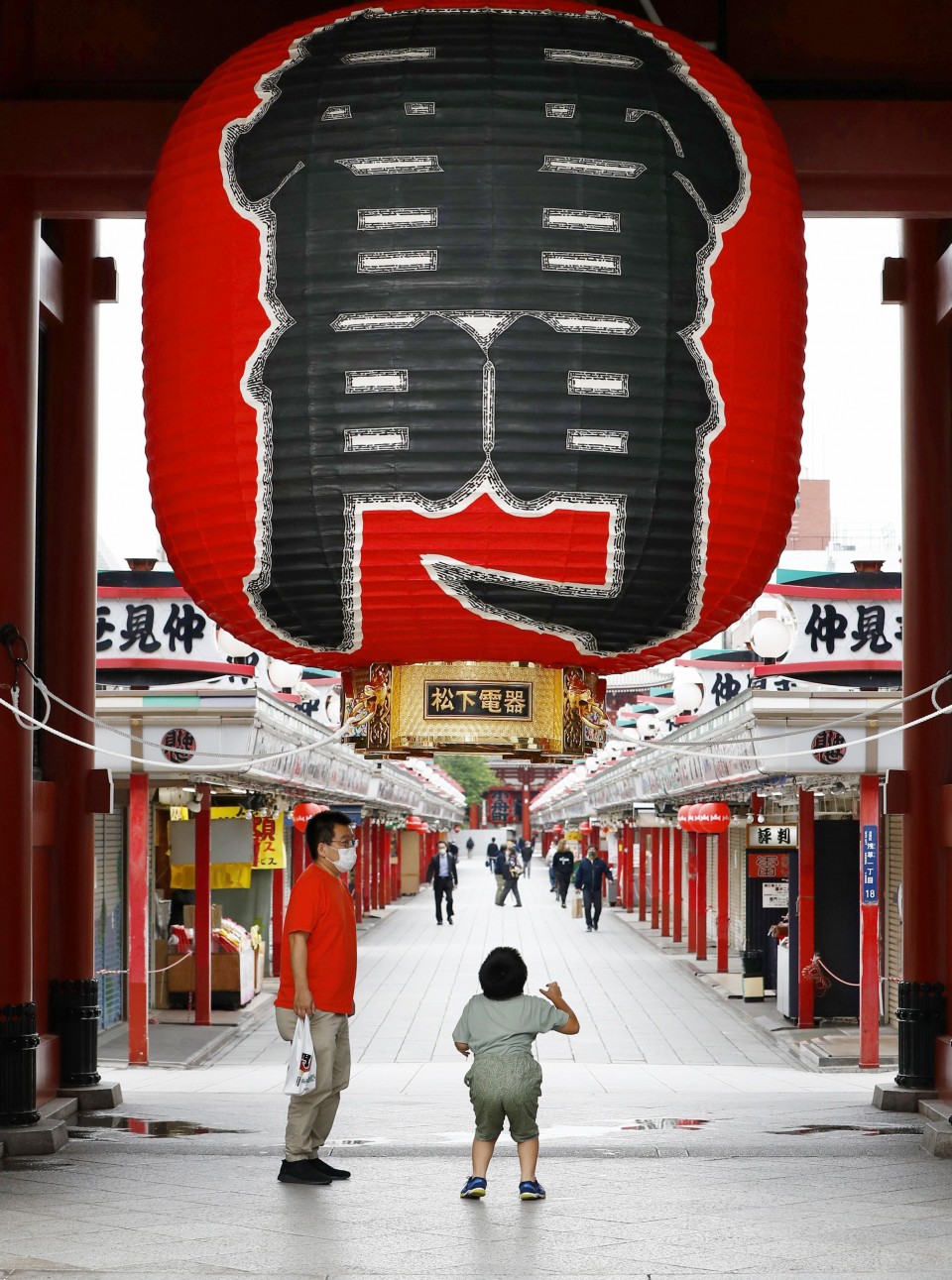 (Much fewer people than usual are seen in Tokyo's Asakusa district on May 20, 2020, amid the outbreak of the new coronavirus)

The tourism industry has been among the hardest hit as many Japanese have stopped going to the office, much less on vacation. Hopes for an influx of foreign visitors this summer were dashed as the Tokyo Olympics were postponed and Japan imposed an entry ban on more than 100 countries and regions.

According to a survey by Tokyo Shoko Research, 31 companies in the accommodation business either declared or were preparing to file for bankruptcy in April because of the pandemic.

Prime Minister Shinzo Abe on Monday lifted the state of emergency in Tokyo and the surrounding area as well as Hokkaido, having done so for the rest of the country earlier this month, signaling the start of the return to normal life.

Some 1.35 trillion yen has been earmarked for the Go To Travel initiative, part of an emergency package that Abe has said will exceed 200 trillion yen.