Some hotels and a university are offering free accommodation to foreigners who are stranded in Japan because their home countries have closed the borders due to concerns over the spread of the coronavirus.

The Kaname Inn Tatemachi, a hotel in the popular tourist spot of Kanazawa in central Japan's Ishikawa Prefecture, has even taken out bank loans totaling 80 million yen ($742,000) to help it provide assistance. Its operator said it hopes to "repay foreigners who have come to Japan for sightseeing."

The hotel first provided a period of free lodging to a Dutch traveler in late March, and has since received an increasing number of inquiries from foreign tourists and students. 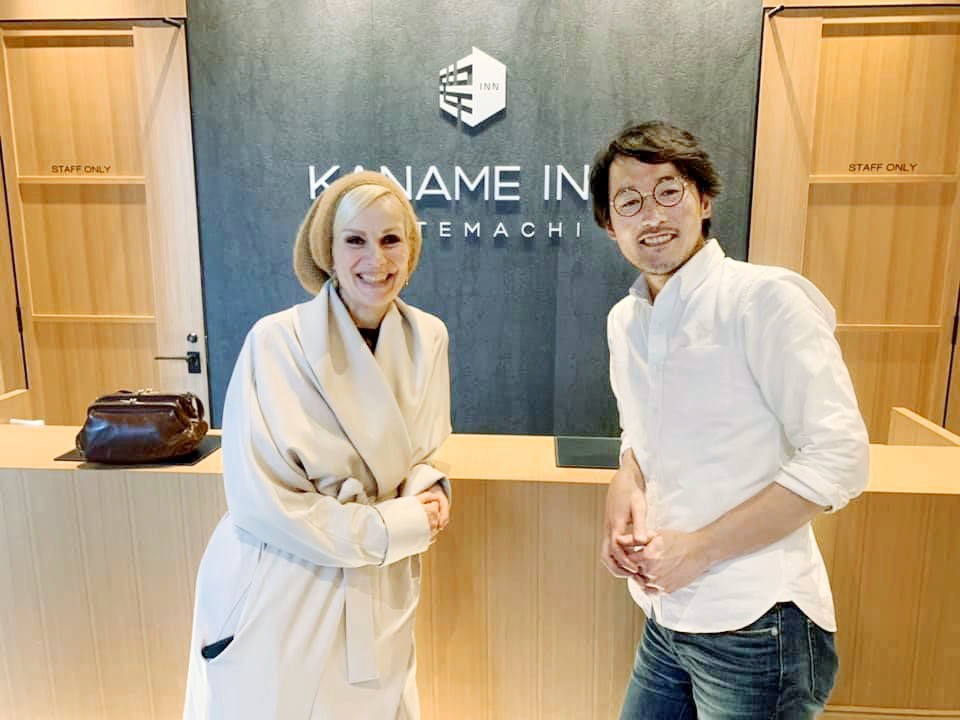 Supplied photo shows Hiroshi Hosokawa (R), CEO of Slacktide, and a Dutch visitor at Kaname Inn Tatemachi, which was providing free lodging to foreign travelers stuck in Japan due to the coronavirus pandemic, in Kanazawa in March 2020. (Kyodo)

By mid-May, the hotel had been contacted by around 50 groups of foreigners, including Argentine pair German Colodro, 31, and Cecilia Citra, 29, who have been staying there since May 6.

After arriving in Japan last September with working holiday visas valid for one year, the two had been working in Nagano Prefecture, central Japan, until they were let go by their employer due to the coronavirus.

The Argentinians managed to find a new job at a resort in Okinawa, only to lose it as the pandemic saw tourist numbers plummet in the southern island prefecture.

Being unable to return home, the pair finally secured a place to stay at the Kanazawa hotel after the Argentinian Embassy passed on details about it.

Colodro says finding the hotel was a stroke of luck but he is still worried about how long they can stay there as he does not have anywhere else to go.

Citra mentioned that she and Colodro are also fortunate that their visas are valid for another four months but explained that other foreigners are in the country with expired visas.

However, the Immigration Services Agency of Japan said in early April it would provide a deadline extension for foreigners to renew their visas to alleviate congestion at immigration centers. The measure was targeted at helping both foreign residents of the country and people such as tourists who were in Japan on a short-term basis.

The measure targets those whose stays expire between March and July, including tourists. 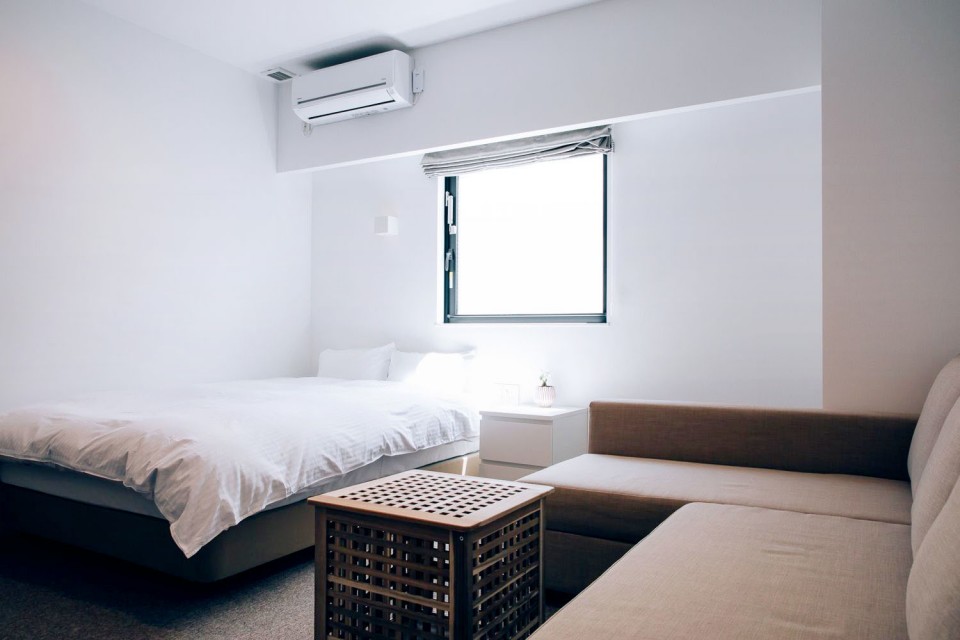 Undated supplied photo shows a room at a hotel in Kanazawa that is providing free lodging for foreign visitors stuck in Japan due to the coronavirus pandemic. (Kyodo)

So far, three accommodation providers run by two operators in Tokyo have joined the campaign (https://kaname-inn.com/room-for-rescue/list/).

"There must be a lot of foreigners in Japan under similar circumstances," said Hosokawa. "I think that, primarily, the government should take the initiative, but I will do what I can."

The Kanazawa hotel plans to continue the free service at least until the end of this month.

"When I studied abroad when I was in high school, the people helped me there. Naturally it's a matter of helping each other in tough times," said Chikako Sakiyama, a researcher at the Research Center for Nuclear Physics of the state-run university, who initiated the assistance.