People in Japan's service and distribution sectors which had been forced into closure or hit hard by the coronavirus pandemic have voiced mixed feelings as Prime Minister Shinzo Abe lifted a state of emergency over the virus in the country.

With the end of the emergency Monday, restaurants and shops will gradually get their businesses back on track so long as they take precautionary measures.

But Eisuke Urawa, a managing director at a trade association representing some 400 wholesalers involved in the Toyosu market in Tokyo, expressed concern that a business restart without an established cure or vaccine for the virus may not be appropriate because of the risk of a second and even a third wave of infections.

"I'm not fully convinced that lifting the state of emergency at this time is justifiable given the risk of viral resurgence," Urawa said.

Wholesale volume for restaurants and other eateries fell as much as to 30 percent in April because the outing restrictions and a 99.9 percent decline in the number of foreign visitors in the month diminished demand, according to the association. 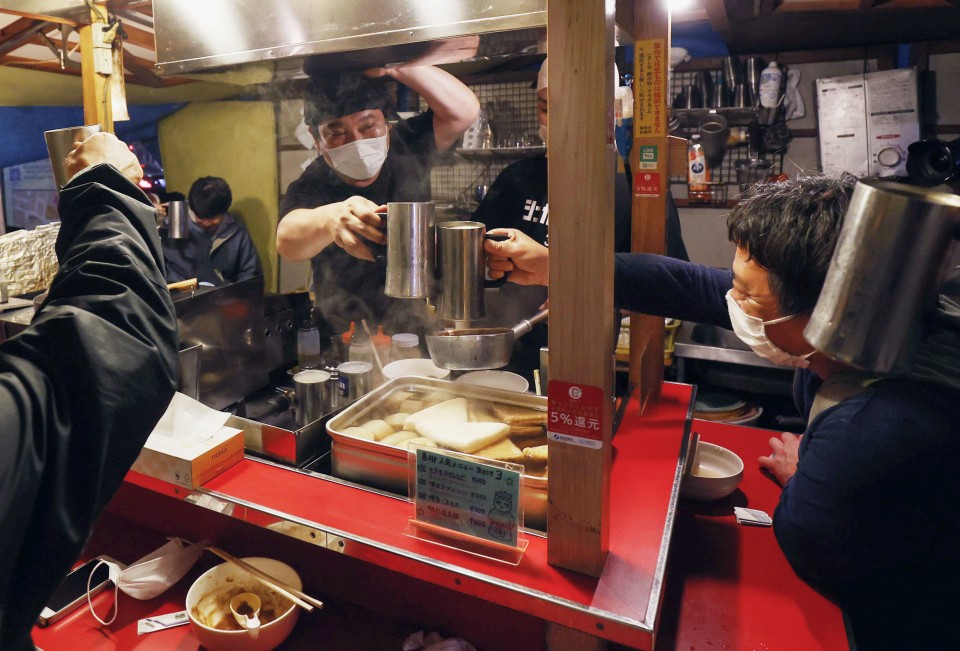 An outdoor restaurant reopens in Fukuoka, southwestern Japan, on May 15, 2020, a day after a coronavirus state of emergency was lifted for Fukuoka and 38 other prefectures. (Kyodo)

Noting that teleworking and eating more often at home has seemingly become the new norm since the outbreak, Urawa said, "It could take a long time before we see a sizable recovery in demand."

A hasty economic reopening could simply increase the risk of new infections which could lead to a further economic fallout, he said.

Daisuke Hirota, a pub-restaurant owner in the capital's Minato Ward, has a similar view of the economy as he expects the restaurant's earnings to fall at least 20 percent short of the pre-pandemic level.

Since the virus containment measures imposed on April 7, sales at the pub have tumbled nearly 80 percent from a year earlier, according to Hirota.

Denying the possibility of a quick recovery, he said, "I suppose the protracted way of life under the virus threat has changed how people spend their time and money" to a more introverted way.

Among industries that took a severe blow from the virus, Japan's department store sales logged a record year-on-year fall of 72.8 percent in April amid the dearth of foreign customers and reduced operations in line with the government's request.

"We believe the flow of customers will gradually recover," said a man who works at Matsuya Ginza department store in the Ginza shopping district in Tokyo after more than 50 days of closure.

A spokesman for its operator Matsuya Co. said the store has taken many steps to minimize the risk of infection of COVID-19, the pneumonia-like disease caused by the virus.

"I want many customers to enjoy shopping again without worrying about COVID-19," he said.

However, economists said the impact of the coronavirus pandemic is so severe that it could take years to heal. 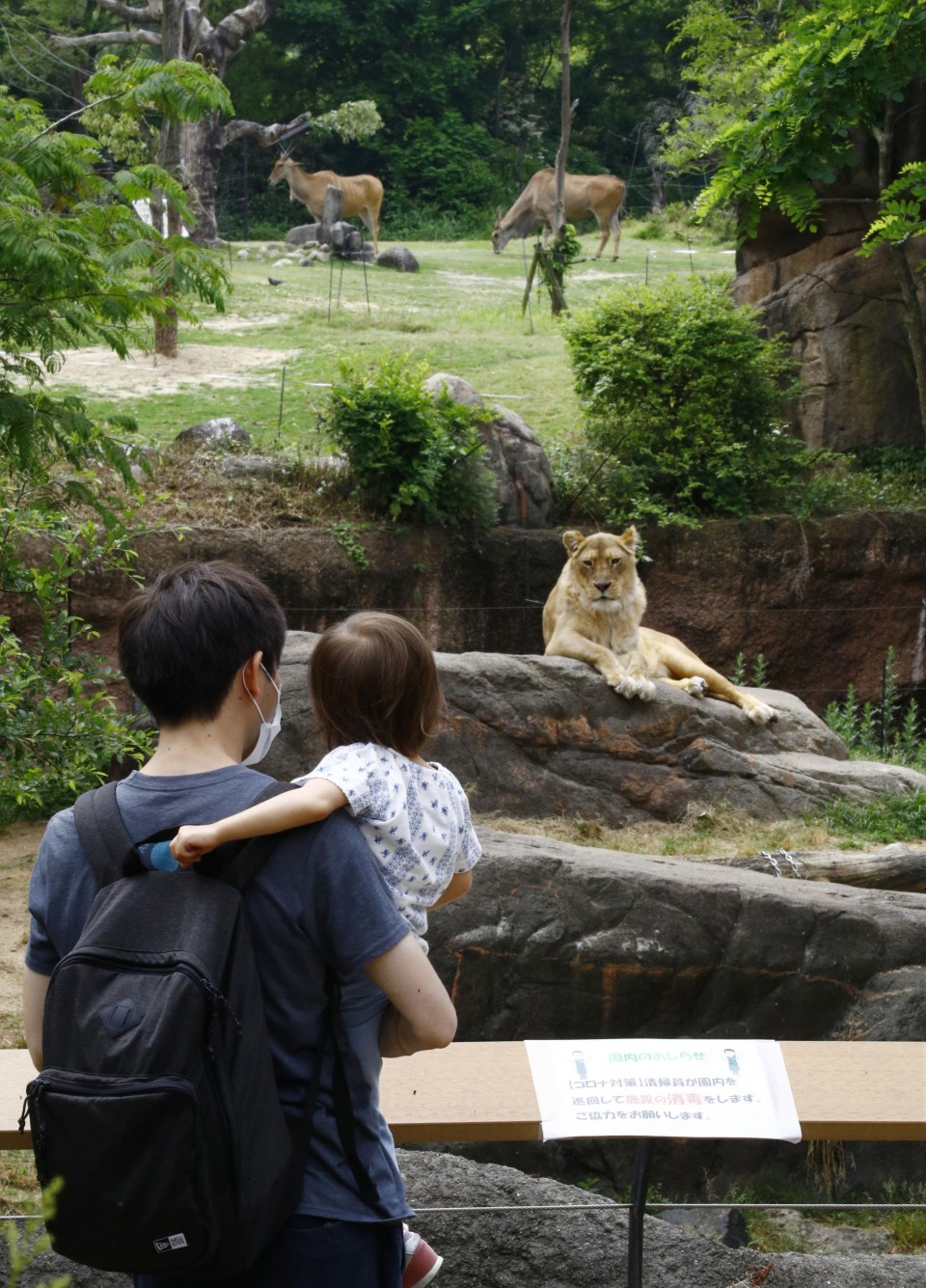 Visitors watch a lion at Tennoji zoo in Osaka on May 26, 2020, as it reopens after a coronavirus state of emergency was entirely lifted in Japan the previous day. (Kyodo)

Ryutaro Kono, chief economist at BNP Paribas Securities (Japan) Ltd., said easing business restrictions in stages implies that the recovery in activity will be only gradual.

The latest monthly business confidence survey from IHS Markit and the au Jibun Bank suggested the economy is on course for a lengthy struggle.

Its flash composite purchasing managers' index, which gives a snapshot of business activity, rose to 27.4 in May in a marginal rebound from a record low of 25.8 a month earlier.

The readings, however, are way below the boom-or-bust threshold of 50 and worse than the lowest point during the financial crisis that followed the 2008 bankruptcy of Lehman Brothers Holdings Inc.

Kono expects that, with the practice of social distancing and spending more time at home likely lingering, vigor in the service sector will not recover to the pre-pandemic level for at least the next several years.

He said companies should drastically reform their business models to meet such changes in consumer behavior, and called on the government for policies to encourage such transformation.

Japan gives up approving Avigan in May for coronavirus treatment