60% still go to office despite state of emergency over virus: survey

About 60 percent of company employees in Tokyo and six other prefectures still commute to their offices despite the state of emergency declared for those areas to curb the coronavirus pandemic, a think tank survey showed Friday.

The online survey by Persol Research and Consulting Co., covering some 25,000 workers nationwide, also showed the rate of regular employees working from home across Japan has roughly doubled to 27.9 percent in mid-April from 13.2 percent a month earlier.

On April 10, 58.5 percent of regular workers in the seven prefectures under the state of emergency said they still reported to the office, indicating there is a long way to go to reach the government's target announced last Saturday of cutting the volume of commuters by 70 percent to slow the virus spread.

Prime Minister Shinzo Abe declared the state of emergency for Tokyo, Osaka and five other prefectures on the night of April 7, and expanded it to the entire country on Thursday. 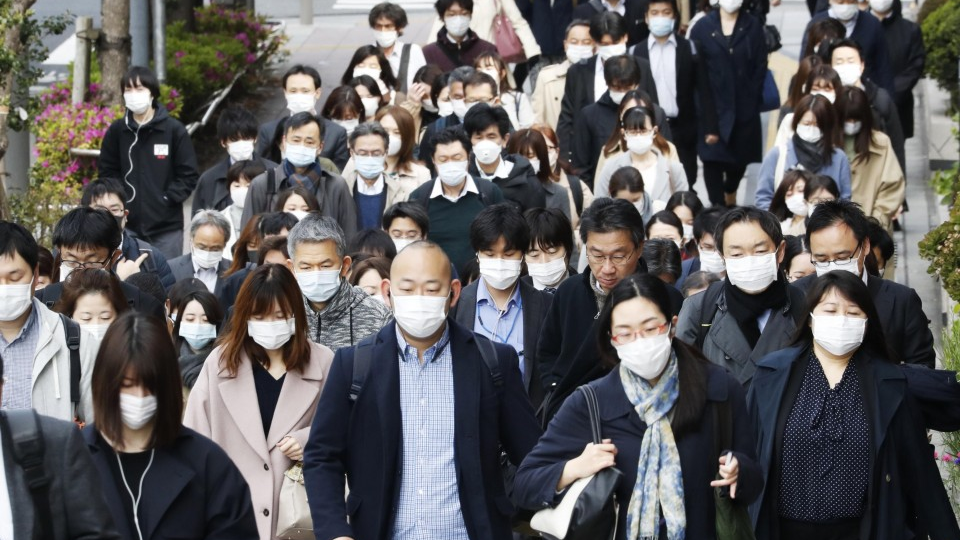 Cut in human contact not enough to contain virus: Abe

For three days from April 10, 38.8 percent of permanent employees in the seven prefectures telecommuted, with the rate reaching 49.1 percent in Tokyo, but only 13.8 percent teleworked outside those areas under the emergency declaration, the study showed.

In the capital, the rate of teleworking regular employees stood at 23.1 percent in the previous survey conducted between March 9 and 15.

"We assume many people still have to go to their office because of their duties, such as seal stamping, faxing" and other tasks related to paper documents, a Persol Research official said in analyzing the trend of slow permeation of telework in Japan.

Among the respondents across Japan who worked from home, the first-time teleworkers accounted for 68.7 percent, up from 47.8 percent.

The study also revealed that teleworking spread in the seven prefectures day by day following the state of emergency declaration, with the rate of regular workers commuting to the office decreasing from 61.8 percent on April 8 to 59.0 percent on April 9 and 58.5 percent on April 10.

Before the declaration, 71.7 percent of those workers went to the office on April 6.

Of the 25,000 respondents, both men and women aged between 20 and 59 working for companies with 10 or more employees, some 22,000 were regular workers and 3,000 nonregular ones. The previous survey in mid-March only targeted some 21,000 permanent staff.