Coronavirus fears left shinkansen bullet trains and expressways deserted on the first day of the Golden Week holiday on Saturday as the pace of infection in Japan has yet to show clear signs of slowing.

Many of the shinkansen trains that left Tokyo Station were over 90 percent empty, operators said, despite Golden Week, a period made up of several closely spaced national holidays, being traditionally one of the busiest times of the year for the tourism industry.

Meanwhile, the Tokyo metropolitan government reported 103 new coronavirus infections on Saturday, bringing the total number of infections in the capital to 3,836.

"The train is empty as if one whole car is reserved just for me," said a 43-year-old woman as she boarded a train at Tokyo Station to go to Nagoya to see her parents.

"I work in the finance industry and Golden Week is almost the only time I can go back home."

One Yamagata Shinkansen train, which connects Tokyo with cities in the northeast, departed Saturday morning with no passengers on board, East Japan Railway Co. said. 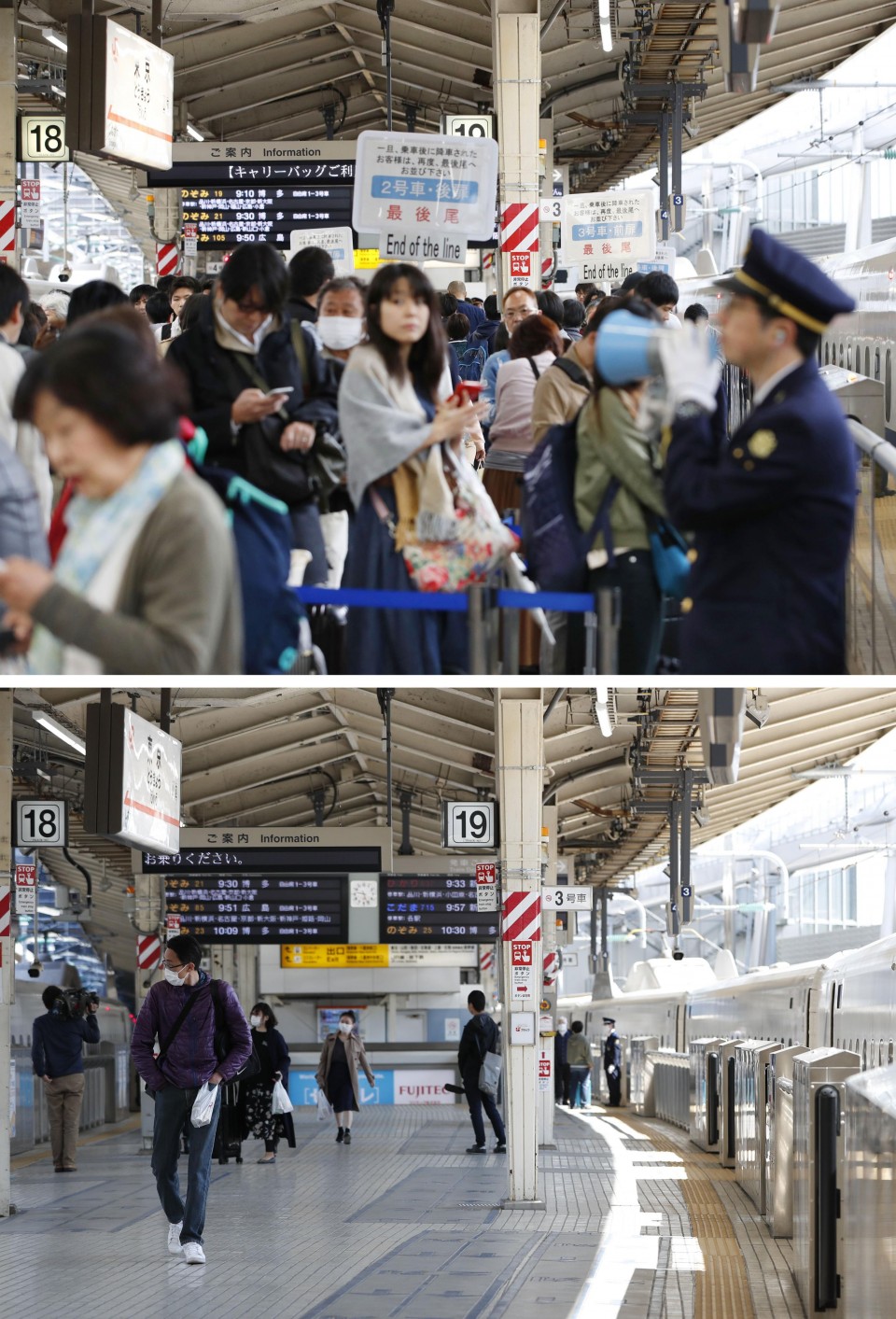 Meanwhile, the Ebina service area on the Tomei Expressway on the western outskirts of Tokyo was nearly empty, and there was little or no traffic congestion on expressways across the country, according to operators.

Airlines have also drastically reduced their services with 88 percent of domestic flights and 97 percent of international flights canceled during the holiday week.

Japan's state of emergency, declared on April 7 for Tokyo, Osaka and five other densely populated prefectures, was expanded to the entire country on April 16.

Under the state of emergency effective through the last day of Golden Week on May 6, prefectural governors can take powerful steps to prevent the spread of the virus as the central government aims for an 80 percent reduction in person-to-person contact.

However, some retail outlets and recreational facilities have started to see an increase in the number of people visiting despite the stay-at-home request, forcing local leaders to ask residents to make additional efforts to limit their outings.

Wednesday will be the first national holiday during this year's Golden Week period, but the Tokyo metropolitan government is asking companies to implement a 12-day holiday from Saturday to keep their employees from going to the office.

As of Saturday, Japan has confirmed more than 13,900 cases of coronavirus infection and 373 deaths as a result of COVID-19.