The total number of people who have been infected with the new coronavirus in Japan, excluding those who contracted it aboard a cruise ship, topped 1,000 on Friday.

Fifty-four new infections were reported that day, bringing the number of COVID-19 cases in the country, including the 14 who were repatriated to Japan on government-arranged flights from central China, to 1,012, according to a Kyodo News tally.

Including the cases confirmed among passengers and crew of the Diamond Princess quarantined near Tokyo in February, the number reached 1,724.

Of Japan's 47 prefectures, four have reported over 100 cases, including the hardest-hit Hokkaido, Tokyo and Osaka. 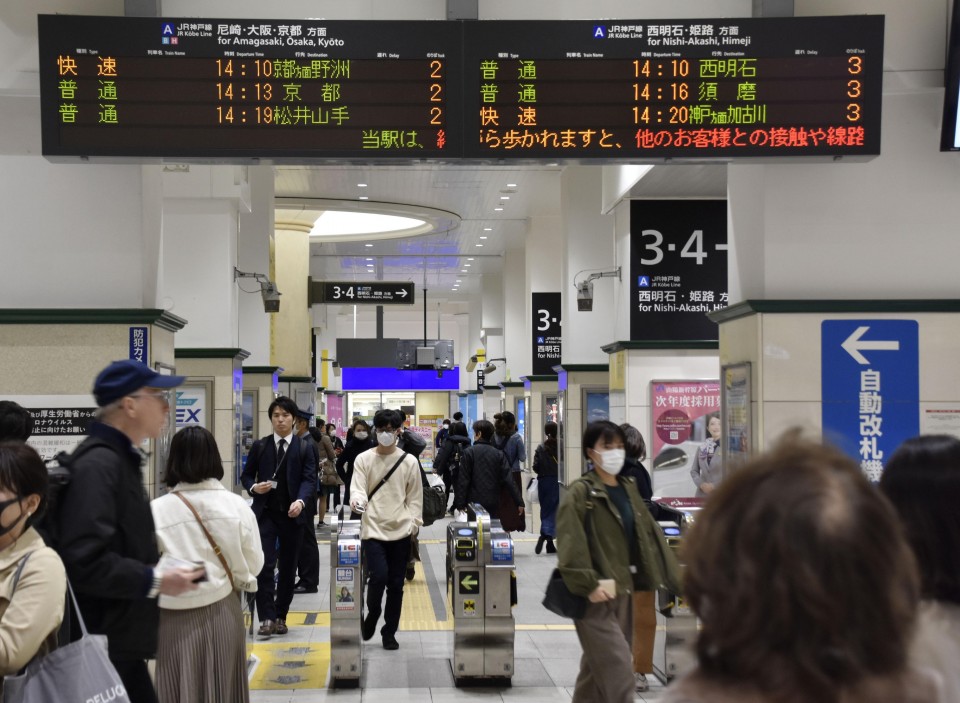 (People walk at JR Sannomiya Station in Kobe, western Japan, on March 20, 2020, a day after the governors of Osaka and Hyogo prefectures requested that nonessential travel between them be avoided over the extended weekend)

Japan not eyeing extension to school closures over coronavirus