In recent years, vegan and vegetarian restaurants have begun sprouting around Japan, but any wide-scale uptake in plant-based diets as seen elsewhere in the world is seemingly a long way off in the country's animal-focused culinary culture.

With an eye on the Tokyo Olympics and Paralympics, a movement involving local regions and political figures has begun promoting understanding of animal-free cuisine in the spirit of "omotenashi," or wholehearted Japanese hospitality.

The movement has some way to go, however, as it is certainly not controversial to say Japan lags the rest of the world when it comes to providing for vegan or vegetarian eaters.

Last year, a United Nations report said the modern world's high levels of meat and dairy produce consumption is one of the major contributors to global warming, and switching to a plant-based diet could help fight climate change. The report, however, stopped short of suggesting the world's population move to an exclusively vegetarian or vegan diet.

Public awareness of vegetarianism and veganism is gradually growing in Japan, as are the number of stores and restaurants serving meals for people who choose to not eat animals. 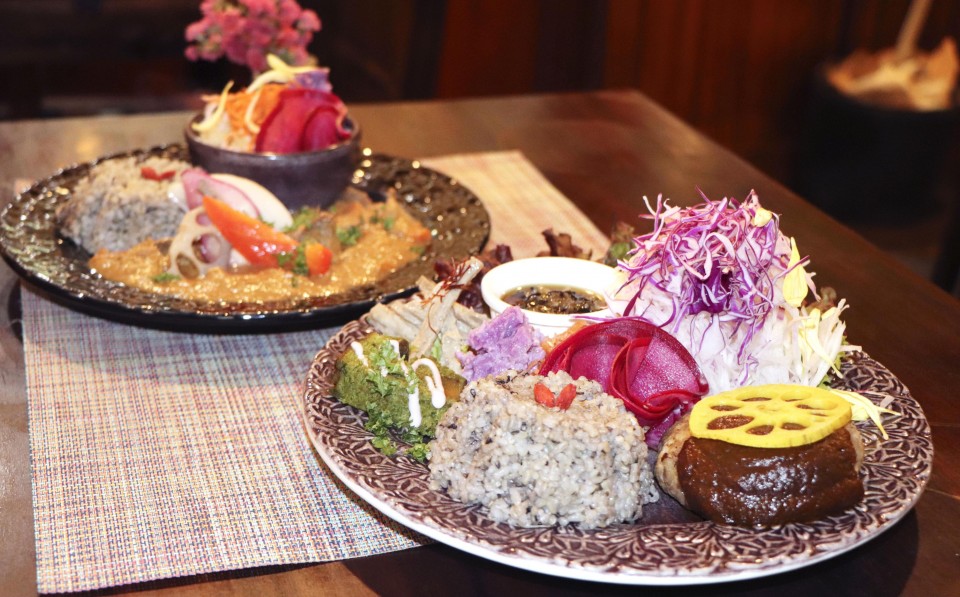 Vegan Cafe terra, a vegan restaurant in Mito, Ibaraki Prefecture, serves a variety of vegan foods such as a hamburger patty made from freeze-dried tofu called "koya dofu," minced mushrooms and onions. The cafe also serves a non-oil vegetable curry which leans heavily on mushrooms and carrots.

Indeed, the restaurant has become a hit among some "foreign vegans who had all but given up dining out" in the city, said Mitsuyo Kubota, 41, who opened the business in May 2018. "They were waiting and really welcomed an option like this," Kubota said.

While vegetarians generally do not eat meat or poultry, and some also refrain from consuming seafood, vegans are more strict, avoiding any animal products, products derived from animals like eggs or dairy, or cooking in broths made using animals.

According to Frembassy, a Tokyo-based startup operating a website that allows people to search for restaurants that accommodate specific dietary requirements, the number of domestic vegan restaurants registered with the site has increased from 400 to around 1,000 over the past two years.

Even so, Japan still lags when it comes to finding vegetarian or vegan options at nonspecialty stores. 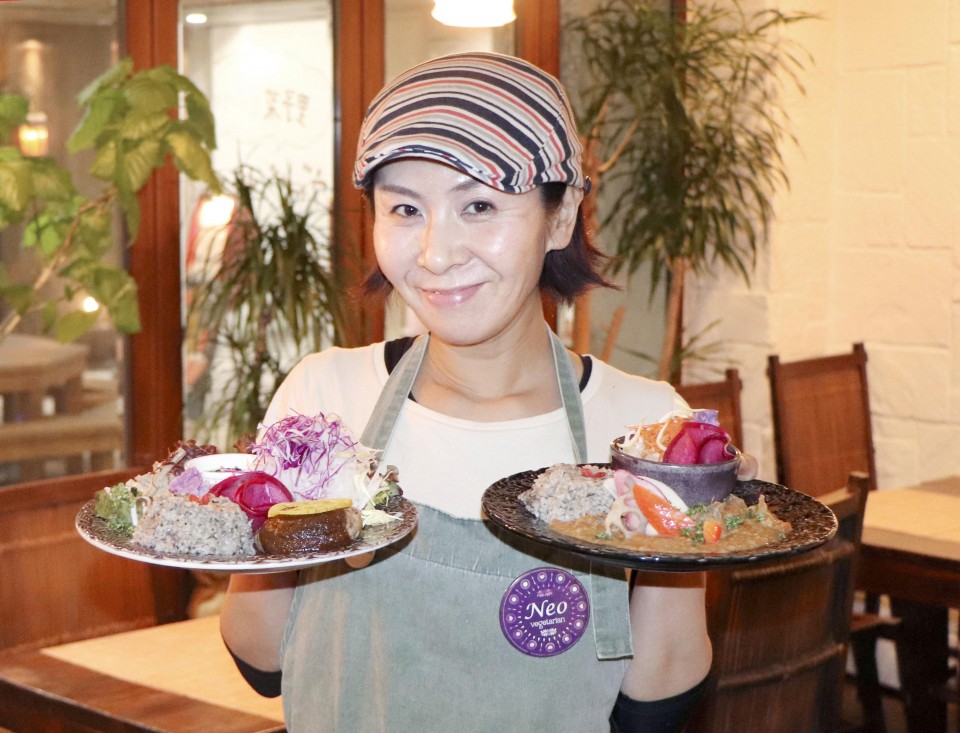 Shu Kudo, 21, head of the Japanese Vegan Community, an NPO in Kobe, western Japan, recalled being pleasantly surprised by the variety of vegan options on offer when he visited Britain. He also noticed some ordinary restaurants serving meals free of animal-derived products.

"It would make me very happy to see more restaurants like these in Japan," he said.

Last November, Japanese lawmakers formed a nonpartisan association to promote services for vegetarians and vegans, stressing the importance of understanding other dietary preferences to prepare for foreign visitors ahead of the 2020 Summer Olympics and Paralympics in Tokyo.

"There won't be any repeat travelers if people feel at a loss as to where to eat vegan or vegetarian foods," said Jin Matsubara, 63, a lower house member serving as secretary general of the association.

The lawmaker group aims to enhance convenience by providing information on vegan options around Japan, such as with its English online "Vege Map" that provides locations of vegan restaurants in Tokyo, Kyoto and Osaka.

JETRO Gunma, based in Takasaki, Gunma Prefecture, of the quasi-governmental Japan External Trade Organization, held a seminar last June for some 130 representatives from lodgings and other businesses on the recruitment of overseas chefs with experience in catering for vegan customers.

Tomonori Shibahara, 45, the director of the branch, hopes the promotion of vegan meals will pave the way for the region to export the specialty vegetables produced in the prefecture, north of Tokyo.

"We have vegan strategies using our local specialties. In Gunma, for instance, we have konjac (devil's tongue yam) and different vegetables at our disposal," said Shibahara.