Grocery home delivery businesses in Japan have been getting busier as many people hesitate to go out due to the spread of coronavirus infections.

Palsystem Consumers' Co-operative Union, which delivers food and daily necessities on weekdays in Tokyo and several nearby prefectures, said orders from its 1.6 million registered users have been rising since around mid-February.

"Total orders in the final week of February, in terms of value, grew 12.4 percent from a year earlier," said Shinji Ueda, who is in charge of public relations at the union. "That's a fairly big increase for a home delivery business." 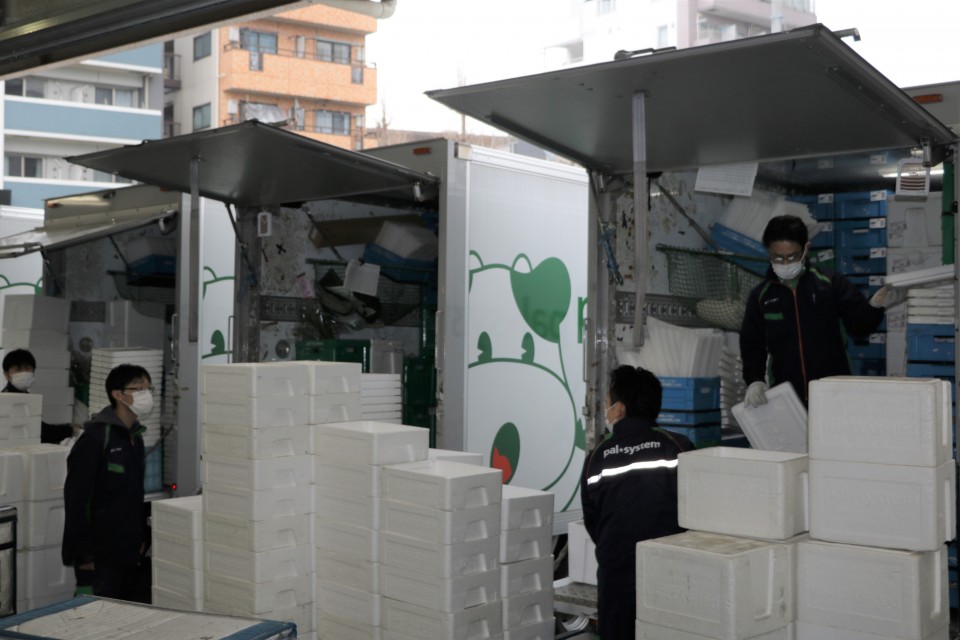 By item, orders for cooked and processed foods such as retort pouch curry sauce and instant noodles soared more than 40 percent, with frozen food items up about 25 percent and some others such as rice, "natto" fermented sticky soybeans and tofu up over 10 percent, according to Ueda.

On a late February morning at Palsystem's Koto center in Tokyo's Koto Ward, some 30 delivery trucks hit the road one after another after being loaded by their mask-wearing drivers.

"Although we have yet to analyze the sales results in detail, among users of our service are many parents of young children and the elderly, so we guess such people held back from going even to supermarkets, and then placed more orders," Ueda said.

The same trend appears to be apparent in recent sales data showing that the value of orders per person increased faster than the growth in the number of users, according to Ueda.

The sudden closure of many elementary, junior high and high schools across Japan from Monday to early April based on a request from Prime Minister Shinzo Abe may further boost the order increase, he said.

"School closures will allow children to spend more time at home and eat lunch there, which could influence the number of delivery orders," Ueda said.

The operating firm of another foodstuff home delivery service, "Oisix," which has about 2.8 million members across Japan, said sales of its "meal kit" packages of prepped ingredients have risen up to 50 percent from a year ago. With vegetables, for instance, already cut, the kit helps shorten cooking time and is popular among busy working parents.

A public relations official said the company expects customers to start also using its products on weekends instead of eating out as usual.

In a questionnaire survey conducted on users in early February by Oisix ra daichi Inc., which also operates two other delivery services, 81.7 percent of around 1,700 respondents said they are refraining from going out "as much as possible" or "to some extent."

Based on the survey result, the company began boosting its sales promotion for meal kit items, the official said. 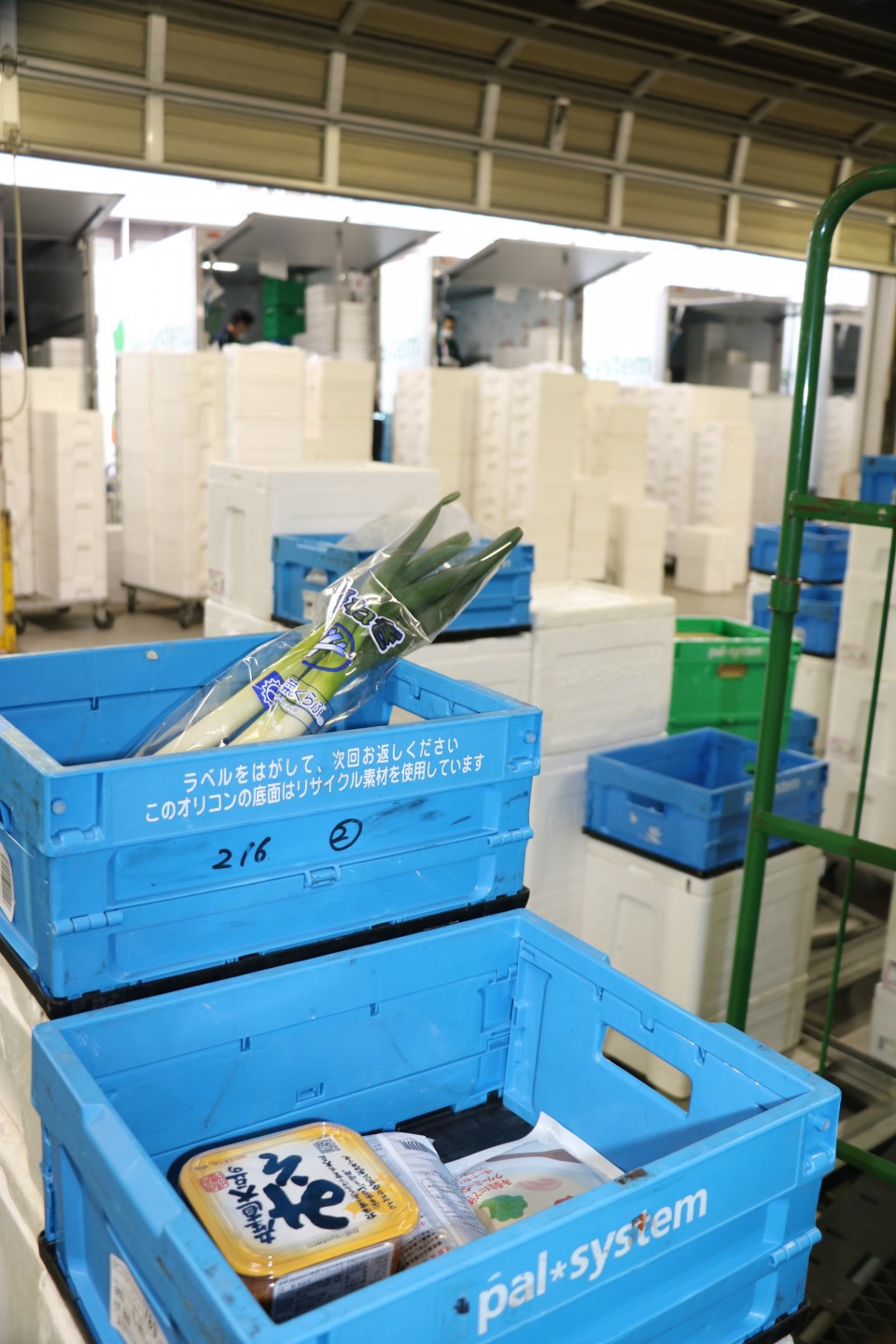 (Photo shows leeks and other foodstuff placed in crates to be shipped at Koto center of Palsystem Consumers' Co-operative Union in Tokyo's Koto Ward on Feb. 26, 2020.)

Co-opdeli Consumers' Co-operative Union, which provides a similar delivery business in eight eastern and central Japan prefectures, said sales in the last week of February, except for masks and sterilization items such as alcohol spray, grew about 3 percent from a year earlier.

However, the virus spread has presented new challenges to the grocery delivery businesses.

Palsystem had been promoting its service at events targeting toddlers and their parents, handing out fliers and free samples at venues, but most such events have been canceled out of concern over the coronavirus outbreak.

Ueda admitted the company faces a tough time in soliciting families with small children to sign up. "We have not been successful in securing many new customers since the virus outbreak," he said.

In addition, there is always a risk of virus infection to and from drivers and clients, or among workers, which could disrupt operations.

"At the moment, the (sales) figures are definitely up, but the outlook is pretty obscure because everything depends on upcoming developments in the virus spread," Ueda said. "We don't think the current upward sales trend will last."