Volunteers joined work Monday to restore the historic Shuri Castle in Okinawa, which was destroyed by fire last year, cleaning the landmark's distinctive red roof tiles that are to be reused in reconstruction.

In the volunteer work that had been delayed for nearly three weeks due to the coronavirus spread, around 50 participants began removing plaster from the roof tiles of the Hokuden north hall, Nanden south hall and the guardhouse, which were all burned to the ground.

The main buildings of the castle, the trademark symbol of the southern island prefecture and located at a World Heritage site, were destroyed in a fire on Oct. 31, suspected to have been caused by an electrical fault. 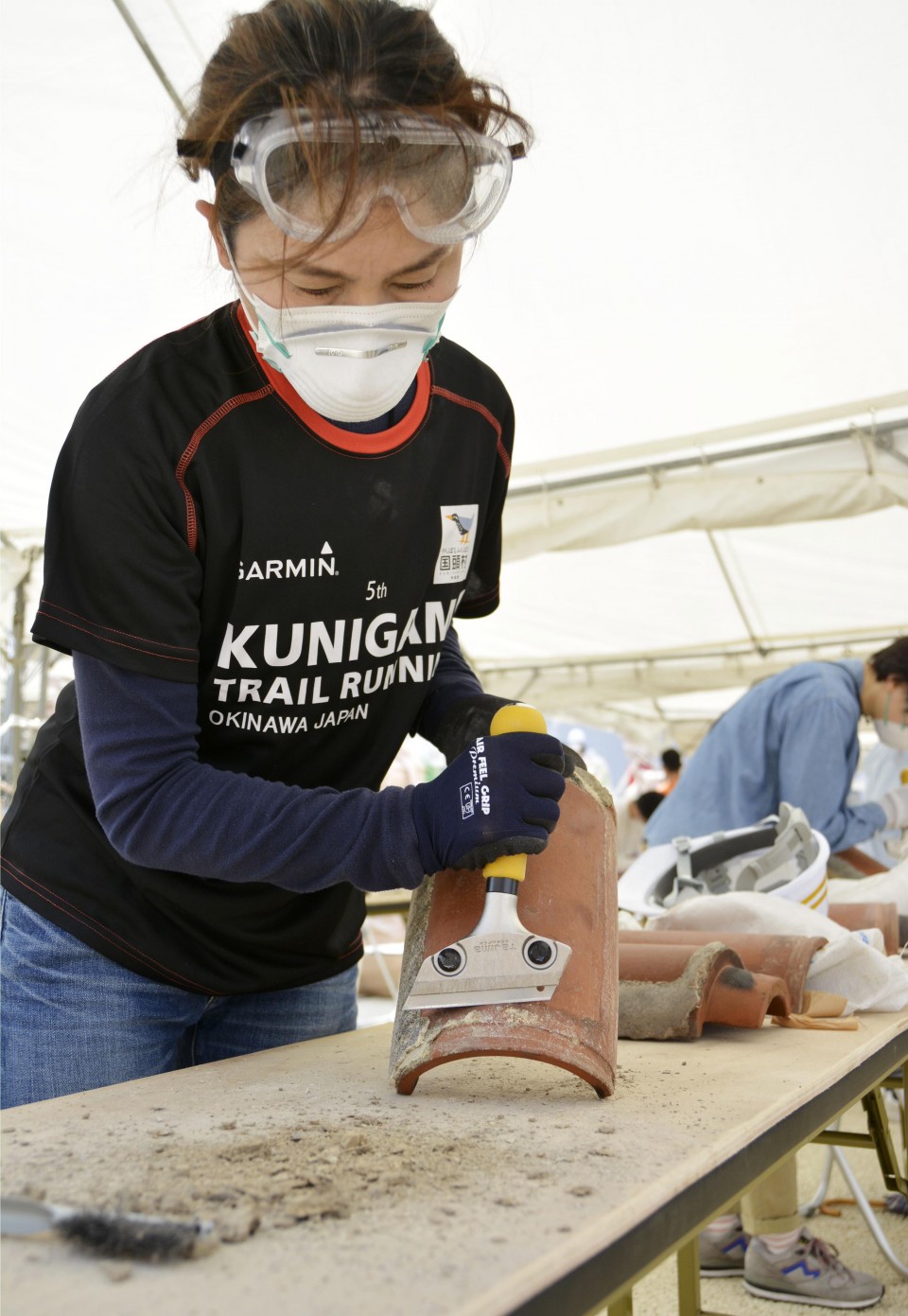 (A volunteer helps remove plaster from roof tiles from the historic Shuri Castle in Okinawa.)

While reconstruction work began on Feb. 10, the prefectural government is still soliciting ideas for how to use damaged tiles. The volunteer work will continue through April 26.

"It was a big shock to lose the symbol of Okinawa. I wanted to contribute to the reconstruction," said Mana Shimoji, 20, a Kyushu University student who is home on spring break. 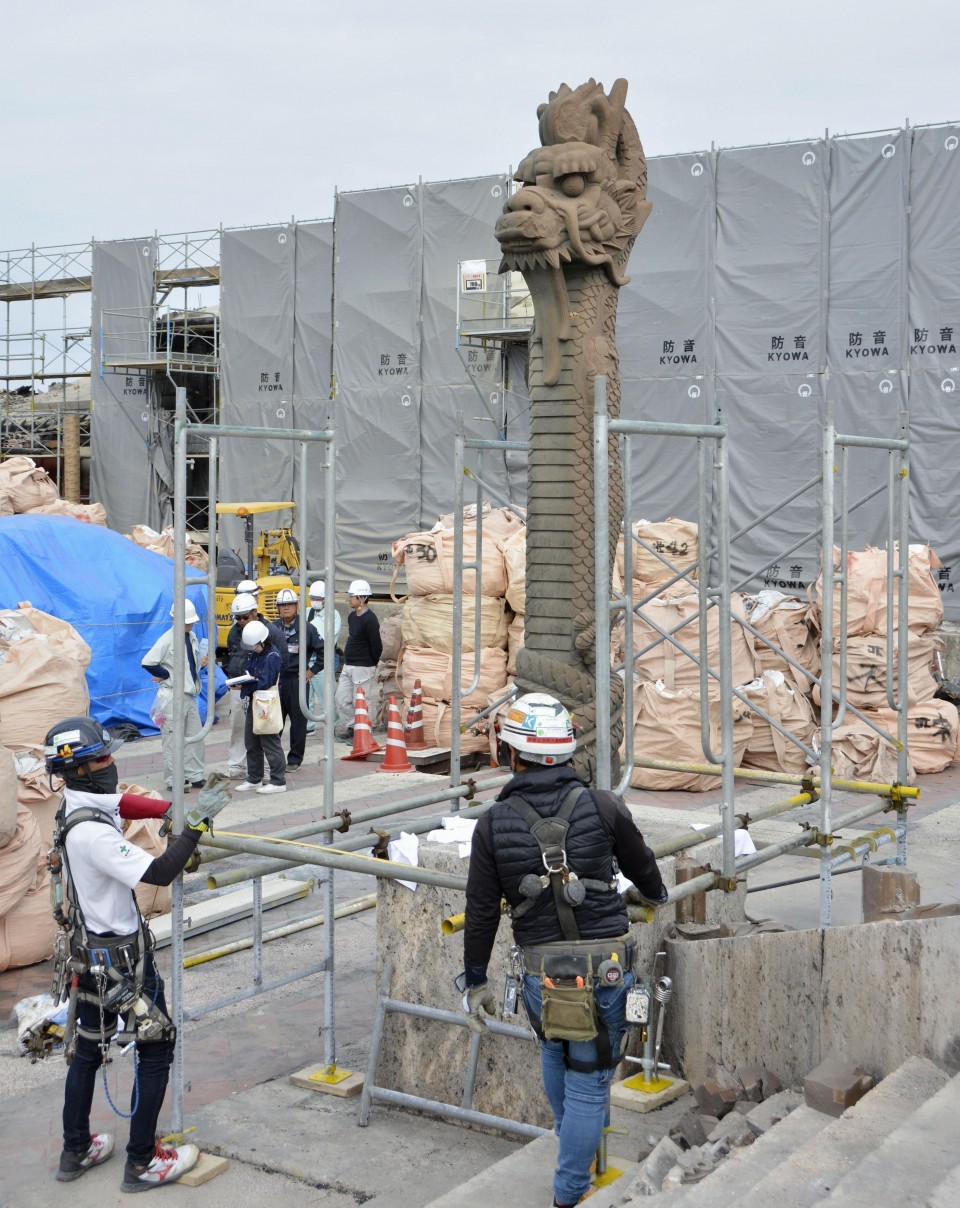 (Workers set up scaffolding around a partially damaged dragon pole at Shuri Castle in Naha, Okinawa Prefecture, on Feb. 27, 2020.)

Shuri Castle was the center of politics, foreign affairs and culture in the Ryukyu Kingdom from 1429 until Okinawa was annexed by Japan in 1879. It has burned down several times, including during World War II, and the castle ruins, excluding restored buildings, were registered as a UNESCO World Heritage site in 2000.