A power line problem might have caused a fire last week that destroyed Shuri Castle, a symbol of Okinawa located at a World Heritage site, police sources said Tuesday.

A surveillance camera captured flashing light at the left backside of the burned-down Seiden main building of the castle's first floor shortly before and after the fire started at around 2:34 a.m. on Thursday, separate sources familiar with the situation said.

When the fire broke out, a thermo-sensitive sensor at the building activated, and the police sources said other security camera footage showing a flame flaring up on the first floor has been obtained. 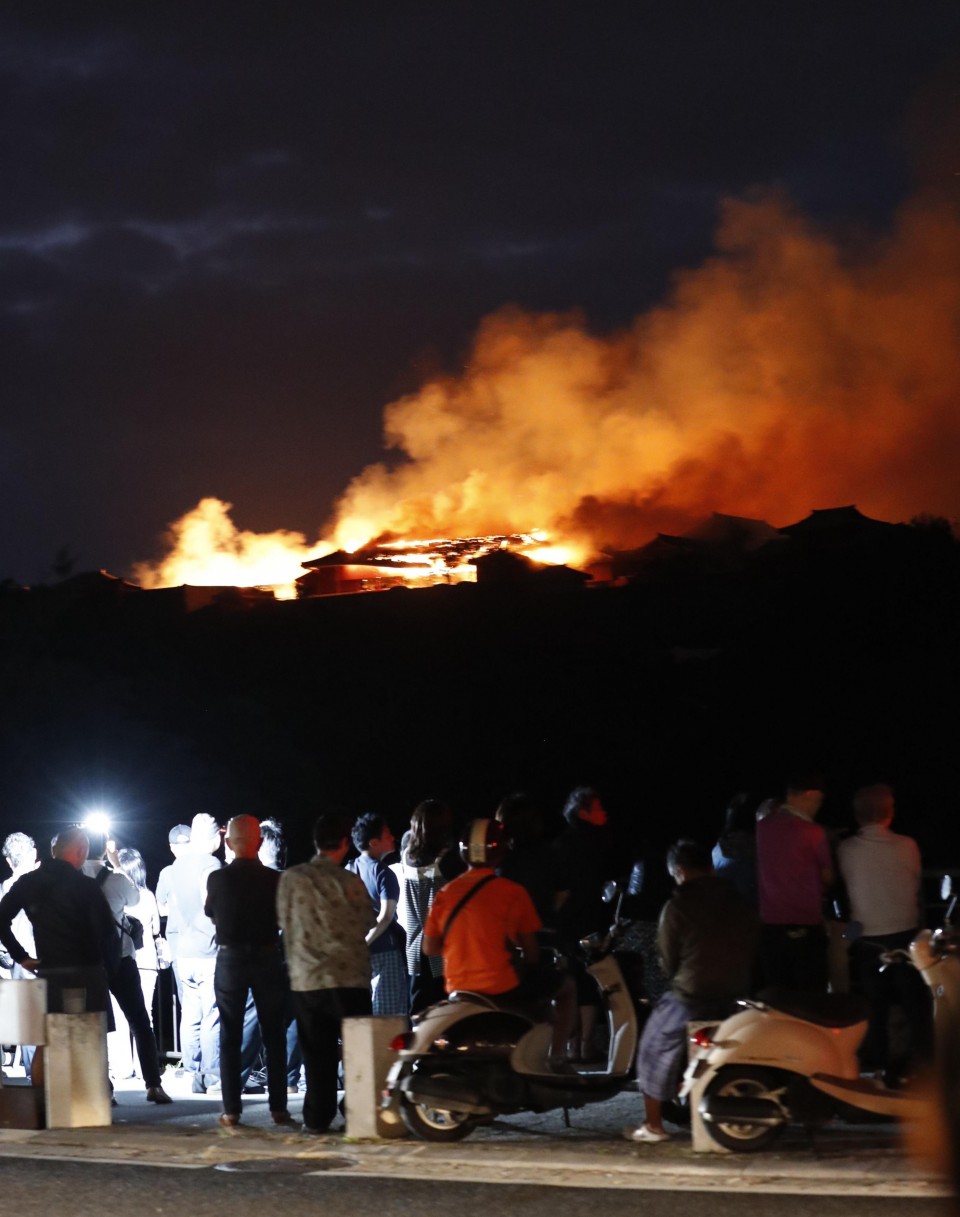 The police believe that the fire, which engulfed seven wooden buildings, occupying a total of more than 4,000 square meters, is unlikely to have been caused by arson.

After also hearing from witnesses, the police increasingly suspect the blaze spread from the main hall's left backside, or its northeastern side, because of something going wrong with an electrical system, the sources said.

Since Friday, the police have been conducting on-site investigations with firefighters to determine the cause. They have recovered a large electrical system from the north side of the main hall, but there were no traces of short-circuit as of Tuesday, according to the sources.

Workers were setting up the venue for a theatrical play performance at the courtyard in front of the main building until one and a half hours before the fire broke out, but they used power outlets from Hoshinmon, a nearby entrance area, not from the building, the sources said.

The performance was scheduled to be given as part of the castle's annual festival, which started on Oct. 27 and was supposed to last until last Sunday.