A fire gutted two thatched-roof huts near a World Heritage site in central Japan on Monday, causing a scare for locals and tourists less than a week after a blaze destroyed a historical castle in Okinawa.

After the fire was reported, the village of Shirakawa asked residents to make use of its 59 fire monitors to spray water on thatched roofs in the area so as to prevent the blaze from spreading to traditional "gassho style" farmhouses. The precious historical houses were not damaged and no one was injured by the fire. 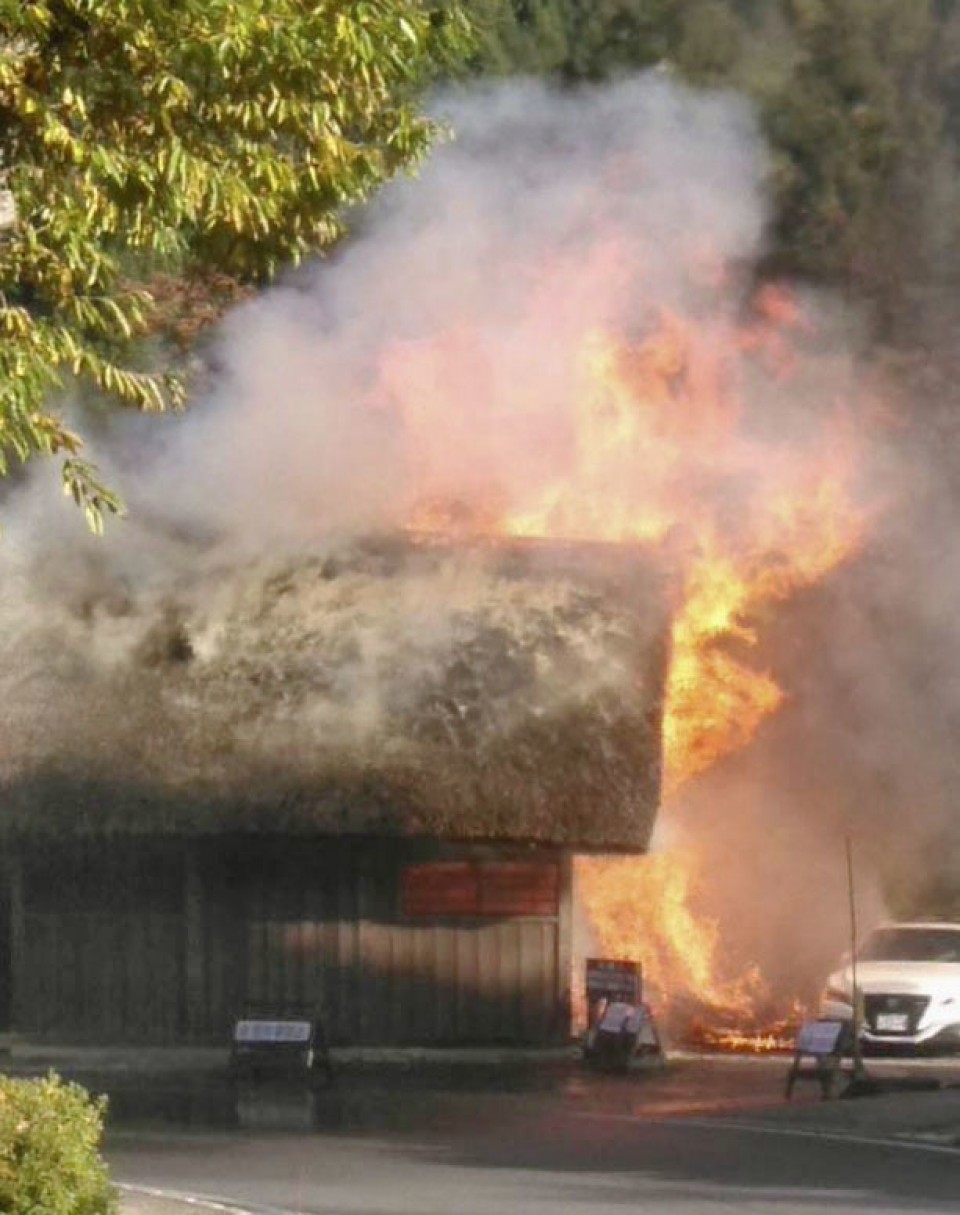 [Photo on courtesy of store manager near the fire site]

A female cashier in a restaurant near the fire site said, "When I went outside, I saw the huts in flames (and) was very scared as it was just days after the fire at Shuri Castle (in Okinawa)."

Holiday tourists visiting the attraction were in the area and observed the fire from a parking lot near the huts, the cashier said. Japan has a three-day weekend through Monday.

A local resident contacted the fire department at around 2:40 p.m. and the fire was put out about two hours later. The parking lot is around 400 meters away from the center of the historical site.

Following the castle fire in Okinawa, the village in Gifu Prefecture had called on local residents at the World Heritage site and surrounding areas to be alert for fire.

The Shirakawa-go area with its traditional wooden houses, some of which date back to around 1800, was registered as a UNESCO World Heritage site in December 1995. 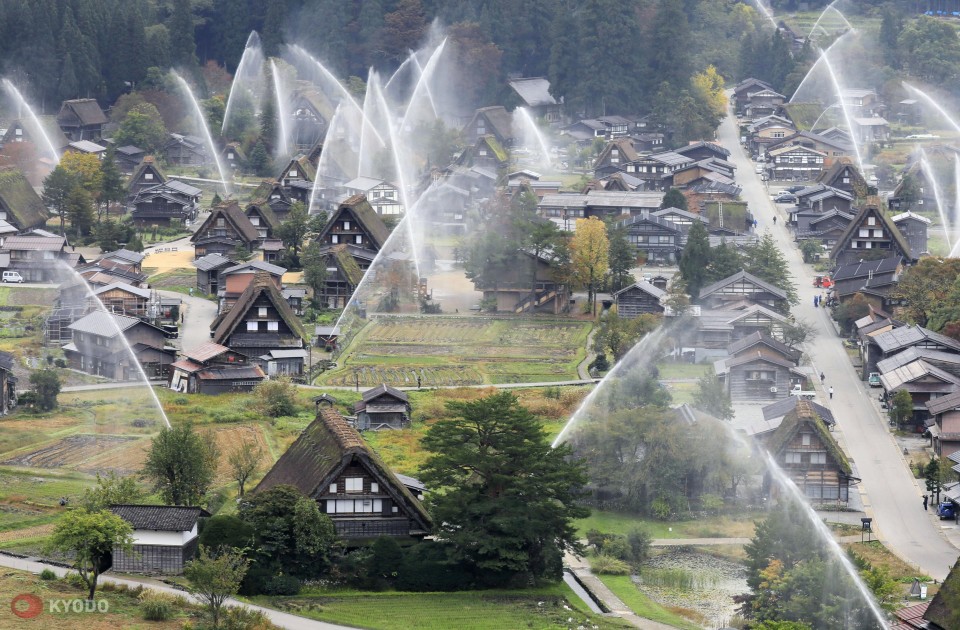 [Water-discharge drill at the village of Shirakawa on Oct. 27] 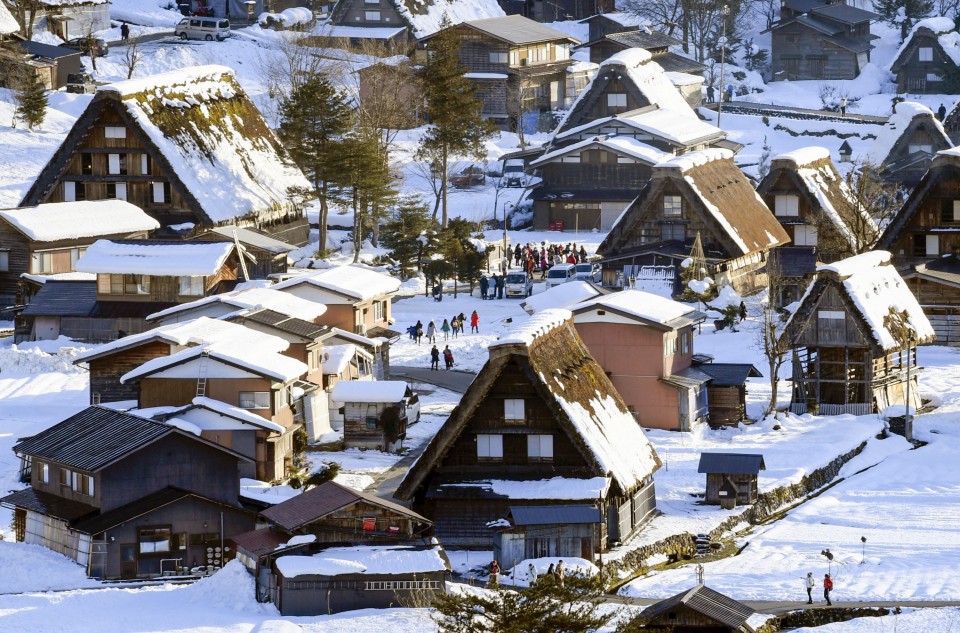 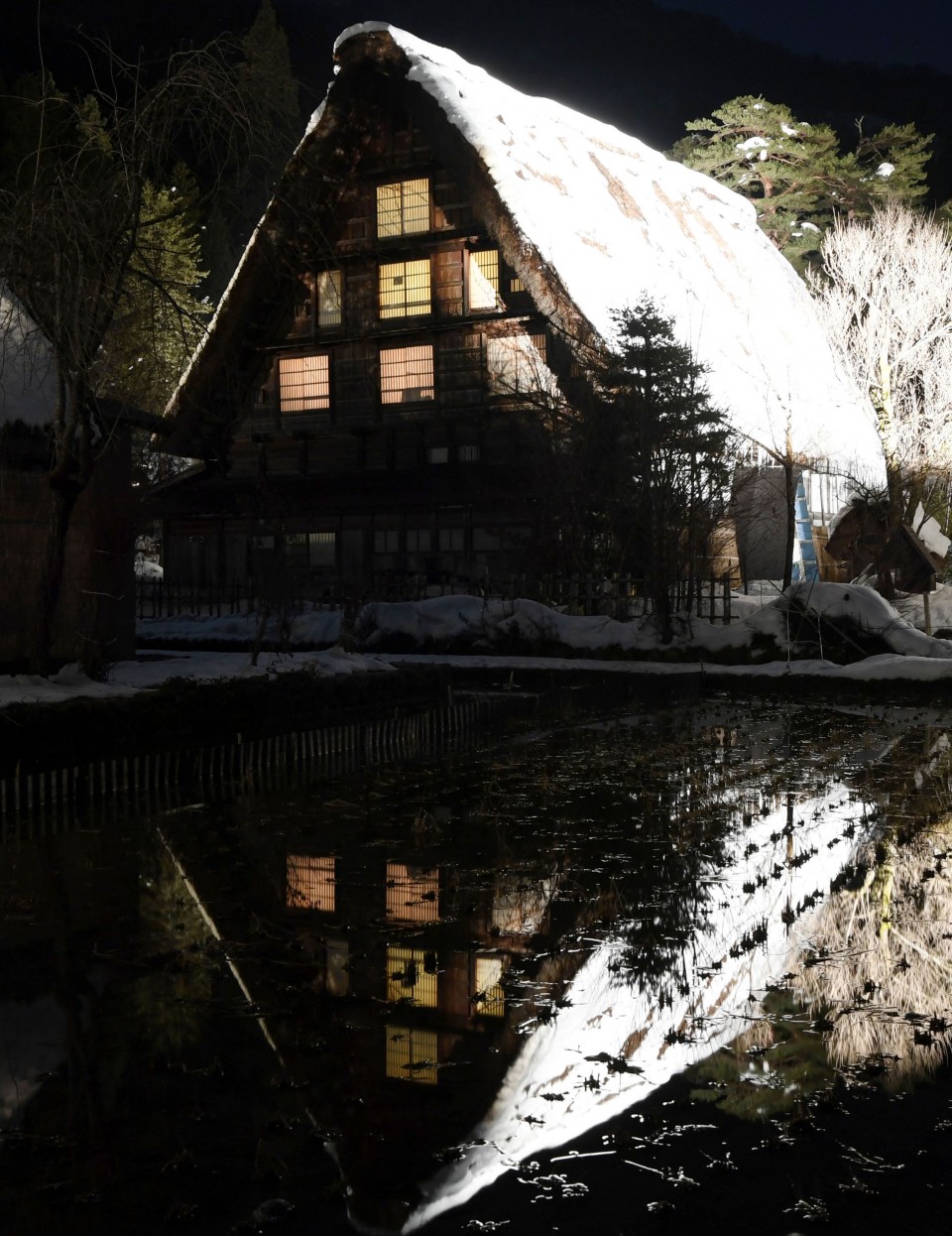