Shuri Castle, a symbol of Okinawa's cultural heritage as well as its recovery from the scars of fierce World War II ground battles, was reduced to ruins in a predawn fire on Oct. 31, 2019.

(Screenshots from video footage supplied by a local resident shows the raging fire between 3:50 a.m. and 4:50 a.m.) 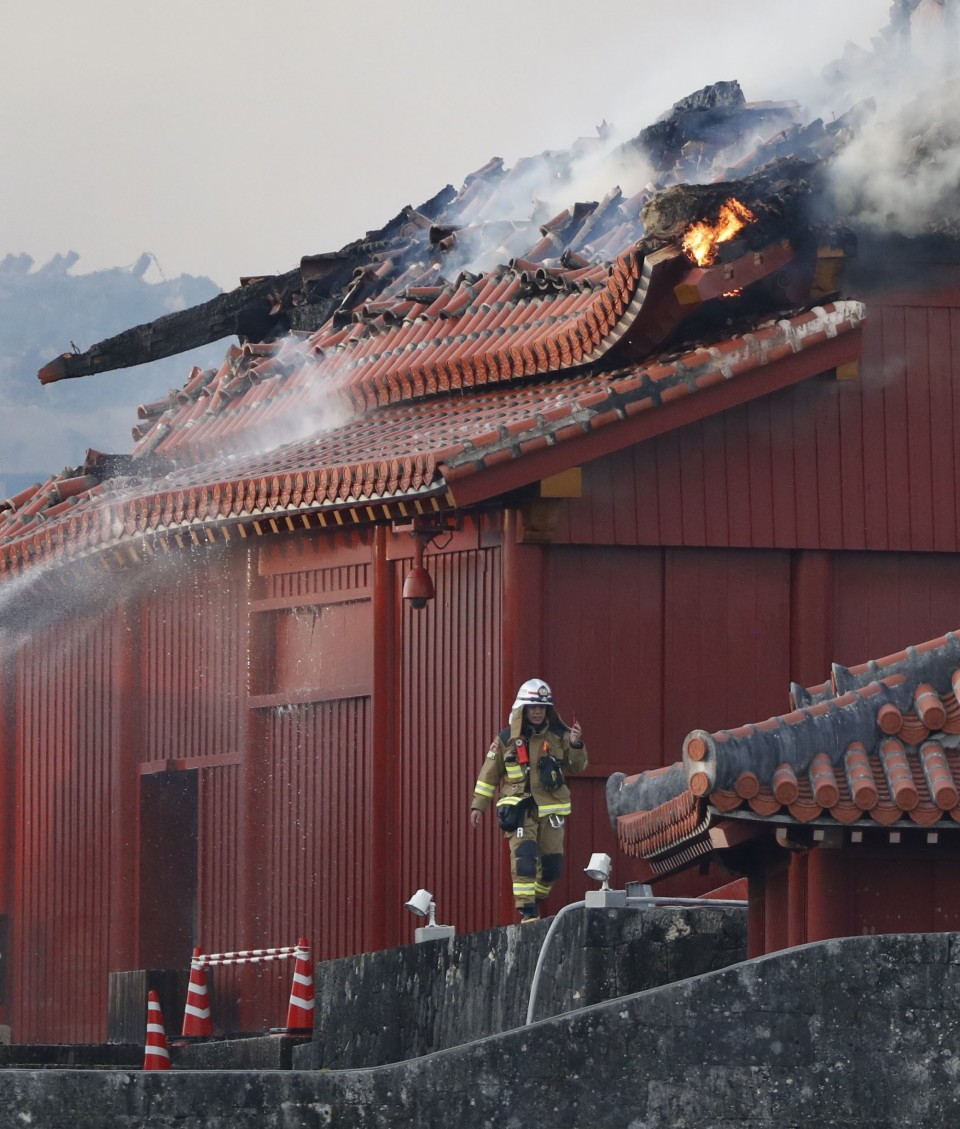 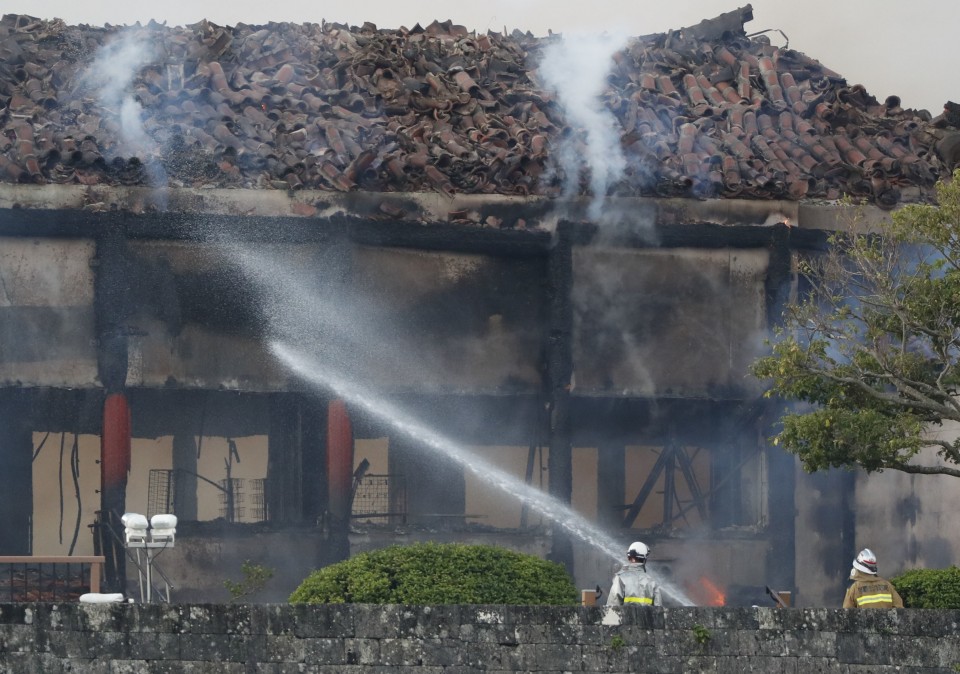 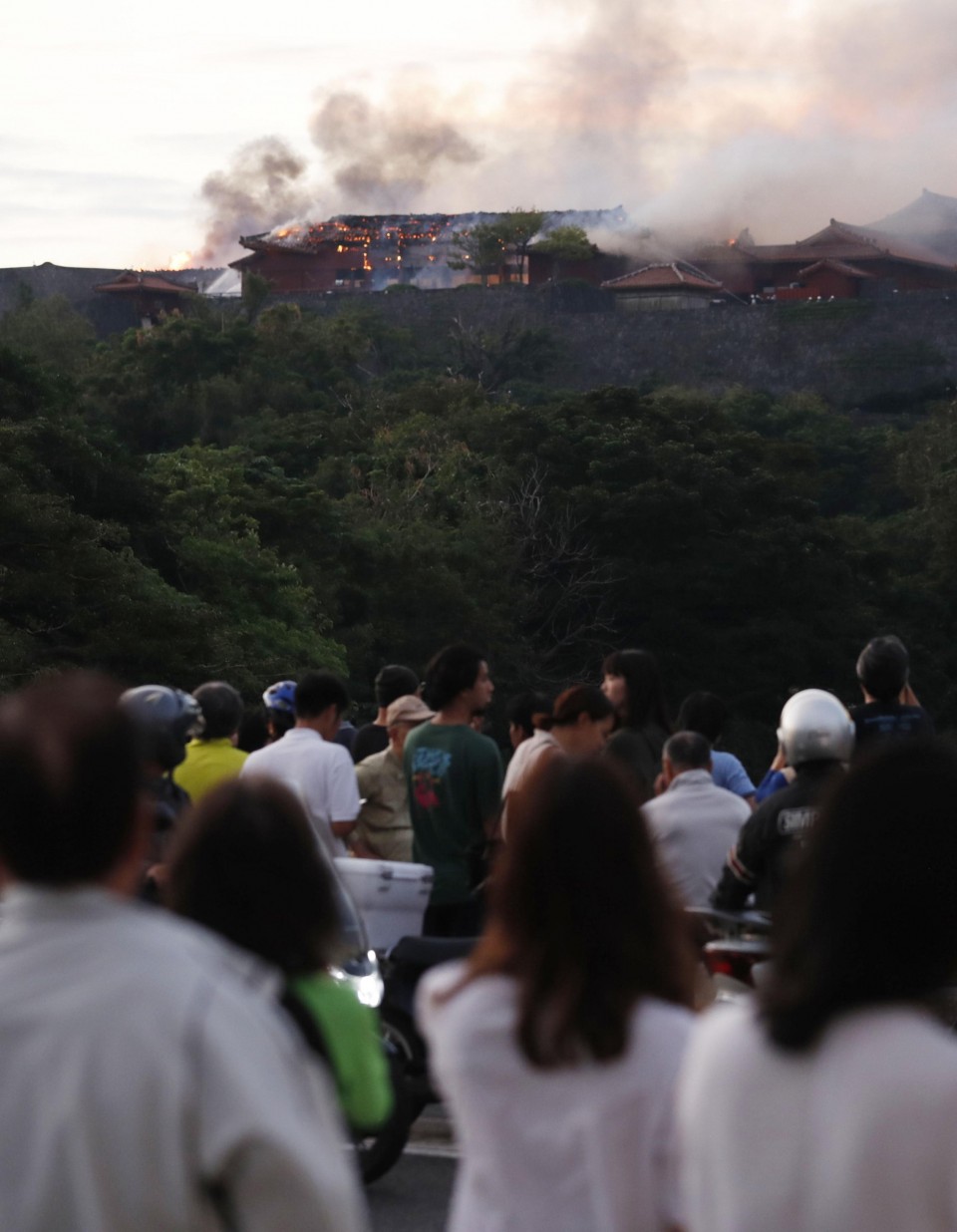 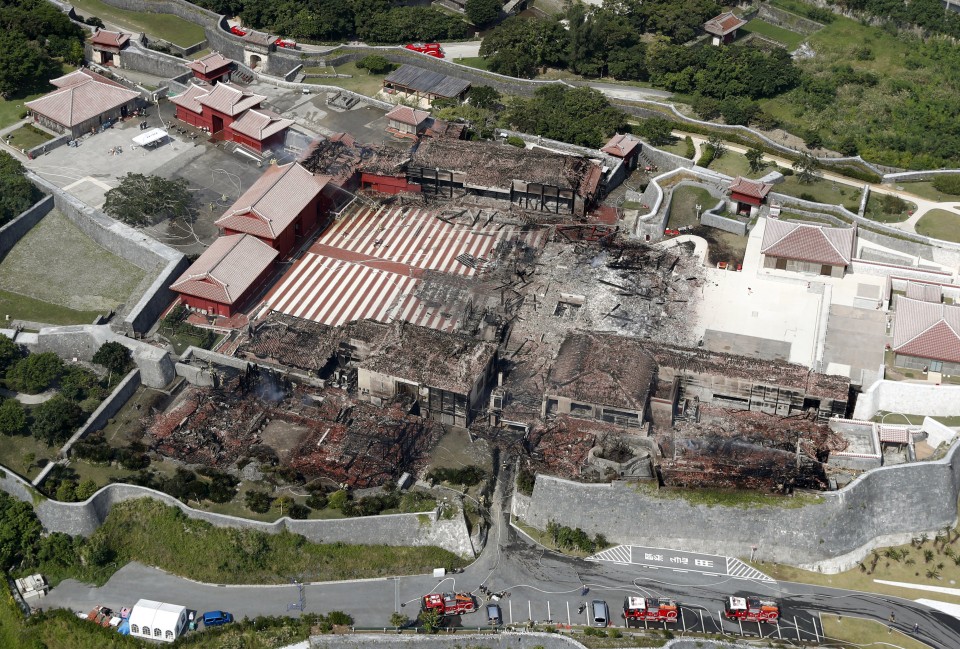 The ancient castle dates from and represents the Ryukyu Kingdom, which spanned 450 years until Okinawa was integrated into Japan in 1879. 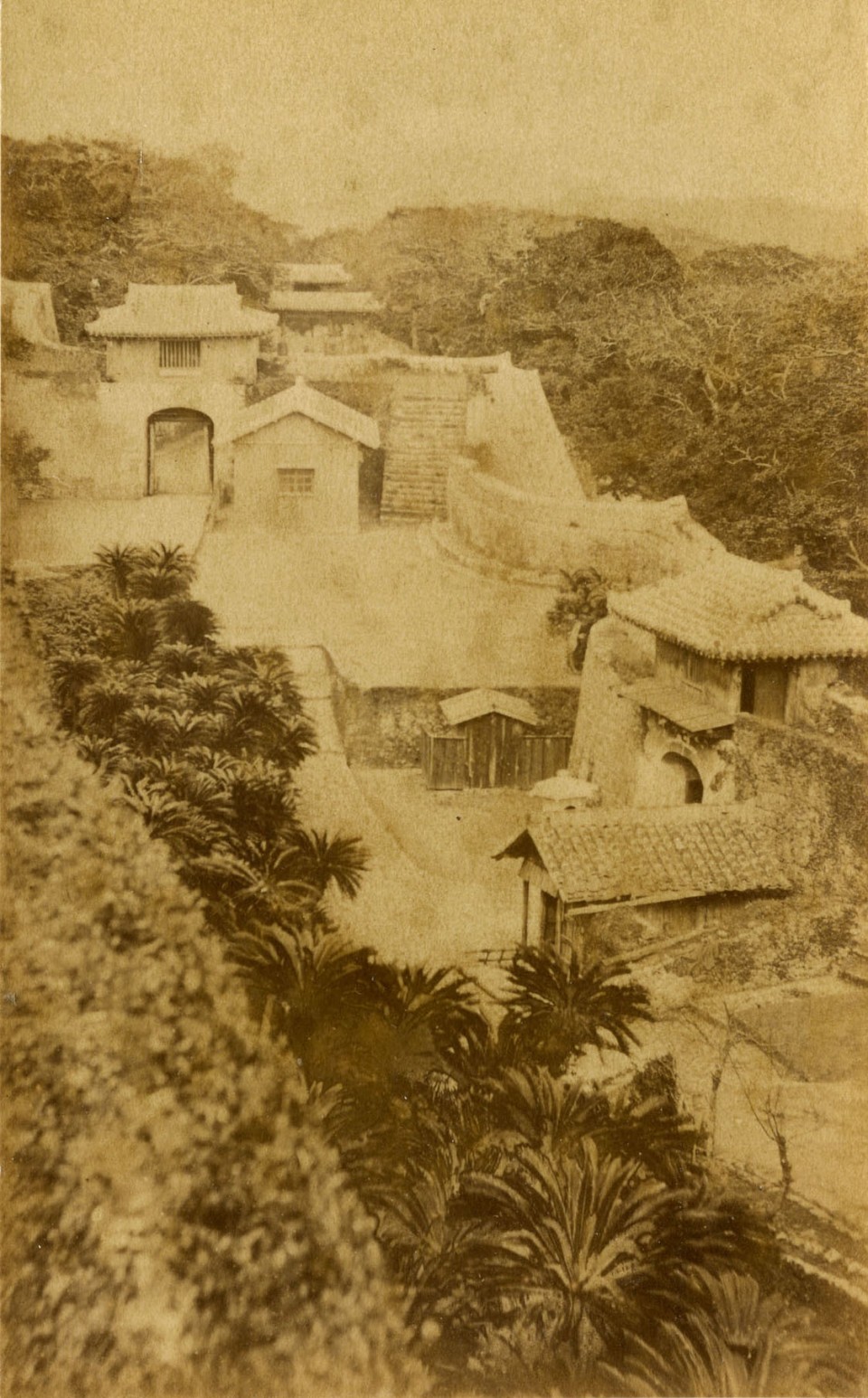 (Photo of Shuri Castle, believed to have been taken in Meiji Era)
[Photo courtesy of Yonezawa City Uesugi Museum]

It was destroyed by fire during World War II but was restored, and along with its grounds, opened as a national park in 1992. 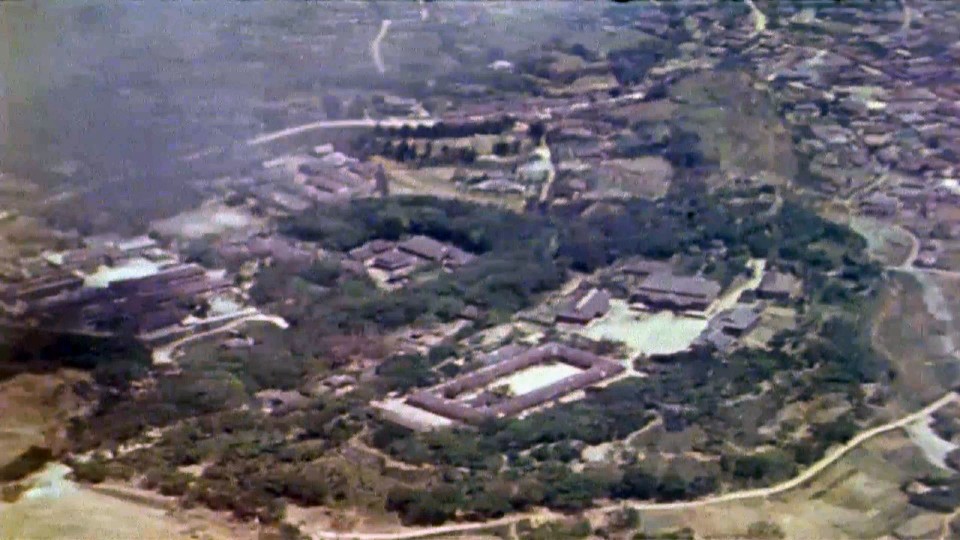 (Shuri Castle, possibly between late April to early May in 1945, before it was burned down during World War II)
[Photo courtesy of Toyonokuni Usashijuku] 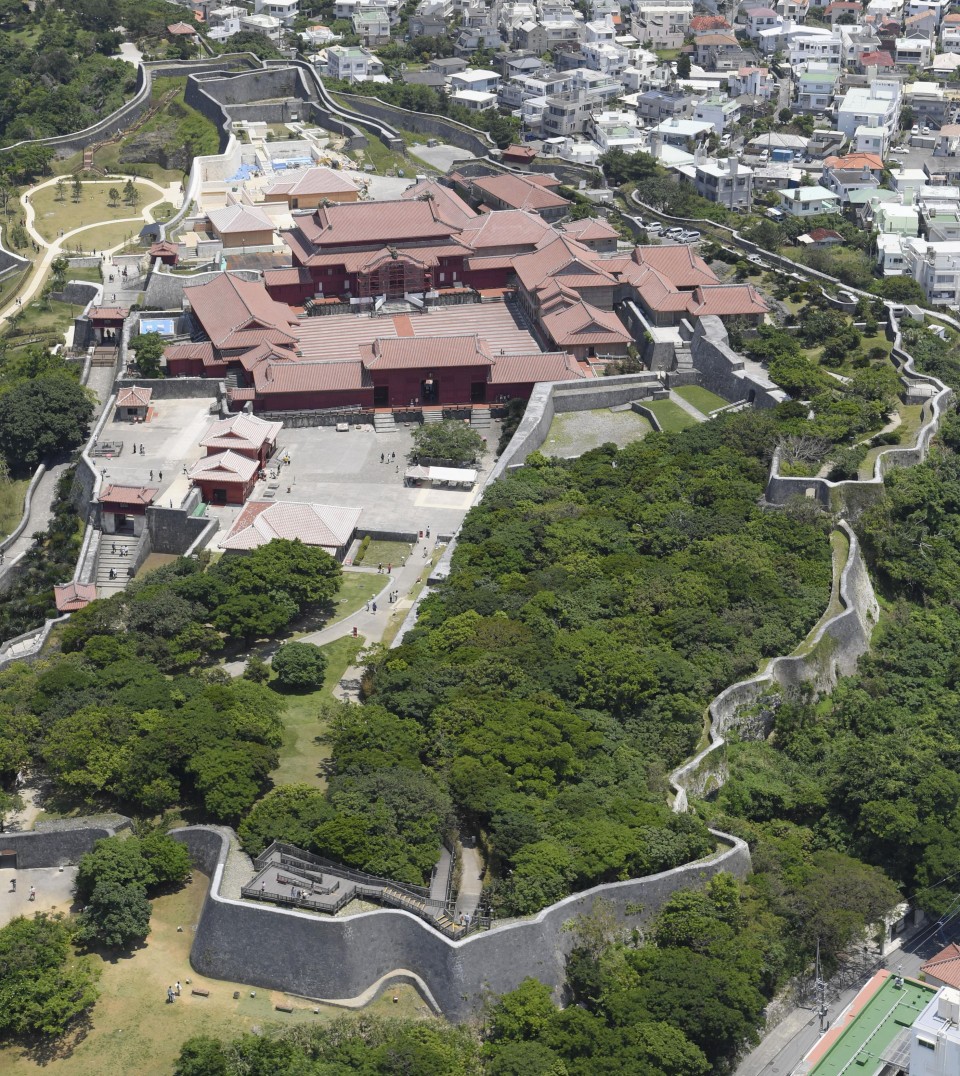 (Aerial view from a Kyodo News helicopter in May 2017) 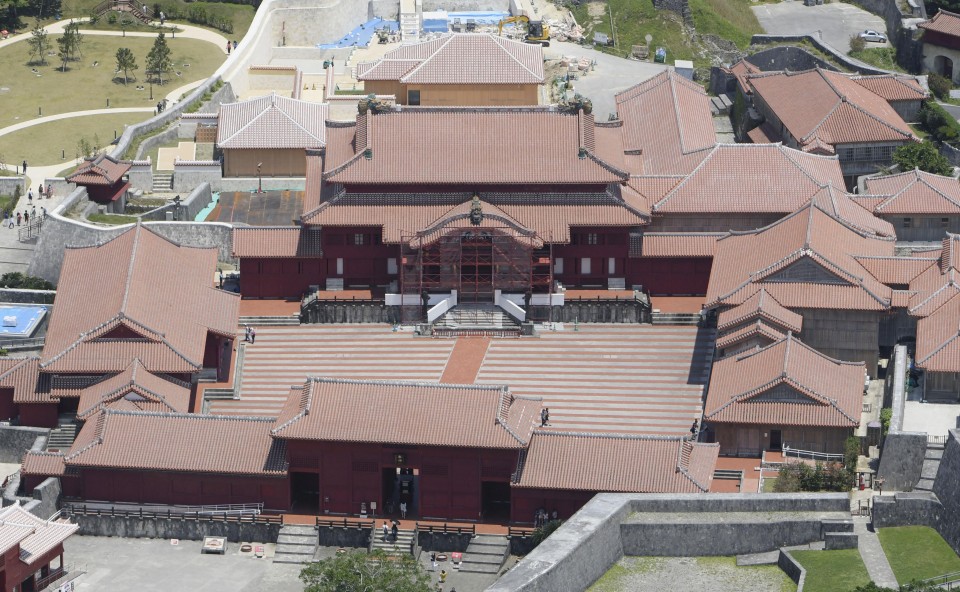 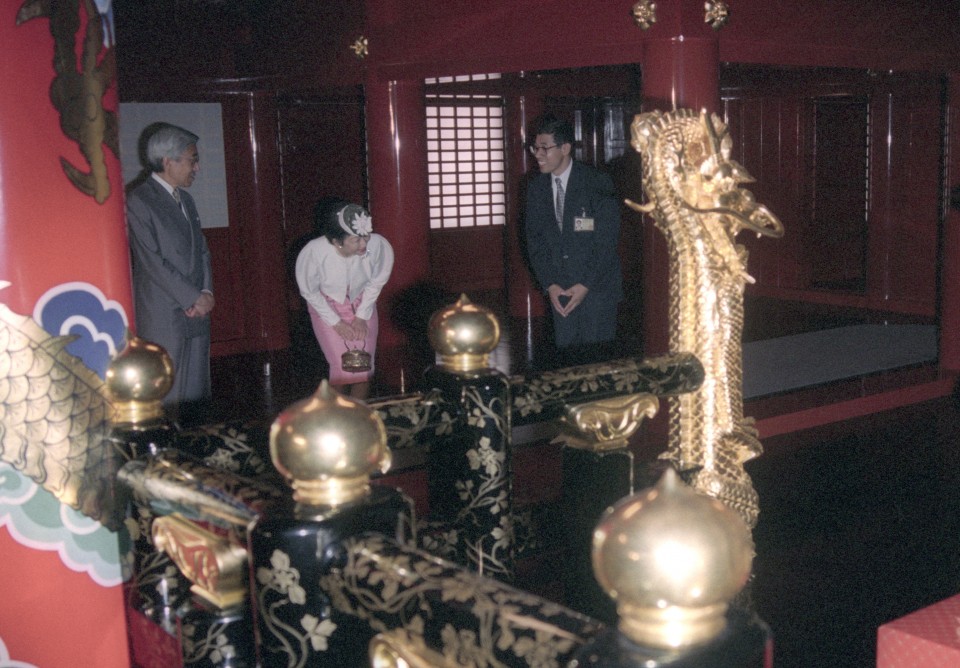 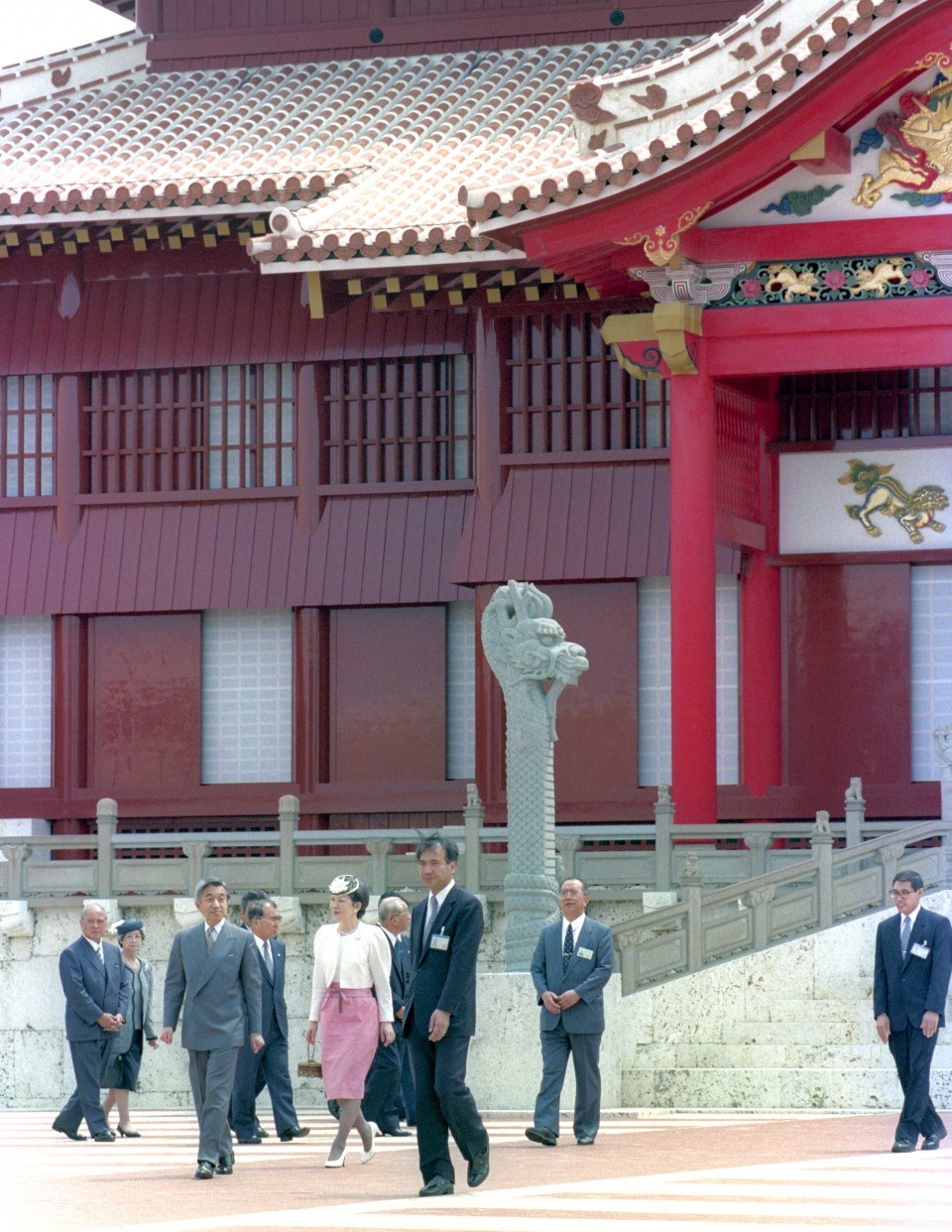 The castle's Hokuden north hall served as the venue of a banquet for world leaders in 2000 when Japan hosted the Group of Eight summit. Later the same year, the historical complex, along with other castle ruins and ancient monuments on the island prefecture, was registered as Japan's 11th UNESCO World Heritage site. 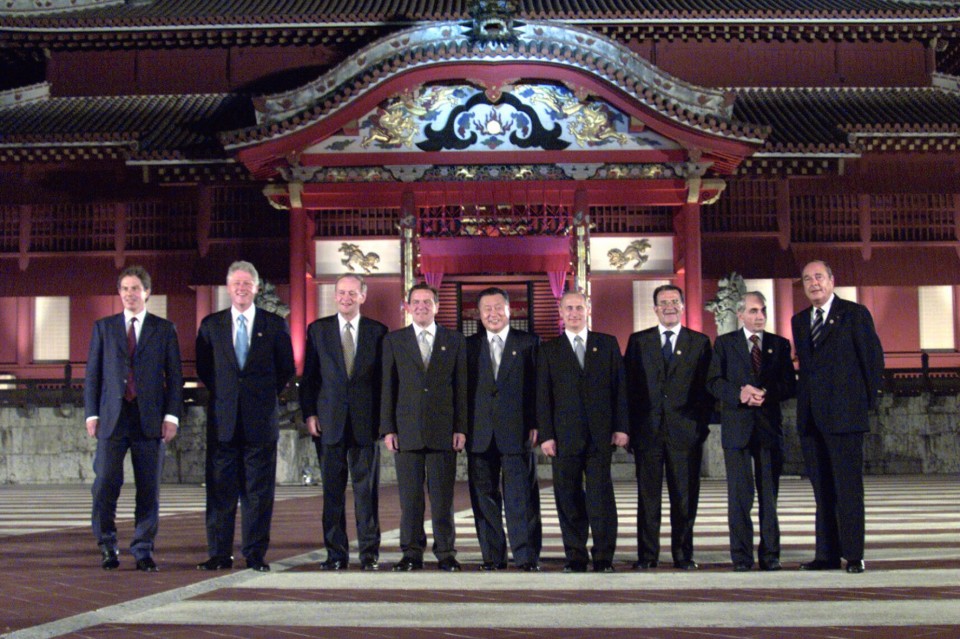 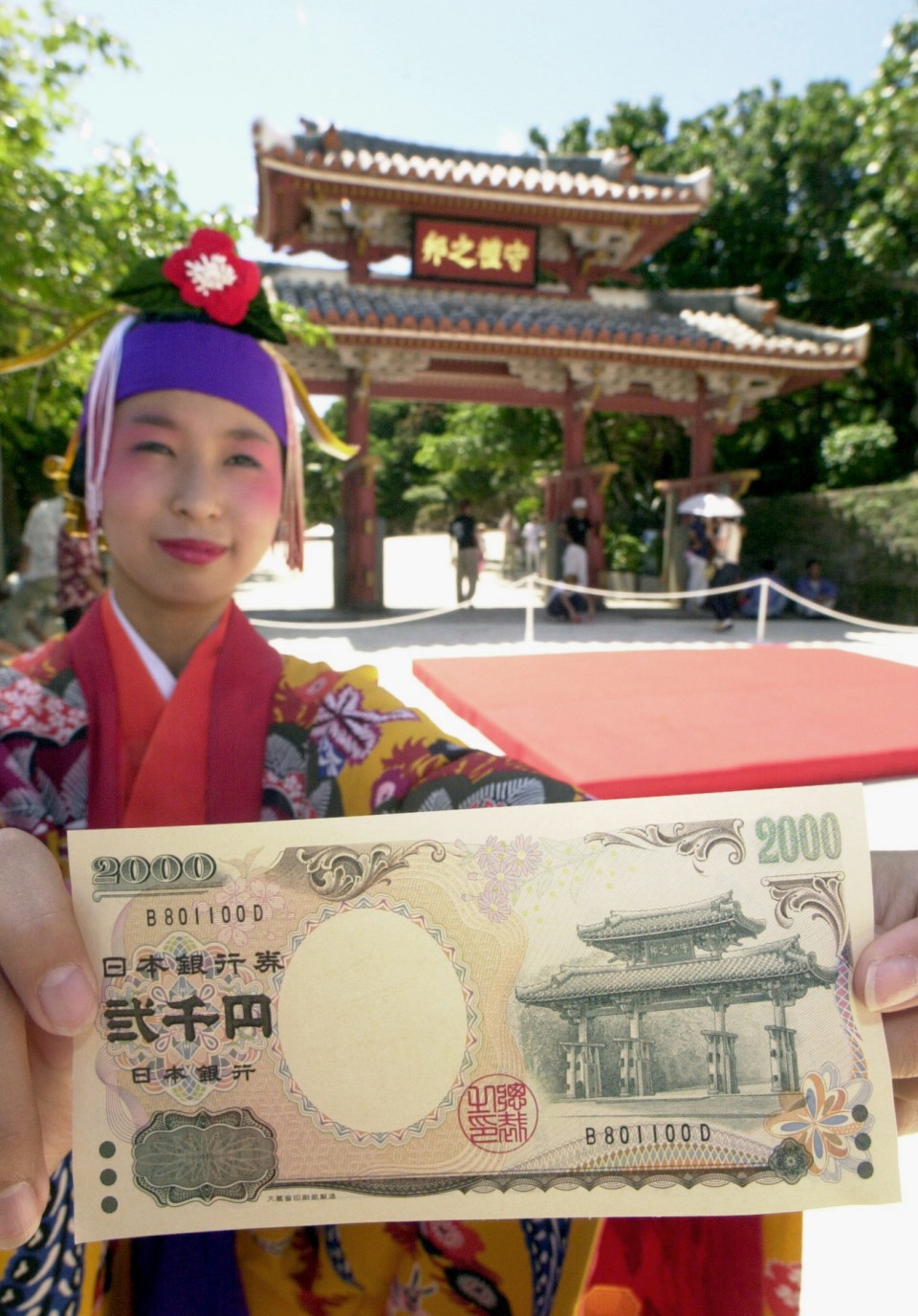 (A woman dressed in traditional Okinawan attire holds a 2,000 yen banknote featuring Shuri Castle's Shureimon Gate, as seen in the background, in July 2000) 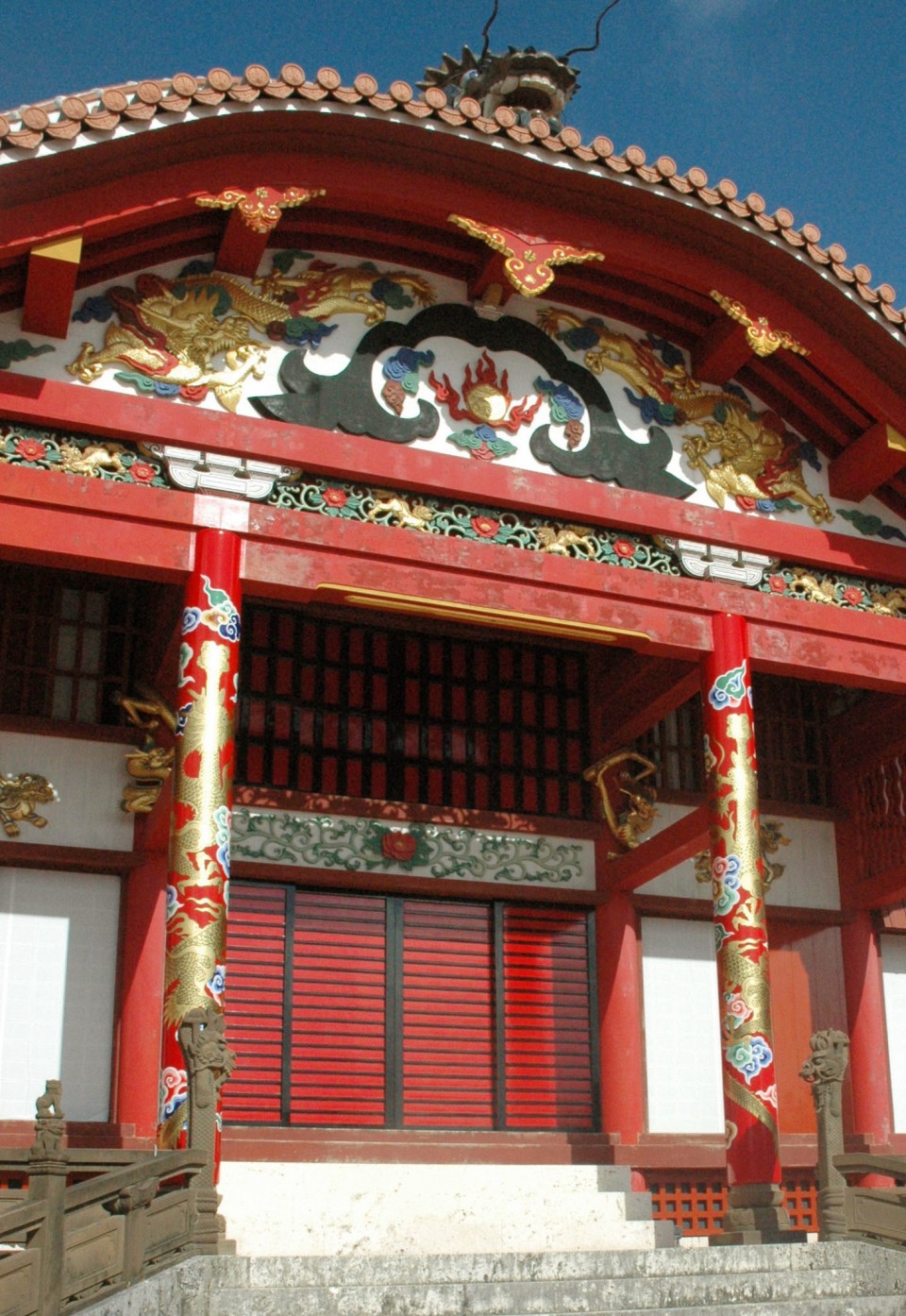 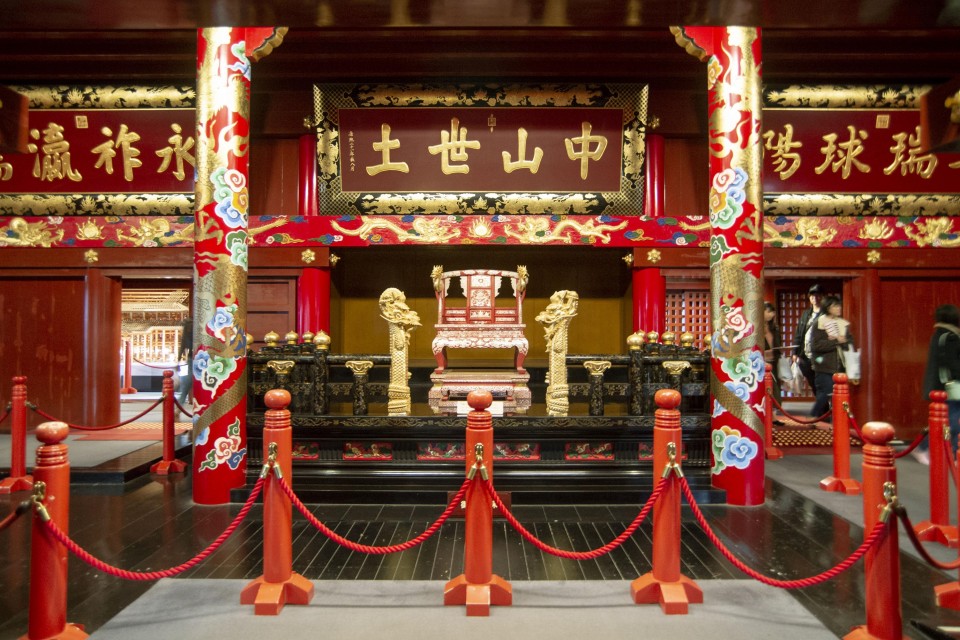 (Inside the Seiden main hall, as pictured in February 2017)
[Supplied photo] 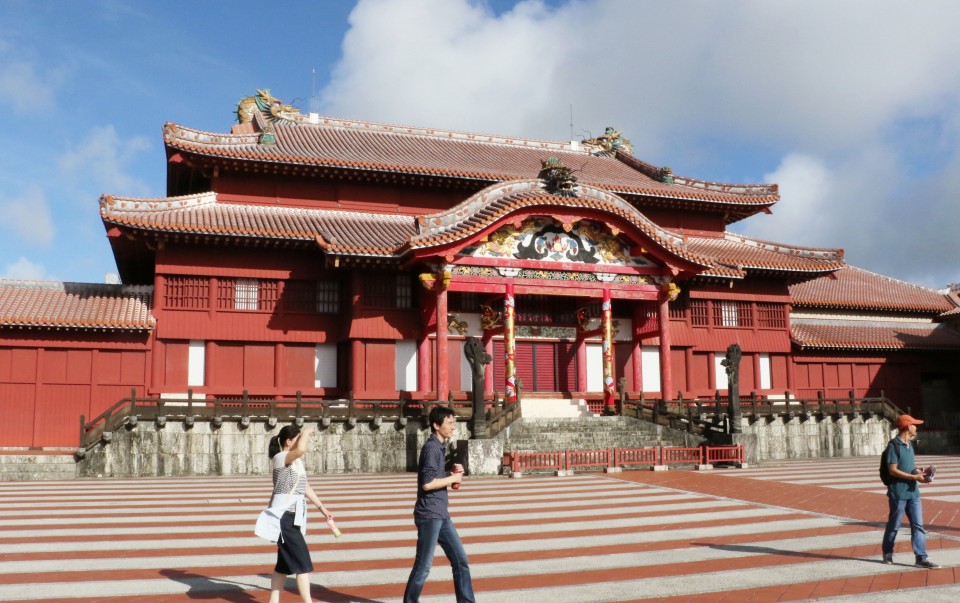