Rei Kawakami was on a train to the airport after a conference in Seoul in October when she heard the news of the fire engulfing Shuri Castle in Okinawa.

"I've been to Shuri Castle and I knew that for the people of Okinawa it was part of life," said the 39-year-old Japanese associate professor. After reading news reports about students unable to return to school due to the shock of the castle's destruction, Kawakami felt compelled to act.

"I have children and I imagined how overwhelming it would be if they were the ones who experienced this," said Kawakami, a computer vision specialist in the Graduate School of Information Science and Technology at the University of Tokyo. "I could not bear to do nothing." 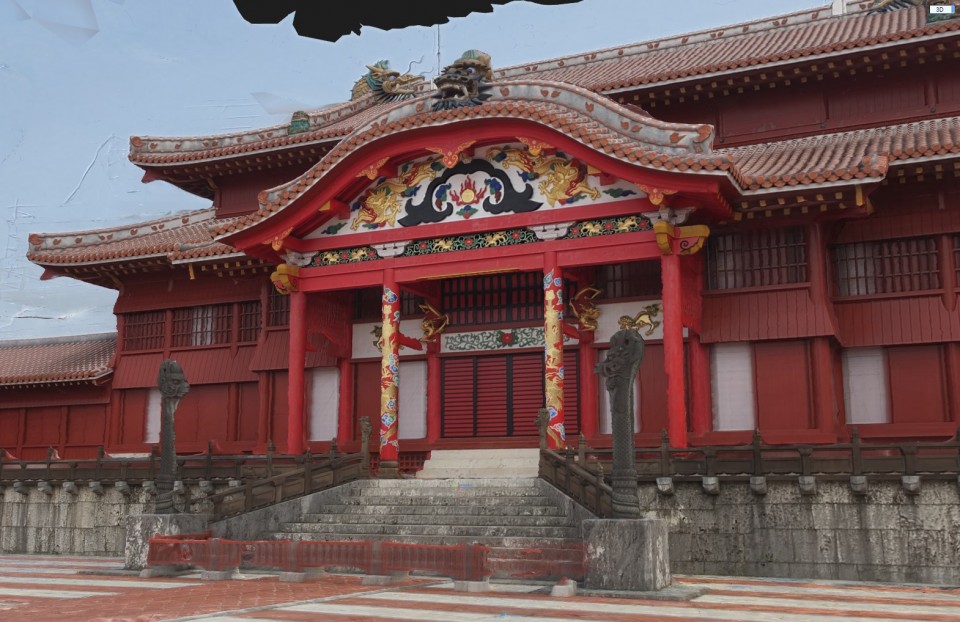 In fact, it was a paper on the virtual reconstruction of Rome, which received an award at the International Conference on Computer Vision in Seoul, that inspired Kawakami to launch Our Shurijo: Shuri Castle Digital Reconstruction, a project to build a 3-D digital model of the castle using photographs and video footage contributed online.

The blaze on Oct. 31, suspected to have been caused by an electrical fault, devastated seven wooden buildings occupying over 4,000 square meters on a hill overlooking the prefectural capital Naha.

Shuri Castle was the center of politics, foreign affairs and culture in the Ryukyu Kingdom from 1429 until Okinawa was annexed by Japan in 1879. It burned down several times, including during World War II, and the castle ruins, excluding restored buildings, were registered as a UNESCO World Heritage site in 2000.

The central government is aiming to compile a reconstruction schedule by March 2020 based on a plan that was decided in early December. It took around 30 years until February 2019 to complete the previous reconstruction of Shuri Castle.

"I've heard that it will take a long time to reconstruct the castle," Kawakami said. "I hope our project encourages local people and gives them the energy to move forward." 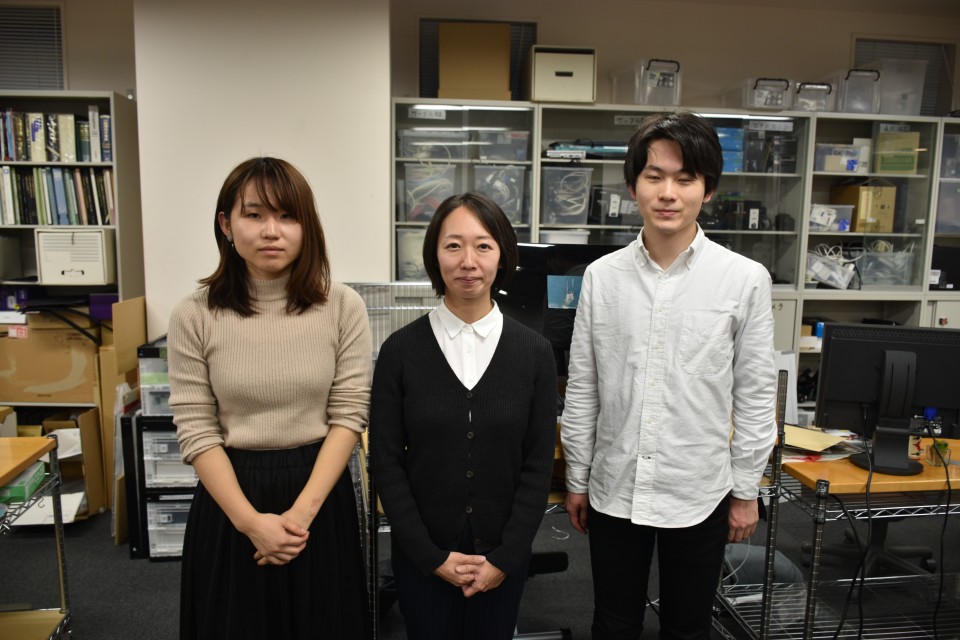 (Rei Kawakami, center, and her students, Karin Kiho, left, and Hajime Itsukaichi pose for a photo in an office at the University of Tokyo, on Nov. 18, 2019.)

Kawakami and her team are aiming to collect a million photographic and video images, which will be sorted and combined with specially written algorithms, culminating in a precise 3-D model of the castle that will allow visitors to explore buildings and magnify objects.

"We set one million images as our goal because the more we use for the 3-D castle, the higher the quality," Kawakami said.

The project team comprises over 20 volunteers including students, professors and engineers from countries such as Spain and France.

Among them are people from Paris-based startup Iconem, which has joined a project with Microsoft Corp. utilizing 3-D technology to reconstruct Notre-Dame cathedral that was destroyed in a fire in April 2019.

Kawakami contacted Iconem through an acquaintance who is a researcher working with the company.

The company specializes in processing a huge volume of pictures, Chemla said, adding he intends to use techniques for Shuri Castle similar to those applied to reconstruct Notre-Dame. "International cooperation is always important to find solutions," he said. 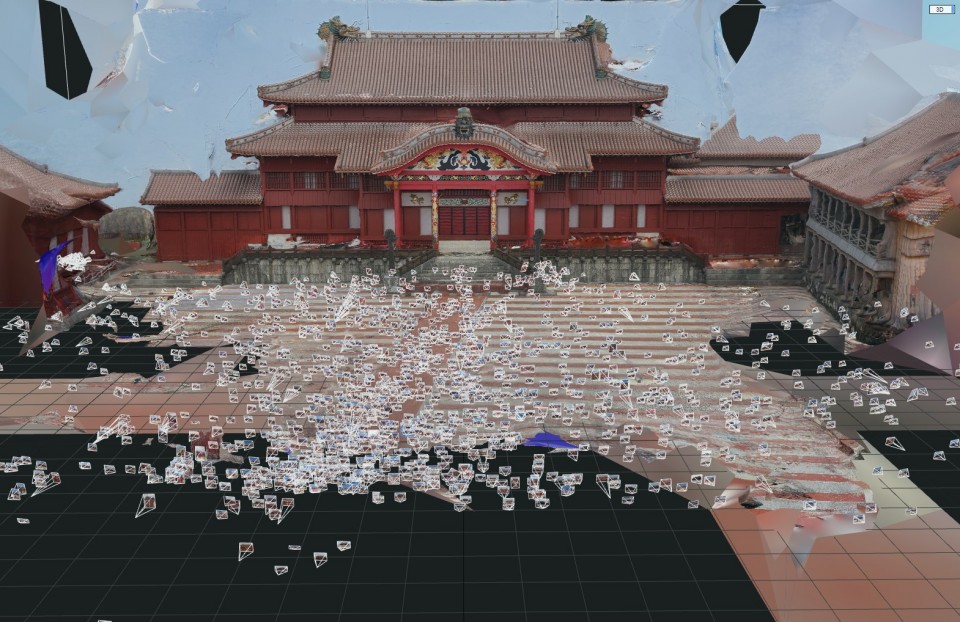 One of Kawakami's students, Karin Kiho, 23, who is studying for a master's degree in computer graphic design, helped to make a video clip for the team's website.

"I went to Shuri Castle in March during a holiday and was shocked when I heard the news," Kiho said. "Although my specialist area is different, I wanted to cooperate when I saw how hard professor Kawakami was working on this project."

Since the launch of the project's website on Dec. 20, the team has received about 28,981 images from around 2,709 people. About 40 percent of the images came from outside Japan, including China, Taiwan, Thailand and the United States.

The team requests contributors to include their age, nationality, gender and memories with the images they send, as well as messages that will appear when viewers visit the virtual castle.

Kawakami also hopes that in the future people living in Okinawa, as well as visitors, will be able to explore the digital model of Shuri Castle using virtual reality goggles or smartphones at the site.

"The digital castle could be used to teach high school students in Okinawa, as well as to attract tourists until the castle is rebuilt," Kawakami said.

"There are issues such as cost, but I will continue to do this project until we make local people happy," Kawakami said. 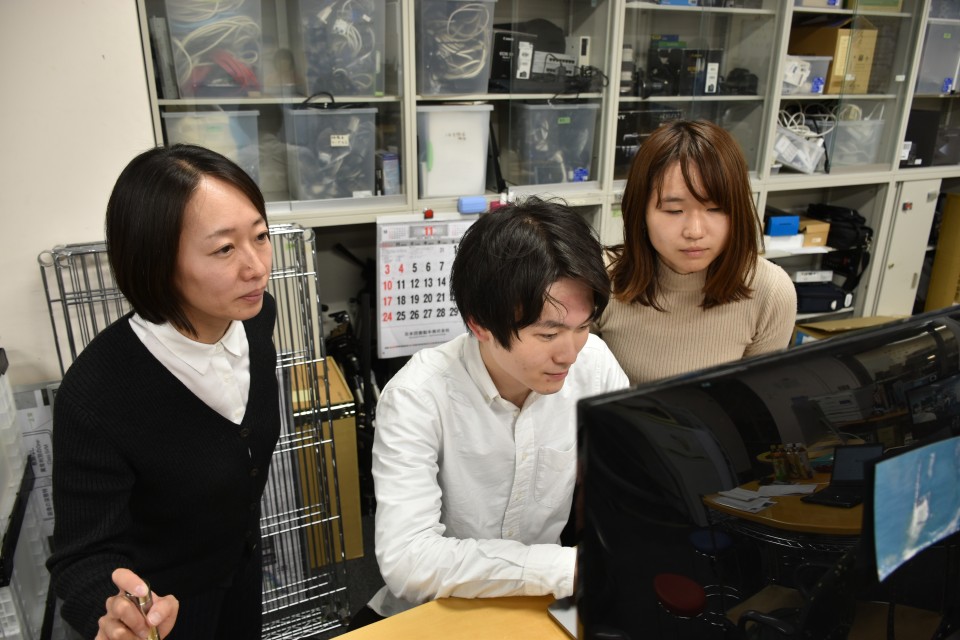 Among supporters of the project, Katsushi Ikeuchi, professor emeritus of the University of Tokyo and Kawakami's former mentor, has pledged to contribute 1 million yen ($9,140).

Several companies are also participating in the project, including Sakura internet inc. that has provided a server and Capturing Reality s.r.o., which is allowing the team to use its software to combine images.

The project team is collecting photographs and videos of Shuri Castle on its website at https://www.our-shurijo.org, which is available in Japanese, English, Korean and Chinese.