Two more people who were evacuated from the virus-stricken Diamond Princess cruise ship in Japan have tested positive for the new coronavirus while under quarantine in Hong Kong, health authorities said Monday.

The two women, aged 58 and 59, join a 68-year-old man who was confirmed positive on Sunday. They were among 213 passengers who had tested negative for the virus in Japan before returning to Hong Kong to undergo a 14-day quarantine in a housing estate in the New Territories.

In explaining the changed test results, Chuang Shuk-kwan, head of the Communicable Disease Branch of the Center for Health Protection, said the amount of virus in the blood may not have been high enough to be detected in the earlier tests conducted in Japan. 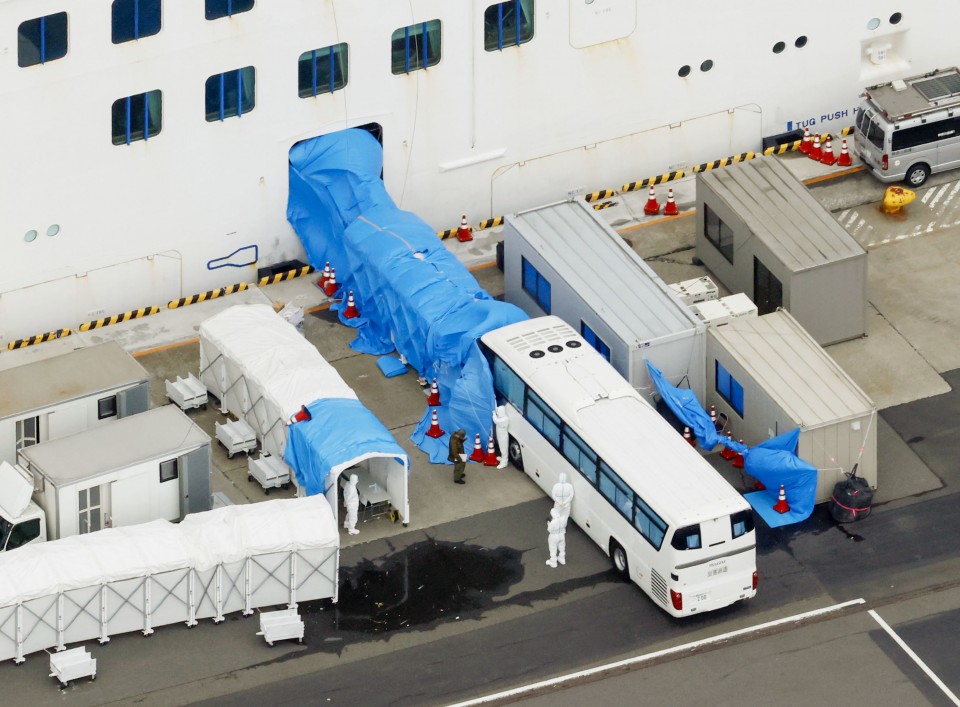 She said a total of 12 evacuees have been hospitalized for various illnesses since returning. Apart from the three confirmed cases, three others were waiting for test results and the rest had tested negative for the virus.

Three chartered flights have evacuated 193 passengers from the stricken cruise ship since Wednesday last week. Twenty others returned on their own.

The confirmed cases in Hong Kong stand at 79 as of Monday, including two deaths and 19 people who have recovered.

The government also said late Monday that travelers from or who have visited South Korea in the last 14 days will be barred from entering Hong Kong starting at 6 a.m. Tuesday, while Hong Kong residents returning from the country will undergo a 14-day quarantine.

"Due to changes in the outbreak situation in South Korea, the Security Bureau (has issued) a red travel warning for South Korea. People should avoid traveling there unless it is necessary," Security Secretary John Lee told reporters.

Chartered flights are also being considered to bring home some 2,000 Hong Kong people in China's Hubei Province, the epicenter of the virus outbreak, where a lockdown is in place, the government said, but details are yet to be decided.