The Standing Committee of the National People's Congress, China's parliamentary body, formally decided Monday to postpone the annual meeting of the top legislature scheduled for early March, as the country grapples with the outbreak of a new pneumonia-causing coronavirus.

The third session of the 13th National Committee of the Chinese People's Political Consultative Conference had been slated to convene on March 5 at the Great Hall of the People in Beijing.

Every year, the National People's Congress runs for around 10 days, with around 3,000 delegates gathering from across the nation to discuss and endorse key policies for the coming year.

The virus is believed to have originated in December in the central Chinese city of Wuhan, known as a major business and transportation hub with a population of some 11 million. It has so far infected over 77,000 people and killed over 2,500 in China. 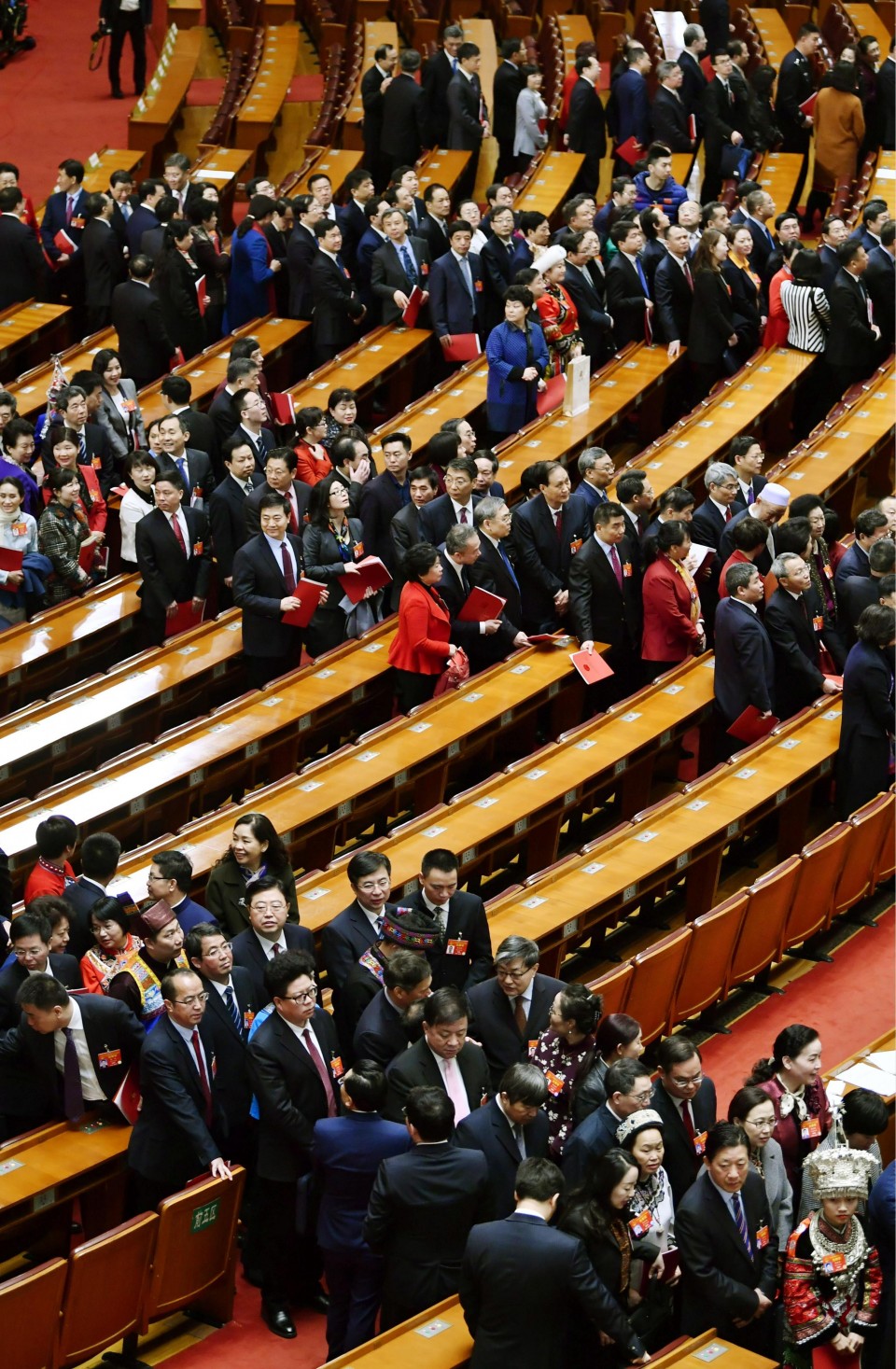 (Attendees of the National People's Congress leave as its annual session concluded at the Great Hall of the People in Beijing on March 15, 2019)

The congress has convened March 5 every year since 1998. Even in 2003, when a virus causing severe acute respiratory syndrome, or SARS, raged in China, the annual session went ahead.

Local-level meetings, which are supposed to be held prior to the national congress, have been delayed successively in major cities such as Guangdong and Qingdao.

Fears are growing that the world's second-largest economy, which has already faced downward pressure against the backdrop of a tit-for-tat trade war with the United States, will decelerate further in the aftermath of the virus spread.

A postponement of the parliamentary session would make it more difficult for President Xi Jinping's government to swiftly implement measures to shore up the country's lackluster economy and could push back planned state visits such as one to Japan in the spring, some foreign affairs experts say.

There was growing concern within the ruling Communist Party and the government that a gathering of officials in Beijing from all across China would increase the risk of infection, sources close to the matter said earlier.