Japanese Environment Minister Shinjiro Koizumi said Wednesday he will take paternity leave after the birth of his first child, expected later this month, in a rare move for a Cabinet member.

The 38-year-old son of former Prime Minister Junichiro Koizumi will take a total of two weeks off during the first three months after his child is born by working fewer hours, telecommuting and having subordinates shoulder some of his work, according to sources close to him.

"As I've said all along, I will place utmost priority on performing my official duties and ensuring all measures are in place for crisis management," Koizumi said at a meeting held in the ministry.

The minister will still attend regular Diet sessions and deal with other critical events. Koizumi expressed his hope to "create an environment in which (fathers) in the Environment Ministry can also take child care leave without hesitation."

"And my biggest wish is that the day will come when our society no longer deems a politician's child care leave as news," he added.

Government data show the rate of men taking child care leave in Japan stood at 6.16 percent in fiscal 2018, far less than the 82.2 percent of women. The government hopes to raise the rate among men to 13 percent in the public and private sectors this year.

"We hope the minister's efforts will have a positive influence on facilitating men's involvement in child-rearing in both the public and private sectors," said Chief Cabinet Secretary Yoshihide Suga.

Japan does not have a rule on child care leave for its lawmakers, although some governors have taken paternity leave in the past.

Koizumi -- a political rising star touted by the media as a future prime minister -- first mentioned his plan to take the leave shortly after he announced his marriage to TV personality Christel Takigawa, 42, in August. 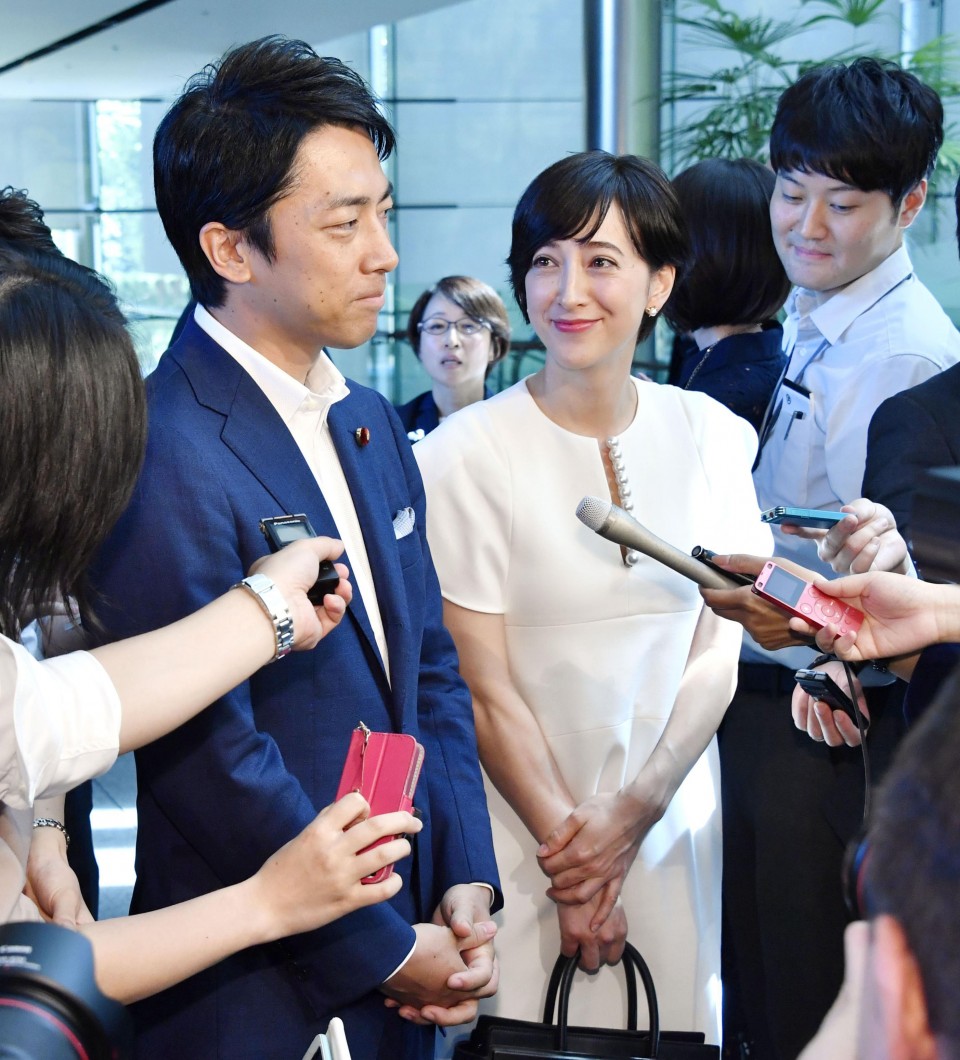 But after being appointed a minister in September, Koizumi appeared to back away from the plan, indicating he would prioritize work.

Koizumi's announcement was welcomed by promoters of paternity leave as a potential catalyst to bring about change in Japanese society.

"It would be desirable to take about three months off, but given he has a busy job, we hope he will talk with his family about how to arrange the leave in the most suitable manner," Ando said.

Yoshinobu Atsumi, a researcher on work-life balance at Toray Corporate Business Research Inc., who has twice taken paternity leave, also welcomed the announcement, saying, "It's significant for someone as busy as the minister to take child care leave."

Atsumi supported Koizumi's plan to use various working styles, including telecommuting, saying work can be done anywhere with the help of internet technology today.

"Taking child care leave does not have to be about being fully away from work. I think it is OK to have something between working and being away," Atsumi said.

In Japan, there have been efforts to promote a workplace culture that accepts paternity leave, with the government planning to encourage male civil service workers to take child care leave for a minimum of one month starting April.