Japan leads the world in paid leave set aside for fathers, but few take advantage of it, according to a new report by the U.N. Children's Fund based on legal entitlements from 2016.

The report, called "Are the world's richest countries family-friendly?" looks at the globe's most family-friendly high and middle-income countries, and among other factors ranks nations by the amount of paid leave that fathers and mothers are entitled to receive.

"In Japan, the only country that offers at least six months at full pay for fathers, only 1 in 20 took paid leave in 2017," a press release said.

While still remaining at a low level, the percentage edged up to 6.16 percent in 2018, Japan's Ministry of Health, Labor and Welfare said last week.

According to a survey cited by the UNICEF report, 45 percent of male workers with children under 3 who are on regular contracts said they did not want to take paternity leave, while 35 percent said that while they did want to, they could not. 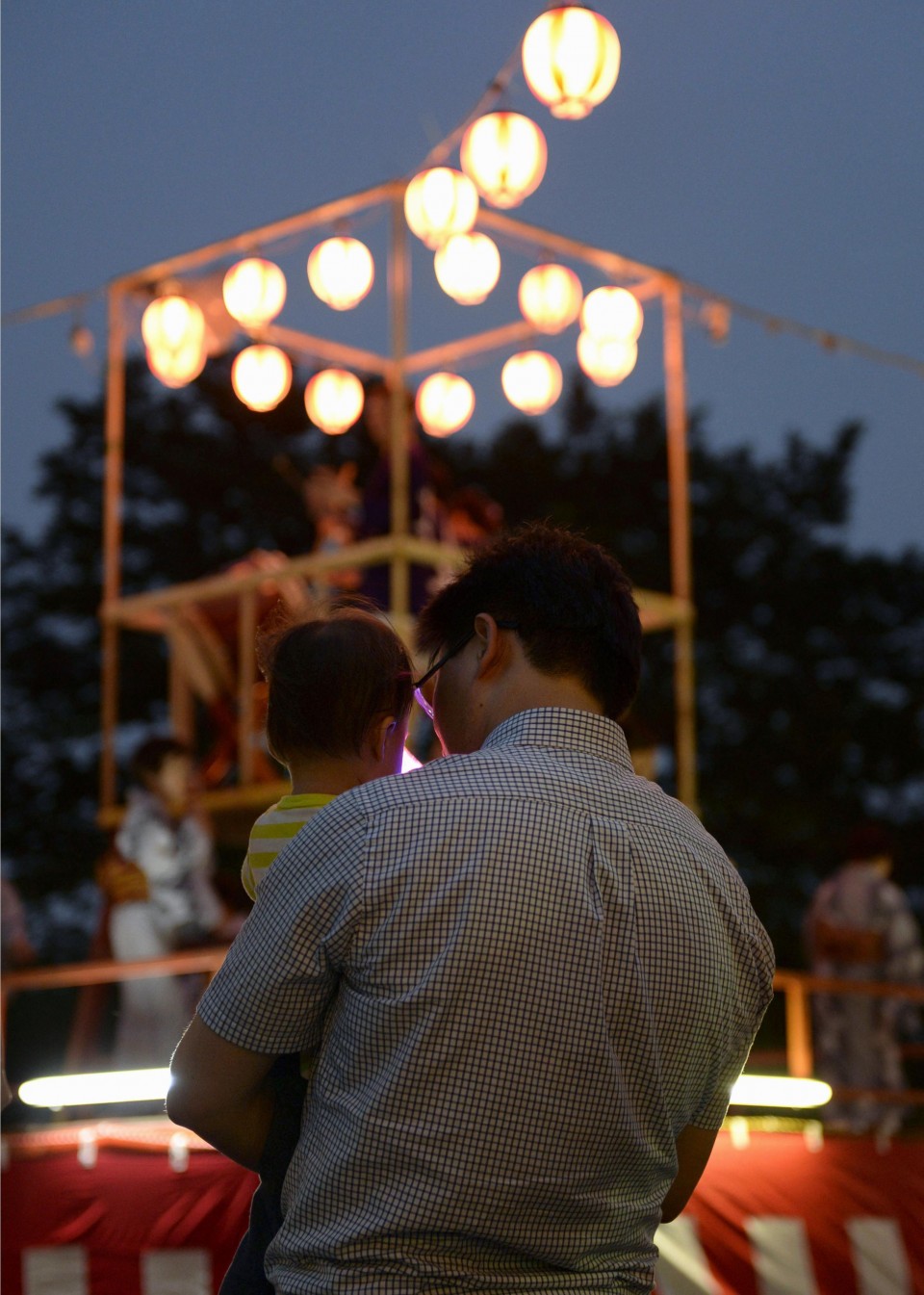 (File photo of a man and a young child take part in a summer festival.)

One of the authors of the report, Yekaterina Chzhen, a social policy specialist at the UNICEF Office of Research, said that even in Nordic countries where it is much more acceptable for men to take leave to be with children, instituting such changes takes time.

"It needs to become socially acceptable for fathers to stay home for at least several weeks when a child is born," she said in an email exchange. "Sometimes policy changes precede cultural change, so perhaps in years to come the majority of fathers in Japan will make use of their paternity leave entitlements."

The United States stands out for being the only country from the list of nations, drawn from the members of the Organization for Economic Cooperation and Development and the European Union, not to offer paid leave for mothers or fathers.

New Zealand, Canada and Switzerland are among countries on the list offering no paternity leave.

Japan came 16th with regard to providing paid leave for mothers, offering 36 weeks.

Estonia ranked No. 1 in the world for its generous maternity leave offering 86 weeks, followed by Hungary with 72 weeks and Bulgaria with 66 weeks.