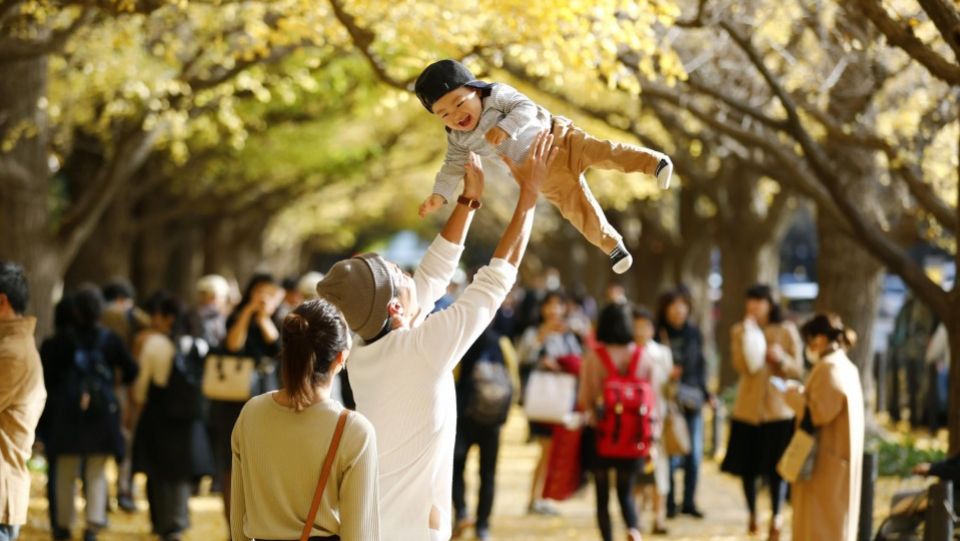 It is considering introducing measures to make it easier for leave applicants to make work arrangements in their absence, and to evaluate managers' performance based partly on how many subordinates take such leave, according to the sources.

The government will soon announce the plan, the sources added.

It has been pushing for gender equality and empowerment of women by promoting a mindset tolerant of paternity leave in the public and private sectors, as the practice of men taking extended leave to care for infants is still not widespread.

According to the National Personnel Authority, 1,350 -- or 21.6 percent -- of male government staff in regular full-time service and eligible for paternity leave, took advantage of this in fiscal 2018.

While that represented a 3.5-point rise from a year earlier and was the highest since fiscal 1992 when the system was introduced, it fell far short of the 99.5 percent rate among women, the authority said.

Its data also showed that of all male government workers who took childcare leave in fiscal 2018, 72.1 percent did so for less than one month.

According to the authority's latest data on those working at municipal government offices, only 4.4 percent of personnel entitled to paternity leave took it in fiscal 2017, up 0.8 percentage points from the year before.

In the private sector, 6.16 percent of new fathers took time off for childcare in fiscal 2018 despite the central government's subsidy program to get more companies to offer them support, in contrast with 82.2 percent among new mothers, according to the labor ministry.

The government is now considering increasing the size of subsidy provided to each company, the sources said.