The Japanese government said Monday the process of removing melted fuel from the Fukushima Daiichi nuclear power plant, considered the most difficult part of cleaning up the crisis-hit facility, will start in 2021.

Among the three reactors that suffered a meltdown following the 2011 earthquake and tsunami, work will begin at the No. 2 unit because it is the easiest and safest bet, the government said in its latest decommissioning plan.

The plan calls for completing the removal of the 4,741 fuel rods left inside the cooling pools of the Nos. 1 to 6 reactors by 2031, giving a specific time frame for the first time.

"As more people return and rebuilding progresses in the areas around the Daiichi plant, we will take measures based on the basic principle of balancing rebuilding and decommissioning," said industry minister Hiroshi Kajiyama, who heads the government task force on decommissioning. 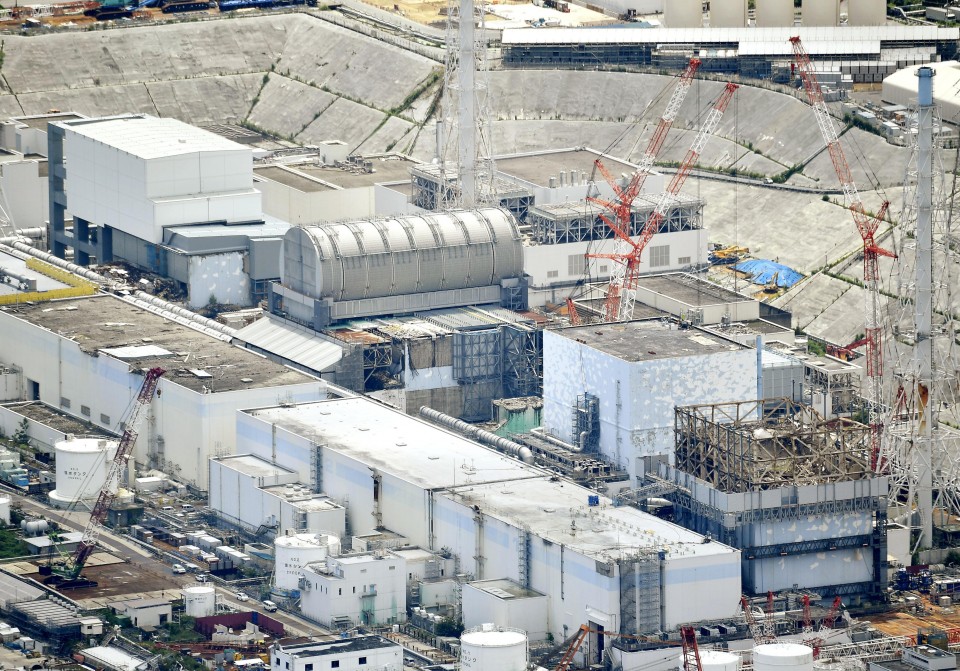 The plan, revised for the fifth time, maintains the outlook of completing the decommissioning of the plant operated by Tokyo Electric Power Company Holdings Inc. in 30 to 40 years following the meltdowns triggered by a magnitude-9.0 earthquake and ensuing tsunami on March 11, 2011.

But given issues that have caused frequent delays, it remains uncertain whether the plan will proceed as scheduled.

The No. 2 unit was in operation when the crisis began and some fuel has apparently melted through the reactor pressure vessel that holds the fuel and accumulated at the bottom of the outer primary containment vessel.

Among the three reactors that experienced core meltdowns, the reactor building housing the No. 2 unit was the only one that did not suffer a hydrogen explosion. The radiation levels near its containment vessel are also estimated to be lower than the others.

According to a person with knowledge of the matter, TEPCO plans to initially insert a robot arm into a hole in the containment vessel and extract small amounts of nuclear debris -- around 1 gram -- at a time, and gradually move up to removing several kilograms a day.

The process could take several years for the No. 2 unit alone, which according to one estimate contains 237 tons of debris. Together, the Nos. 1 to 3 units are said to house 880 tons of debris.

An earlier plan called for taking samples from the reactor in fiscal 2019 ending in March prior to removing the debris, but the revised plan states the two steps will happen at the same time, and that the scope of the debris removal will expand through 2031.

Spent fuel from the reactors is being kept in their respective cooling pools to prevent it from melting. The spent fuel is slated to eventually be moved along with some unspent fuel to a nearby common pool for longer term storage, although its final destination has yet to be decided.

All fuel has been removed from the pool of the No. 4 unit, which was being halted for a regular checkup at the time of the crisis, and the removal of fuel from the No. 3 unit began in April. The same work will begin at the Nos. 1 and 2 unit in fiscal 2023, according to the latest plan.