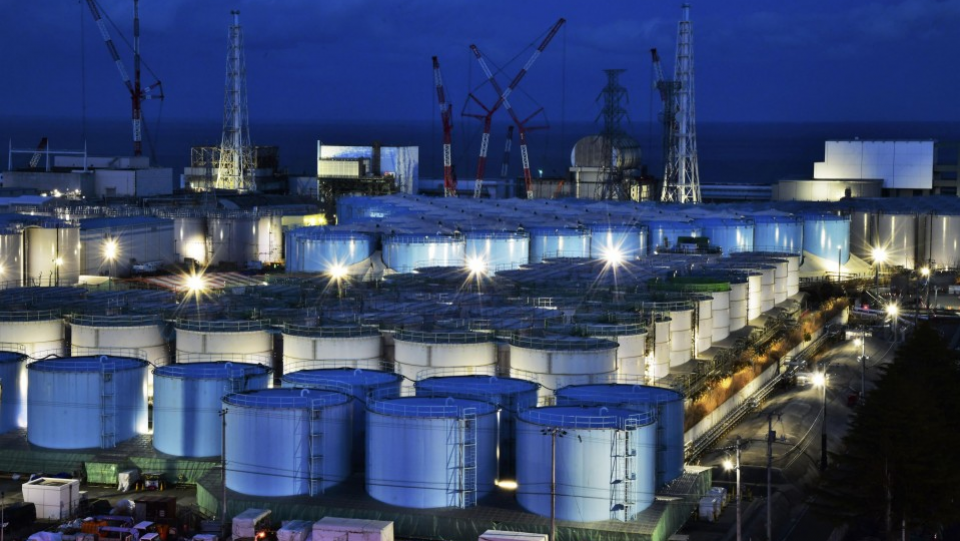 TOKYO - Japan's industry ministry said Monday it would be safe to release water contaminated by the Fukushima nuclear disaster into the ocean, stressing that the health risk to humans would be "significantly small."

Discharging the water into the Pacific Ocean over the course of a year would amount to between just one-1,600th and one-40,000th of the radiation that humans are naturally exposed to, the Ministry of Economy, Trade and Industry told a government subcommittee on the issue.

Water used to cool the melted-down cores and groundwater near the disabled plant contains some radioactive materials, and is currently being collected and stored in tanks on the plant grounds.

But space is fast running out, and the government is exploring ways to deal with the water -- already more than 1 million tons and increasing every day.

According to the ministry, annual radiation levels near the release point is estimated at between 0.052 and 0.62 microsievert at sea and 1.3 microsieverts in the atmosphere, compared with the 2,100 microsieverts that humans are naturally exposed to annually.

While government officials stress the safety of releasing the water, opposition lawmakers as well as neighboring South Korea have expressed concern.

The water is being treated using an advanced liquid processing system, or ALPS, though the system does not remove the relatively non-toxic tritium and has been found to leave small amounts of other radioactive materials.

The tanks storing the water are expected to become full by the summer of 2022, according to Tokyo Electric Power Company Holdings Inc., the operator of the Fukushima Daiichi nuclear power plant.

The plant was disabled by a magnitude 9.0 earthquake and ensuing tsunami on March 11, 2011.