Pope Francis said Tuesday that he is against the use of nuclear power unless safety were fully guaranteed, following his trip to Japan which has suffered not only wartime atomic bombings but also one of the world's worst nuclear power plant disasters in 2011.

"I have a personal opinion: I wouldn't use nuclear energy until it is totally safe to use," the pope told a group of reporters aboard the plane returning to Rome from Tokyo, emphasizing that a nuclear accident could "always happen" and would necessarily be "big" once it occurred.

In Japan, the 82-year-old pontiff met the victims of the Fukushima nuclear crisis, triggered by a massive earthquake and tsunami that hit the northeastern region in March 2011, and touched on calls among Japanese bishops to seek the abolishment of nuclear reactors.

But he had stopped short of explicitly stating his own position on the issue at that time. 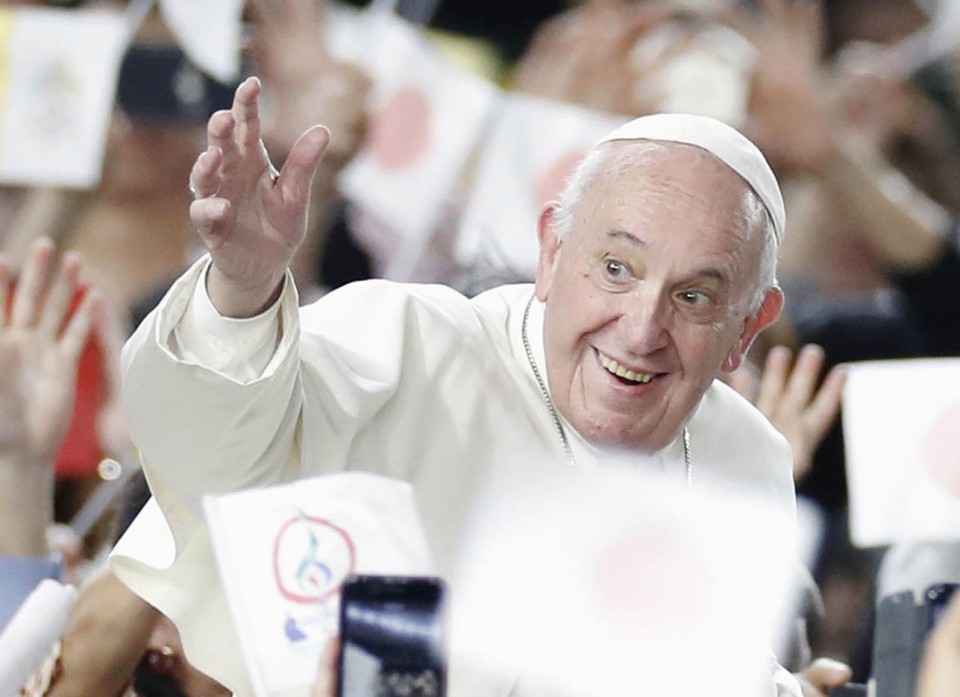 The Japanese government continues to push ahead with restarting nuclear power plants that were taken offline after the crisis at the Fukushima complex, the world's worst nuclear disaster since Chernobyl in 1986. But safety concerns linger among the public.

Aboard the plane, the pope also reiterated his criticism of nuclear weapons, saying the use of such arms is "immoral" and the possession of them "could destroy humanity" due to the "folly" of some leaders or an accident.

Pope Francis stayed in Japan for four days beginning on Saturday, during which he called for the elimination of nuclear weapons in addresses to Nagasaki and Hiroshima -- the two Japanese cities that were devastated by U.S. atomic bombings in the closing days of World War II.

Visiting both cities was his desire, the pope said, adding that his trip to Nagasaki, where Christianity has taken root in Japan, was especially "touching."

Pope Francis was elected as the Roman Catholic pontiff in 2013. His trip to Japan was the first papal visit to the Asian country in 38 years.