Britain has agreed to take back 42 containers of plastic waste illegally shipped to Malaysia, the two sides said Monday in a joint statement.

The containers arrived in Penang Port between March 2018 and March 2019 without the necessary import papers, according to the statement by Malaysia's environment ministry and the British High Commission.

"This cooperation signifies a recognition that plastic pollution is a global issue which requires commitment from various countries to address the problem," Malaysian environment minister Yeo Bee Yin said in the statement. 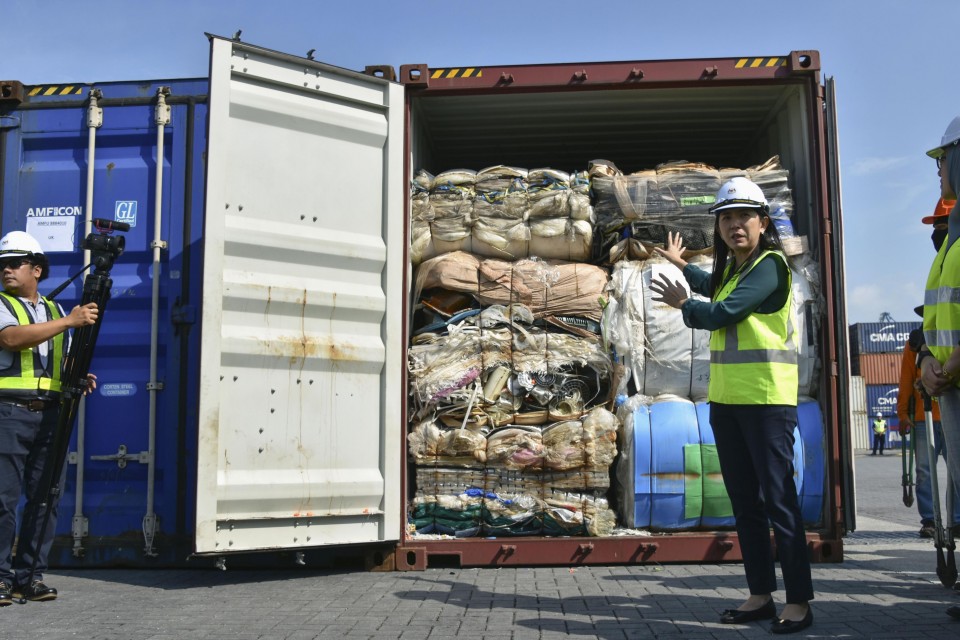 (Malaysia's environment minister Yeo Bee Yin stands in front of a container holding plastic waste brought illegally into the country, at Port Klang in Selangor, near Kuala Lumpur, on May 28, 2019.)

Malaysia has become the world's main dumping ground ever since China imposed a ban on waste imports in January 2018.

Yeo earlier this year told local media that the government had discovered some 300 containers of illegal plastic waste docked at various ports in the country and hoped to repatriate at least 60 containers to their countries of origin by year-end.

Malaysia has begun tightening its enforcement since July last year when it froze the issuance of licenses to set up plastic waste recycling plants and banned the import of plastic waste.

It has also cracked down on illegal recycling plants, shutting down 150 nationwide while conducting operations at ports to check smuggling of such waste.

According to a report released by environmental group Greenpeace in April, based on data drawn between January and November 2018, Malaysia ranked as the top importer of plastic waste at 15.7 percent, followed by Thailand at 8.1 percent, Vietnam at 7.6 percent, Hong Kong at 6.8 percent and the United States at 6.1 percent.

Environmentally friendly straws catching on in Japan, but some hesitate