For some, an ocean full of plastic is the last straw.

That's why a growing number of environmentally conscious restaurants in Japan are doing away with single-use plastic straws in favor of reusable silicone and stainless steel ones as a way to combat the global plastic waste crisis.

But while reusable straws have been selling briskly at chain stores, especially among young women, some people are hesitant to use them for fear of standing out or simply because reusable straws are a hassle to clean.

"I bring my own straw to work with me every day without fail," said Komomo Tamba, 24, a Tokyo company employee who has been using a reusable stainless steel straw for the past five months. This has sparked the curiosity of her family and friends, some of whom have started using reusable straws of their own. "I'm happy that one by one my circle is growing," Tamba said.

The global anti-straw movement was inspired by a 2015 viral video that showed a team of scientists extracting a plastic drinking straw from a sea turtle's nose. 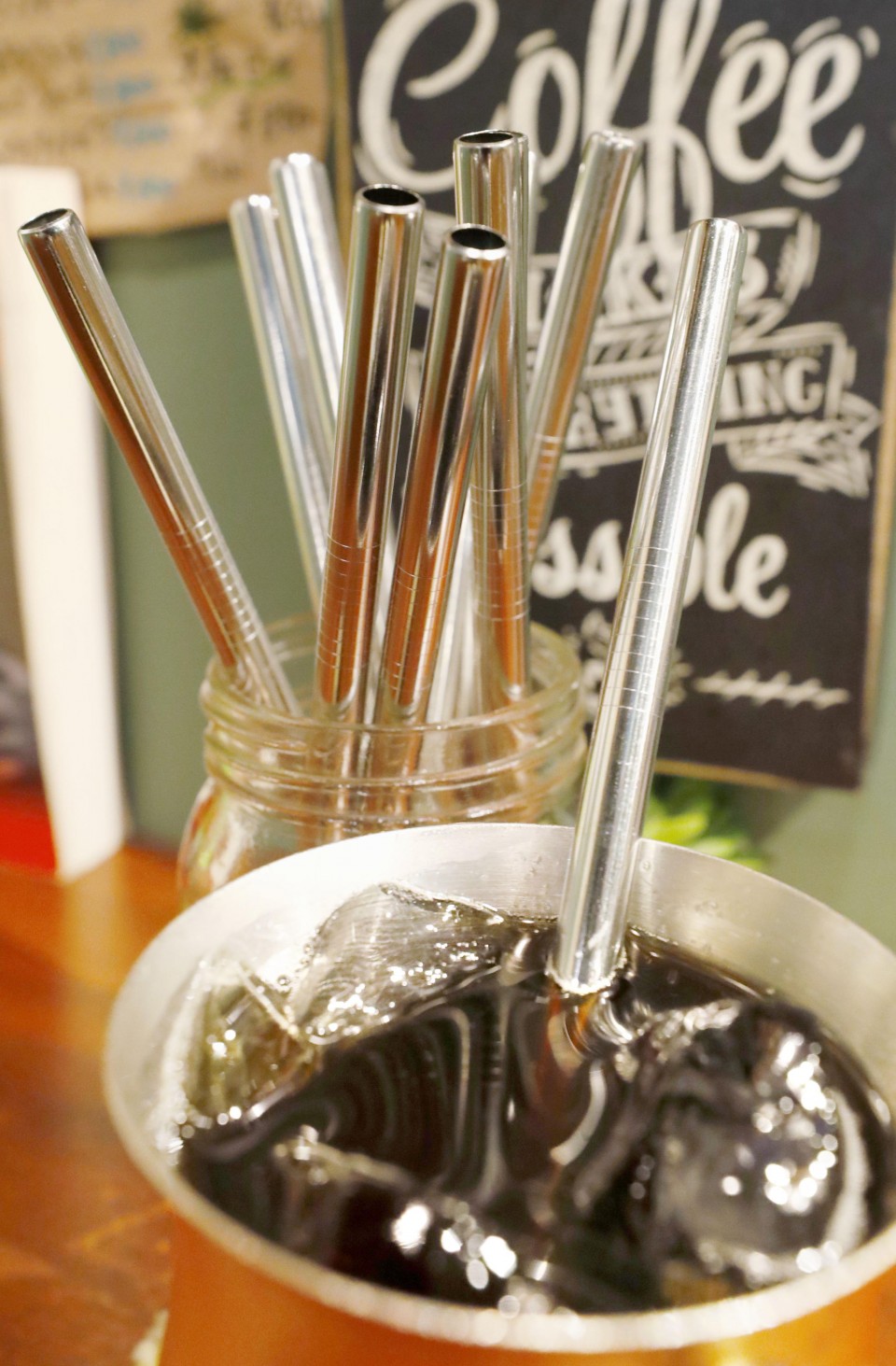 Since September last year, the Tokyo-headquartered chain store Loft, which sells everyday household goods, has been stocking up on reusable straws and related items such as reusable chop sticks.

Overall sales of straws at the chain for September this year were about 4.3 times higher than in the same period last year, with reusable straws significantly contributing to the jump. Many customers have been buying them as gifts.

As sales grow, the varieties of reusable straw have increased. Many of the newer types are convenient for carrying around as they come with their own case or are collapsible.

In addition to stainless steel straws, which start at over 300 yen ($2.80), there are also straws made from other materials, including titanium, said to be better for those who suffer from metal allergies.

But not everyone is eager to buy reusable straws.

"I think (the reusable straws) are good since they're eco-friendly but I don't know anyone who carries them around," said Hiromi Hattori, 58, a housewife from the town of Otobe in Hokkaido who was visiting the Sapporo Loft in early October. "Once they become common, maybe I'll consider buying one." 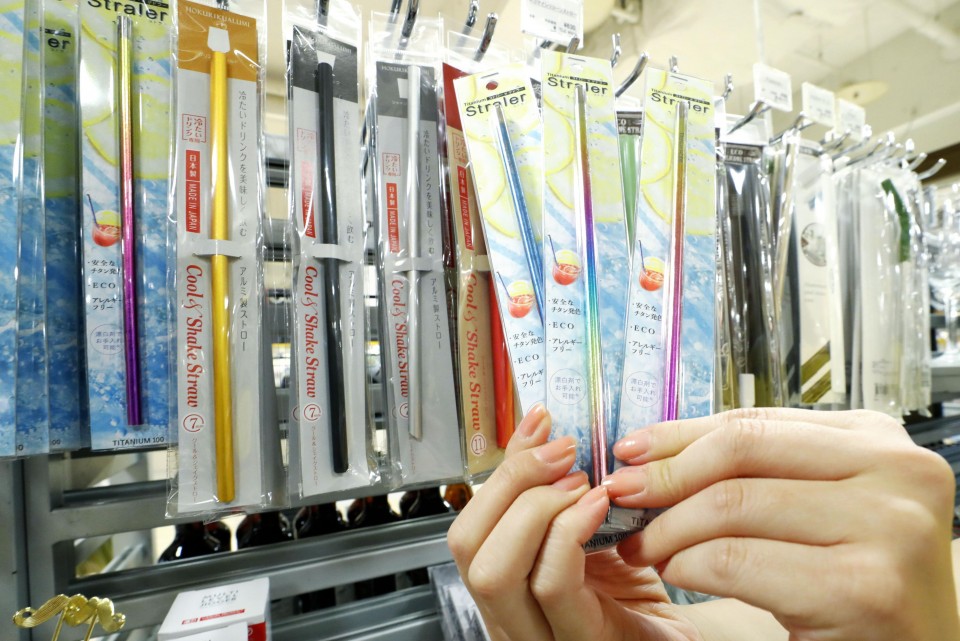 (Environmentally friendly stainless steel straws are on sale at a Loft store in Sapporo, northern Japan.)

Hina Maekawa, a 22-year-old university student from the town of Sasaguri, Fukuoka Prefecture in southwestern Japan, said she has been using her own stainless steel straw for about one year.

Although she enjoys "the pleasant coolness of drinks all the more, it's inconvenient to carry around," Maekawa said, explaining that she has to use a special brush to clean the straw each time she finishes using it.

She admits to accepting plastic straws when at a restaurant with friends, simply because she is trying to fit in with those around her. "If more schools and groups come together to join this (reusable straw) movement, it will become more pervasive in society," she said.

One company that has taken the issue seriously is Tokyo-based Sompo Japan Nipponkoa Insurance Inc. It stopped offering plastic drinking straws at its headquarters' cafeteria from last October and urges employees to bring reusable straws to work instead.

Since imposing the ban, the company estimates it has prevented the use of about 170,000 single-use straws per year.

Family-style restaurant chains such as Gusto and Jonathan banned all plastic straws as of June. Diners wanting straws are provided with biodegradable ones made of corn.

Hideshige Takada, a professor at Tokyo University of Agriculture and Technology who is an expert on environmental pollution, said, "If more people carry their own straws, the people around them and shops that see this will start to think about our plastic waste problem."

So even if the direct impact on the overall waste problem of people buying reusable straws is minimal, it creates awareness, he said, and "the ripple effects of creating that opportunity could be very big."