Hakuho (9-1) needed a few extra seconds to overcome No. 5 maegashira Aoiyama (5-5) in the final bout of Day 10 at Fukuoka Kokusai Center but eventually drove the 199-kilogram Bulgarian out.

Komusubi Asanoyama remained one win back to keep the pressure on the Mongolian-born yokozuna, who faces No. 5 Ryuden on Day 11. 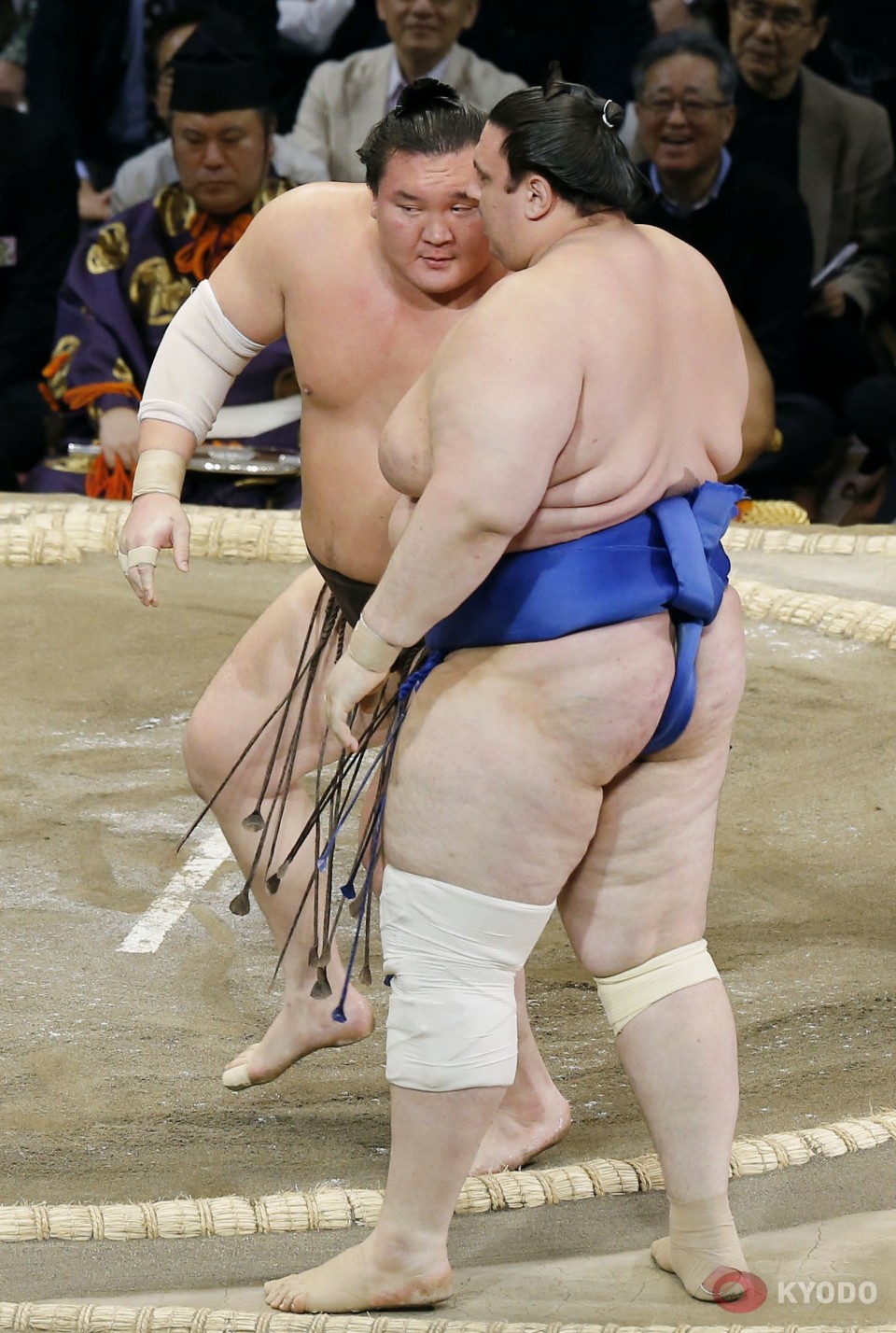 Hakuho is on target to win his 43rd top-division title going into the final third of the year's last grand tournament, which has seen injury withdrawals of several of the sport's elite.

Yokozuna Kakuryu, ozeki Goeido and Takayasu, and sekiwake Tochinoshin have all bowed out, with Takayasu facing a demotion at the New Year meet in January and Tochinoshin missing a shot for an automatic return to sumo's second-highest rank.

In other bouts on Day 10, Asanoyama (8-2) secured a winning record in his debut tournament among the three "sanyaku" ranks below yokozuna after beating No. 2 Meisei (5-5). 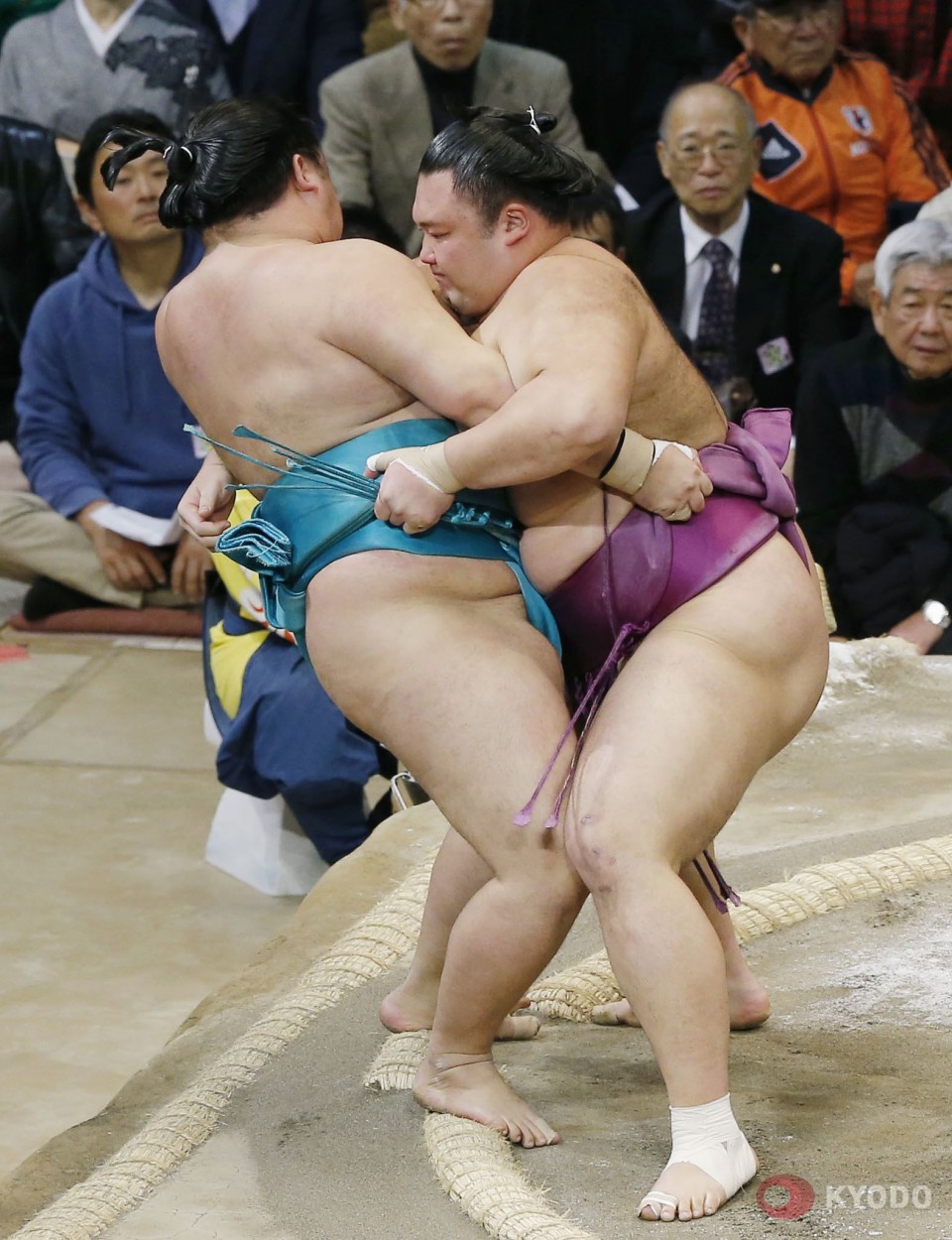 The new komusubi immediately latched onto Meisei with a left-handed belt hold and bulldozed the maegashira out of the ring.

No. 13 Kagayaki (7-3) fell down the leaderboard after losing to No. 14 Terutsuyoshi (6-4), who beat his fellow maegashira for the first time in four makuuchi matches.

Kagayaki was unfazed by an initial slap to the face and took Terutsuyoshi to the edge, but appeared to run out of steam and allowed his opponent to rush him over the straw.

Takakeisho (7-3) defeated No. 4 Kotoyuki (4-6) to keep alive his hopes of hoisting the Emperor's Cup for the second time. The ozeki had little trouble thrusting the rank-and-filer out in their first meeting in the top division.

Ryuden (4-6) turned around Mitakeumi (5-5) to hand the sekiwake his fifth loss. Mitakeumi had Ryuden seesawing on the straw, but the maegashira recovered and reversed positions with the September meet winner before lifting him out.

Abi (6-4) quickly dispatched fellow komusubi Hokutofuji (4-6), keeping his opponent on the back foot with a throat hold and driving him out.

Among the rank-and-file, popular No. 6 Enho (5-5) stumbled out of the ring in his bout against No. 13 Chiyomaru (7-3) as he tried to circle away from the thrusting heavyweight.