Many people living in areas hit by a powerful typhoon earlier this month were unable to watch the live broadcast of Emperor Naruhito's enthronement ceremony Tuesday as they continued to clean up after the disaster.

Some disaster victims who managed to watch the ceremony reacted positively, with one saying she was cheered up and another expressing hope that the ceremony would provide a lift to the world.

Yoshiyuki Niitsuma, 65, who lives in Iwaki, Fukushima Prefecture, said, "There was no time (to watch the broadcast) as many people are tired and busy cleaning up their houses." Few people were seen watching the television at an evacuation center in the city.

Katashi Minato, a 91-year-old resident of Marumori in Miyagi Prefecture that was hit hard by Typhoon Hagibis, watched the news about the enthronement ceremony while cleaning his home damaged by a mudslide.

"Though I had an interest in it, I couldn't think about it as I had my hands full with cleaning work," Minato said. "The top priority is recovery, and then I would like to celebrate from my heart." 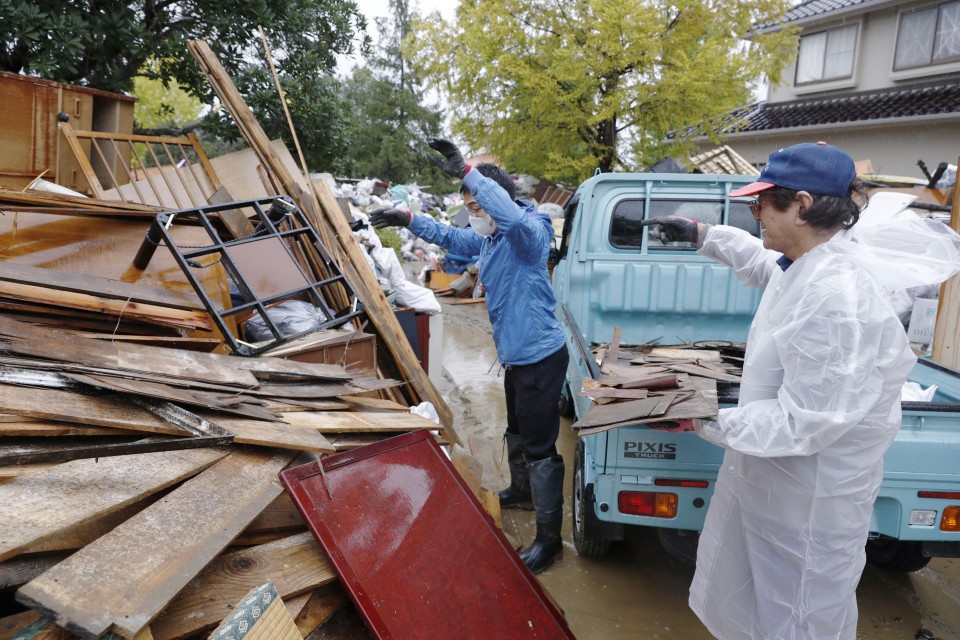 In some parts of the city of Nagano that were flooded by the typhoon, fresh evacuation orders were issued Tuesday amid further rain.

"I'd like people to pay attention to the present situation of the disaster-hit areas," said Shu Tsuchiya, 79, who evacuated to an elementary school designated as an evacuation center.

Yutaka Inoue, 50, who came to an evacuation center in the city to pick up aid supplies, said he had wanted to visit Tokyo to see the motorcade of Emperor Naruhito and Empress Masako but cancelled his plan following the disaster.

The imperial couple's parade in the capital was initially scheduled for Tuesday following the ceremony, but the event was postponed to Nov. 10 in the wake of the typhoon that left more than 80 people dead.

"I wanted to see it firsthand," Inoue said.

Meanwhile, Mieko Hashimoto, 88, who watched the live broadcast at an evacuation center in Motomiya, Fukushima Prefecture, said, "Though my prospects are unclear, I was encouraged a little." 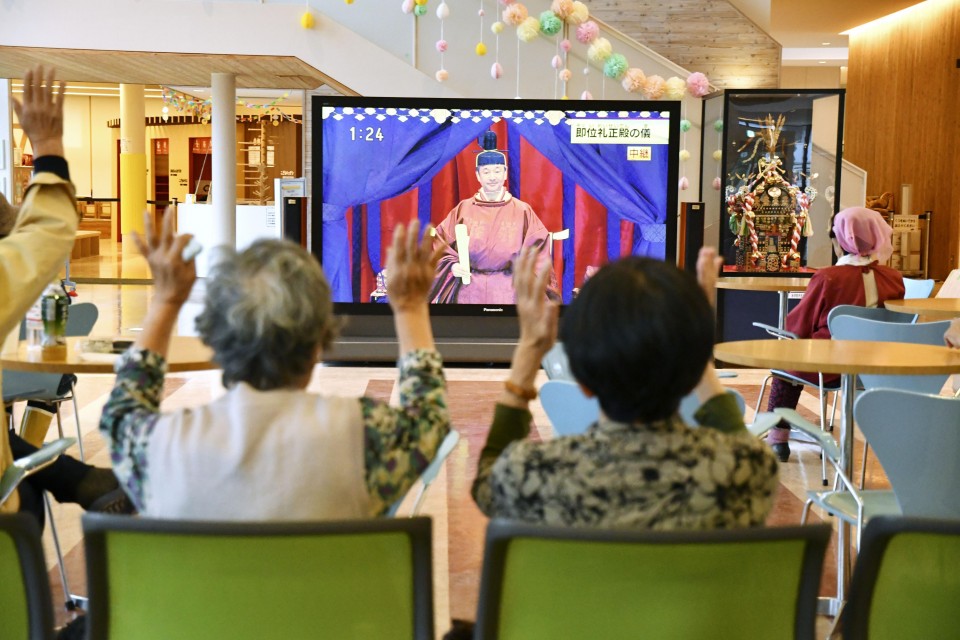 Yoshiko Endo, 92, who is staying at another evacuation center in the city, said in tears, "It was so beautiful that I can't express it in words."

In Marumori, 40-year-old Kazuya Furukawa whose flower shop was flooded, said, "As there has been much gloomy and devastating news recently, I hope the world will be lifted" by the news of enthronement.