Some of Japan's eastern and northeastern regions are bracing for possibly more floods and landslides, as heavy rain could drench areas that are still reeling from the most powerful typhoon to hit the country in decades a week ago.

In Chiba Prefecture, near Tokyo, 110 millimeters of rain per hour was recorded in the morning, while at least 28 homes and stores were confirmed inundated the same day in Mie Prefecture, central Japan, with a river overflowing, according to local governments.

A low-pressure system that is bringing heavy rain is expected to proceed to the Hokuriku and Tohoku regions, according to the Japan Meteorological Agency. 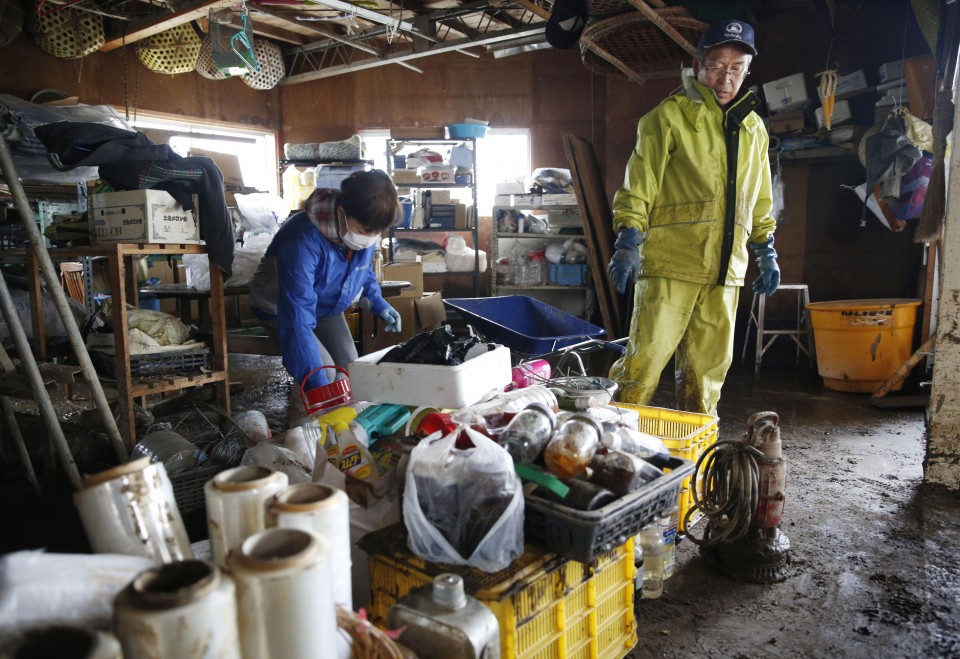 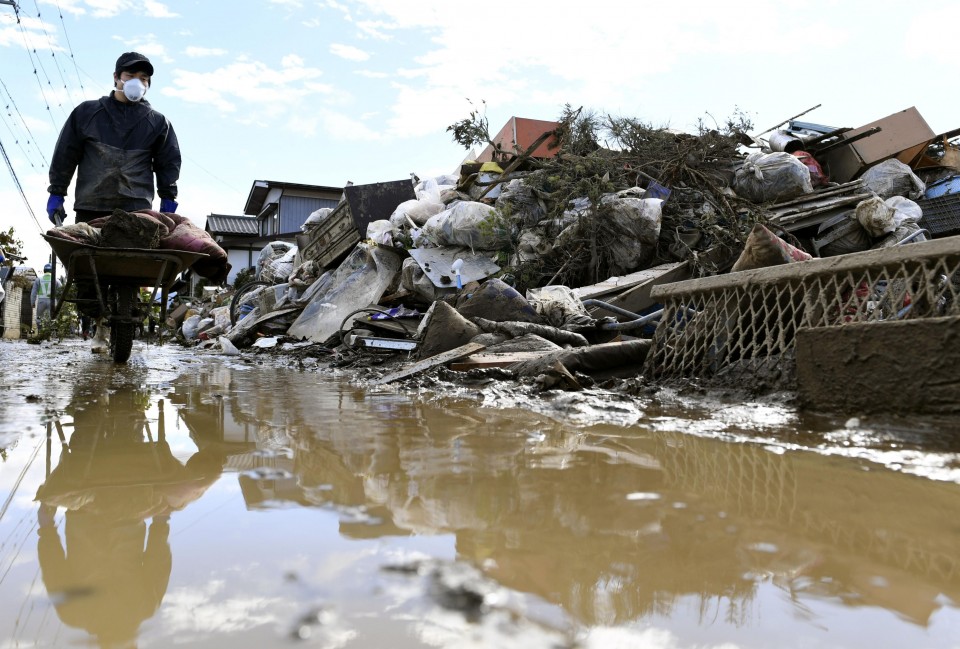 At least 13 municipalities in Miyagi and Fukushima prefectures, hit hard by Typhoon Hagibis, said they canceled plans to solicit volunteers out of concern for their safety, despite the urgent need to speed up recovery efforts.

"All will be over if more heavy rain comes," Satsuki Hikichi, a 78-year-old resident of the town of Marumori, Miyagi, said at a school building used as an evacuation center.

Municipalities hit by the disaster are struggling with massive wastes such as flood-soaked furniture and home appliances.

The Environment Ministry estimates that a total of several million tons of waste will need to be disposed of, far exceeding 1.9 million tons resulting from the rain disaster in western Japan last year.

Affected municipalities will not be able to deal with all the waste on their own, and it will likely take more than two years for disposal unless governments in regions less affected by the disaster offer to cooperate, experts said.

The season's 19th typhoon claimed the lives of at least 79 people, with 10 still missing, left some 2,400 homes heavily damaged or destroyed and inundated at least 25,000 hectares on the country's main island of Honshu, according to government data.

East Japan Railway Co., whose railyard in the central Japan prefecture of Nagano was flooded, will not be able to make up for 120 inundated shinkansen bullet train cars and fully restore the Hokuriku Shinkansen service between Tokyo and Kanazawa to the level before the typhoon disaster by the year-end holiday season, company sources said.

Another typhoon is approaching the southern island prefecture of Okinawa and is expected to travel eastward, the weather agency said.