The death toll from Typhoon Hagibis that triggered massive flooding in Japan rose to 80 on Sunday as search operations continued.

Ten people remained missing, according to a Kyodo News tally, after flooding and mudslides ravaged wide areas of central, eastern and northeastern Japan.

According to the Fire and Disaster Management Agency, the number of homes flooded or damaged by the typhoon stood at 56,753, exceeding the around 51,000 in last year's torrential rain in western Japan that killed over 200. 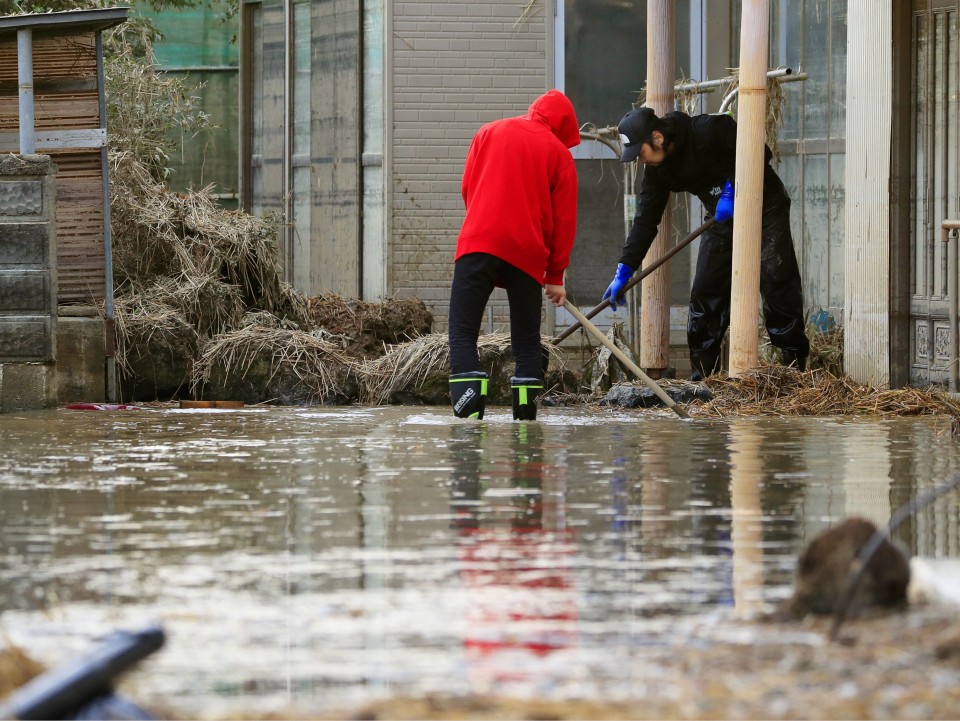 As of Sunday, about 4,000 people were still staying in evacuation shelters and over 78,000 homes were without water supply, the government said.

Prime Minister Shinzo Abe pledged all-out efforts Sunday to help locate missing people and restore infrastructure devastated by Typhoon Hagibis in a meeting with the governor of Nagano Prefecture, one of the hardest-hit areas.

"The government will do everything it can. We will make all-out efforts in searching for missing people and in restoring rivers and lifeline services," the prime minister told Nagano Gov. Shuichi Abe during the meeting at the prefectural government office. 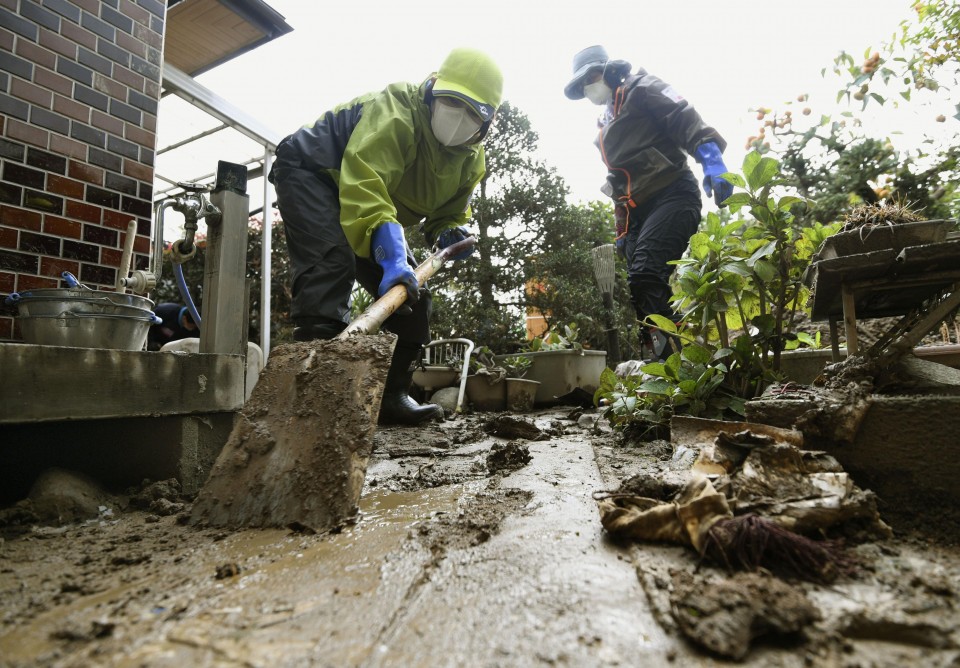 The prime minister told reporters his government would consider earmarking 500 billion yen ($4.6 billion) for relief and restoration efforts for the time being and putting together "a package of measures to support the rebuilding of people's lives."

Earlier in the day, he inspected the site of the breached embankment of the Chikuma River, inundated homes and other areas hit by the typhoon last weekend, following his recent inspections in Fukushima and Miyagi prefectures.

In Nagano, he also visited an evacuation center to meet displaced people and listen to what kind of urgent support they need. 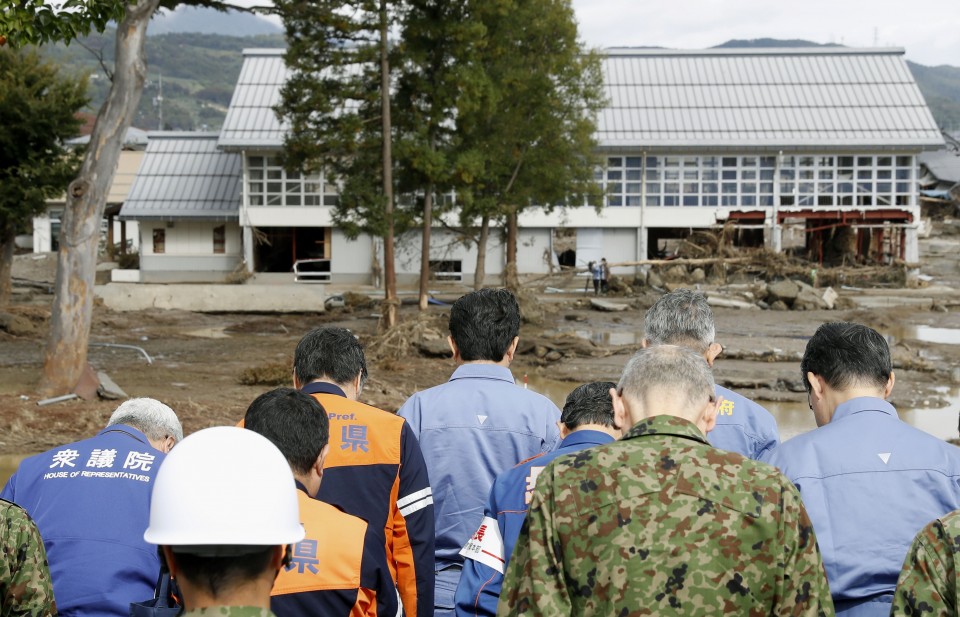 (Japanese Prime Minister Shinzo Abe (C) observes a moment of silence at a flooded area along the Chikuma River in Nagano, central Japan.)