A farmer living near a rugby stadium in western Japan hosting a number of matches for the World Cup will be handing out watermelons shaped like rugby balls to visitors Sunday for free, hoping to help build excitement around the games.

The watermelons were grown by Kosuke Matsubara, an 86-year-old farmer who has been specializing in oval-shaped fruits and vegetables for decades.

Matsubara first came up with the idea of growing rugby ball-shaped produce such as watermelons, pumpkins, cabbages and melons as a way of showing his support for the sport. 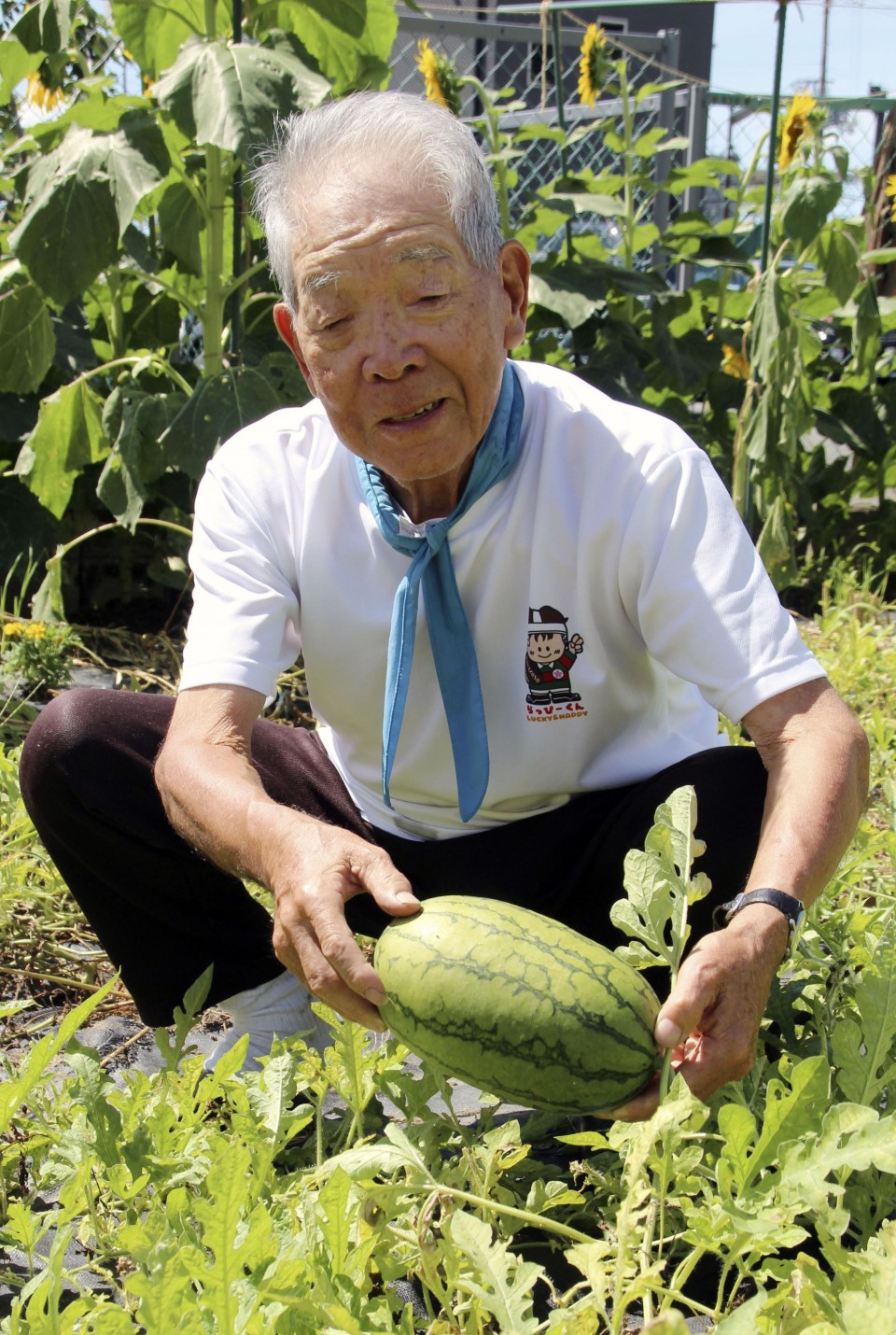 "I would like people to enjoy them as a Hanazono specialty," he said.

He began the endeavor with pumpkins in 1992, slowly gaining national attention as he was featured in television programs and newspapers. He soon learned about a number of similarly shaped produce from around the country and gradually expanded his repertoire, teaming up in 2016 with a group of other farmers.

He delayed the July-August harvesting season for his watermelons to September this year to serve the fruit to spectators at Hanazono stadium.

"I would be happy if it becomes a part of people's memories of visiting Hanazono," he said.