A bunch of red grapes was bought Tuesday in central Japan for 1.2 million yen ($11,000) in the first auction of the season, making it the most expensive since the breed came to market 12 years ago.

The "Ruby Roman," is known for being extremely juicy with little acidity and a high sugar content. Each grape of the breed, developed by the Ishikawa prefectural government, weighs more than 20 grams. 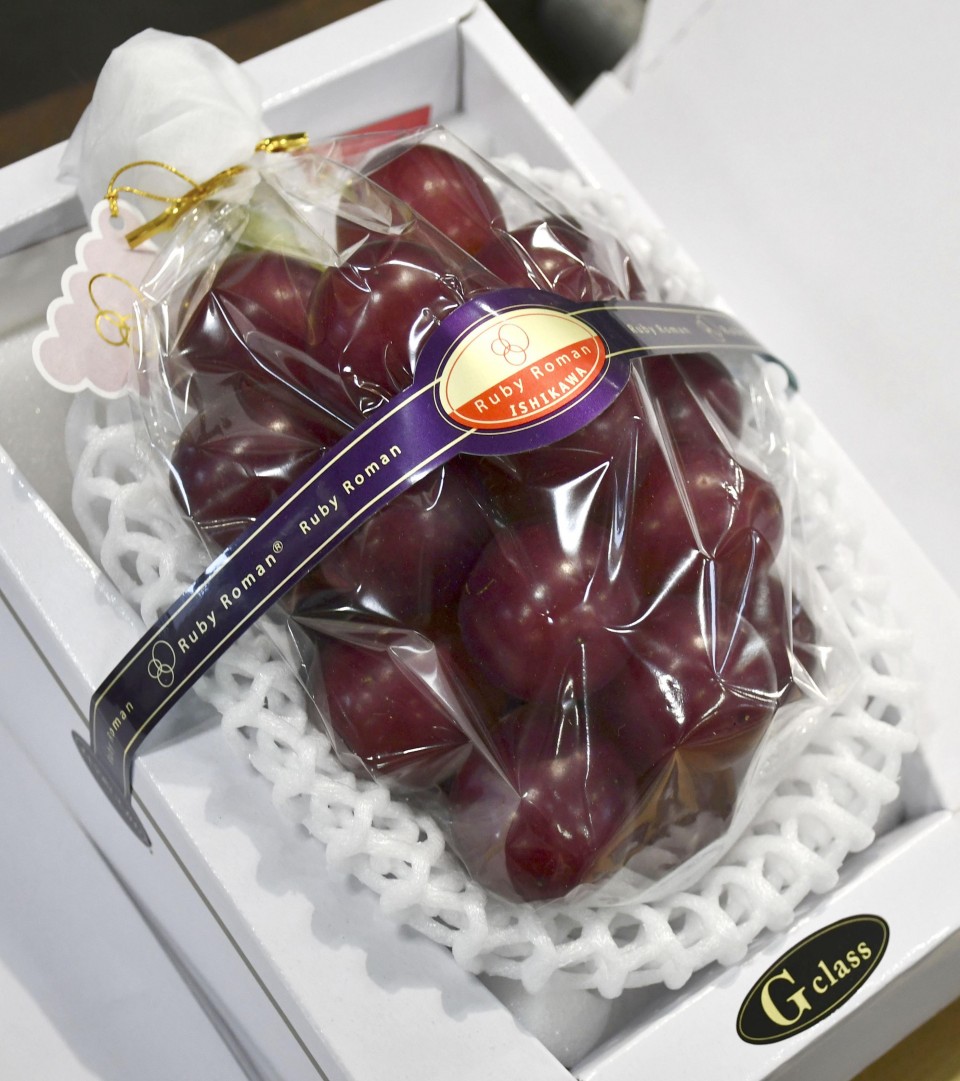 "We offered 1.2 million yen to mark the 12 years (since the grape came on the market) and to celebrate Reiwa's first auction," said Takashi Hosokawa, 45, a manager of a Japanese inn operated by the company that bought the grapes, referring to the new imperial era that started in May.

Hyakurakuso, which owns three "ryokan" inns in the prefecture, bought the bunch through a wholesaler who bid for the grapes at the central wholesale market in Kanazawa.

"We would like to convey to our customers our exhilaration when we held the (box of) grapes," Hosokawa added. 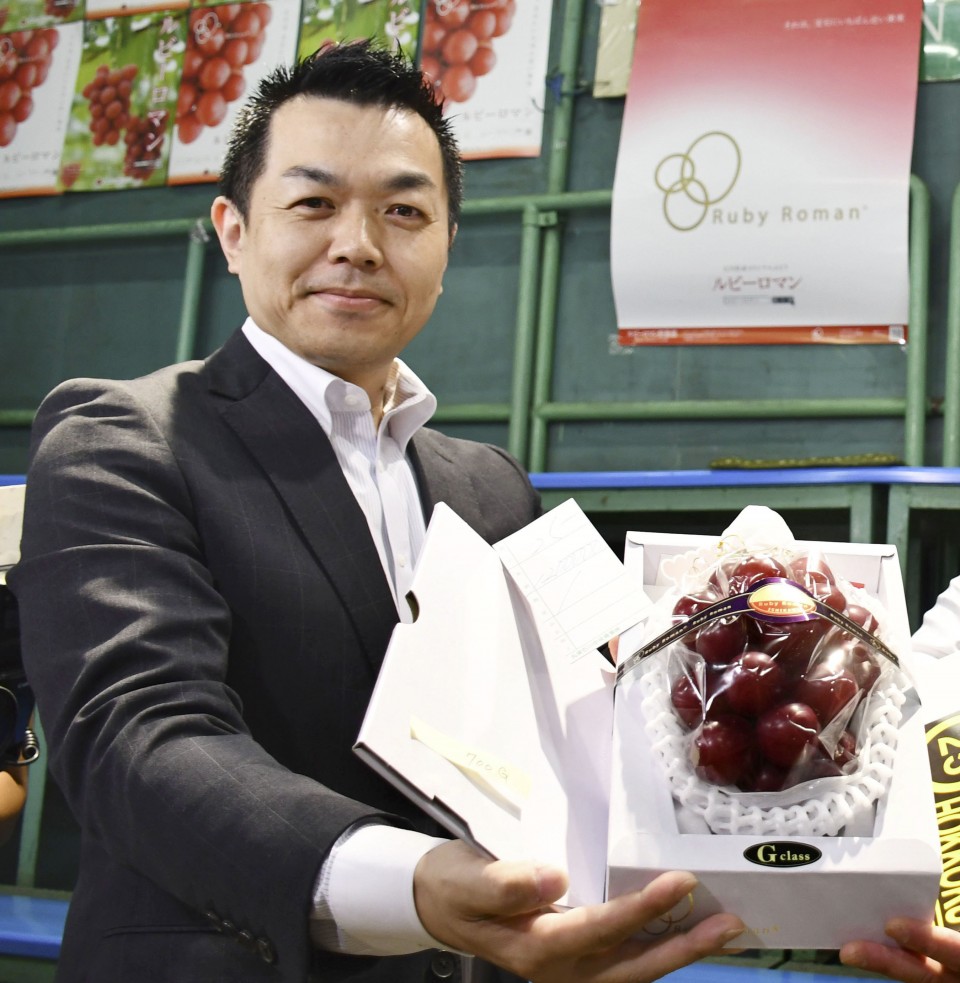 Worries about the grapes' quality caused by the bad weather at the end of June dissipated as the temperature rose from the beginning of July.

It is expected that 26,000 bunches of Ruby Roman will be shipped by the end of September, according to JA Zennoh Ishikawa, a farming cooperative.

Pair of mangoes goes for record $4,488 yen at first auction