Pair of mangoes goes for record $4,488 yen at first auction

A pair of premium mangoes from the southwestern Japan prefecture of Miyazaki fetched a record 500,000 yen ($4,488) in the season's first auction at a local wholesale market on Monday, topping the previous best of 400,000 yen.

The premium mangoes are called "Taiyo no Tamago" (Egg of the Sun). 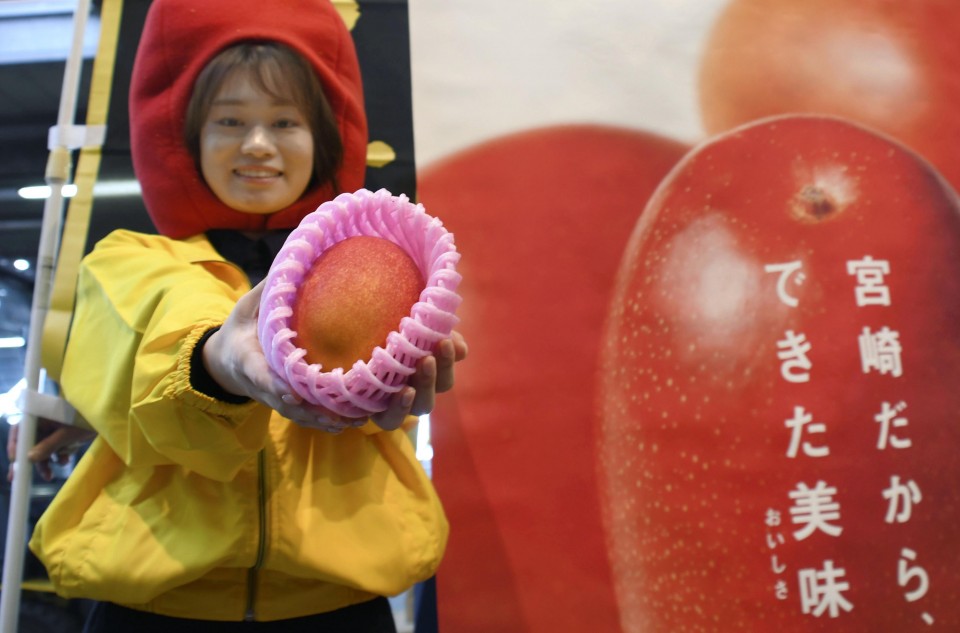 To qualify for this description, they have cleared the strict criteria of weighing at least 350 grams each, possess a high sugar content, and have more than half their skin covered in a bright red hue, according to the Miyazaki Agricultural Economic Federation.

The auction for the fruit began around 7 a.m., causing a stir among the crowd when the record price was announced. The mangoes went to a local produce wholesale company.

"The record price will give a lift to those who grew the mangoes," said Shota Tatemoto, a 35-year-old employee from the company.

Cased in a container and weighing about 1 kilogram between them, the mangoes will be sold at a department store in Fukuoka, the biggest city in the Kyushu region, where Miyazaki is located.

The federation expects shipping from growers to peak between mid-May and mid-June. 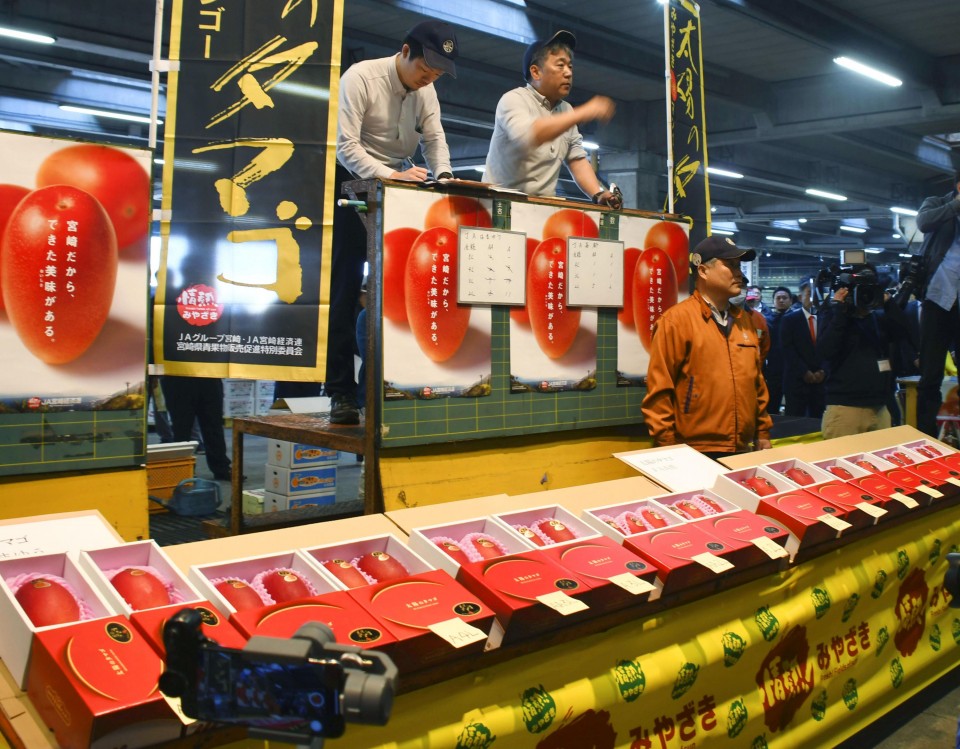