Nine growers in Zentsuji, Kagawa Prefecture, plan to deliver some 600 watermelons to wholesalers by the middle of this month, with a price tag of over 10,000 yen ($92) each. 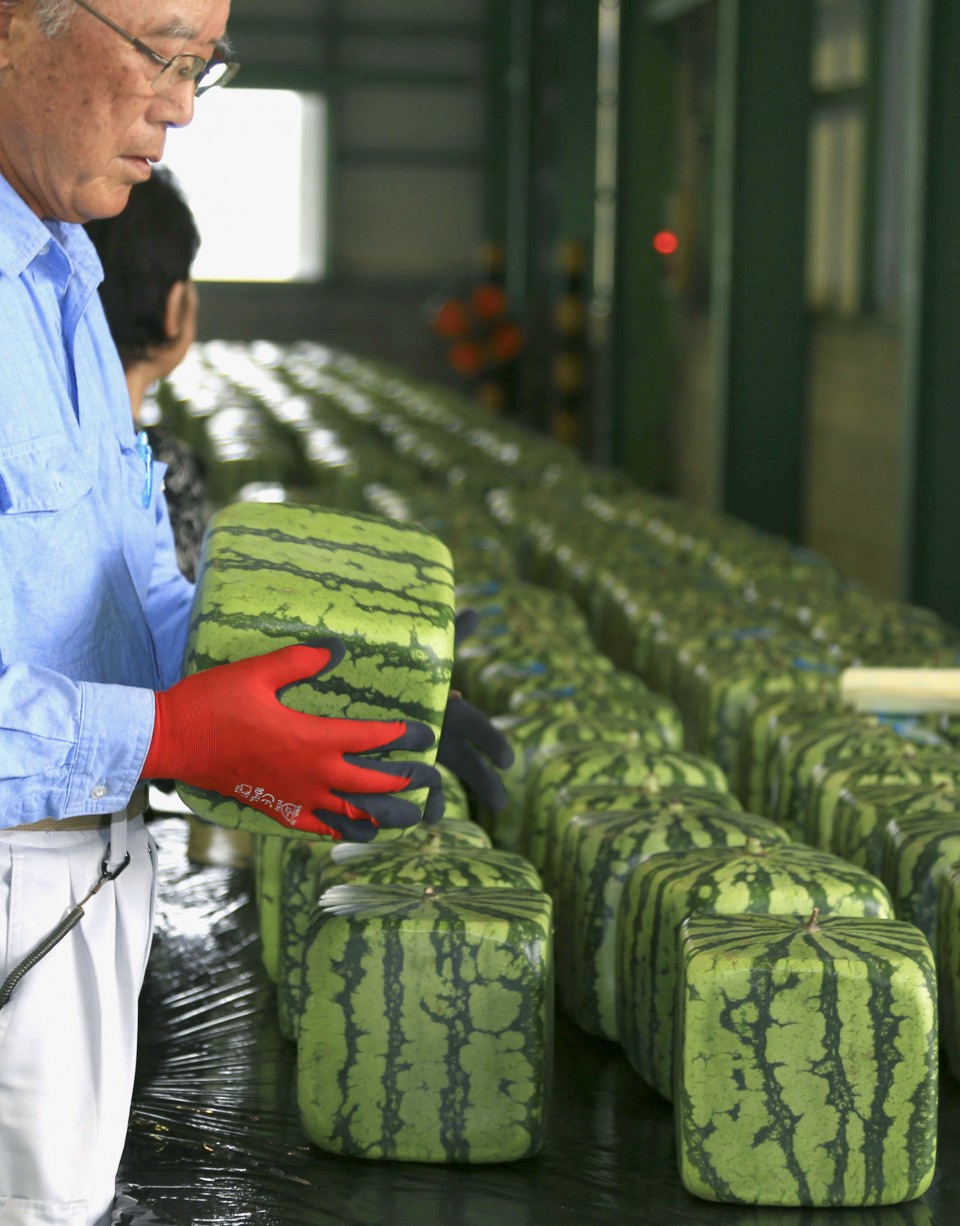 Shaped into about 18-centimeter cubes by being grown in plastic containers for around 10 days while unripe, the watermelons are not edible.

The city began production about 50 years ago in an attempt to raise its profile.

"As the quality is better this year than last year, the number that I can ship out is bigger," said Toshiyuki Yamashita, 71, one of the producers.