A pair of melons grown in the northern Japan city of Yubari, Hokkaido, fetched on Friday a record 5 million yen ($45,500) in the season's first auction.

The price bid at a Sapporo wholesale market beat the all-time high of 3.2 million yen paid in the first auction of Yubari melons last year.

The premium cantaloupe is known for its soft juicy orange-colored flesh and high sugar content and the melons are usually sold for 4,000 yen to 10,000 yen each, often given as a gift in Japan. 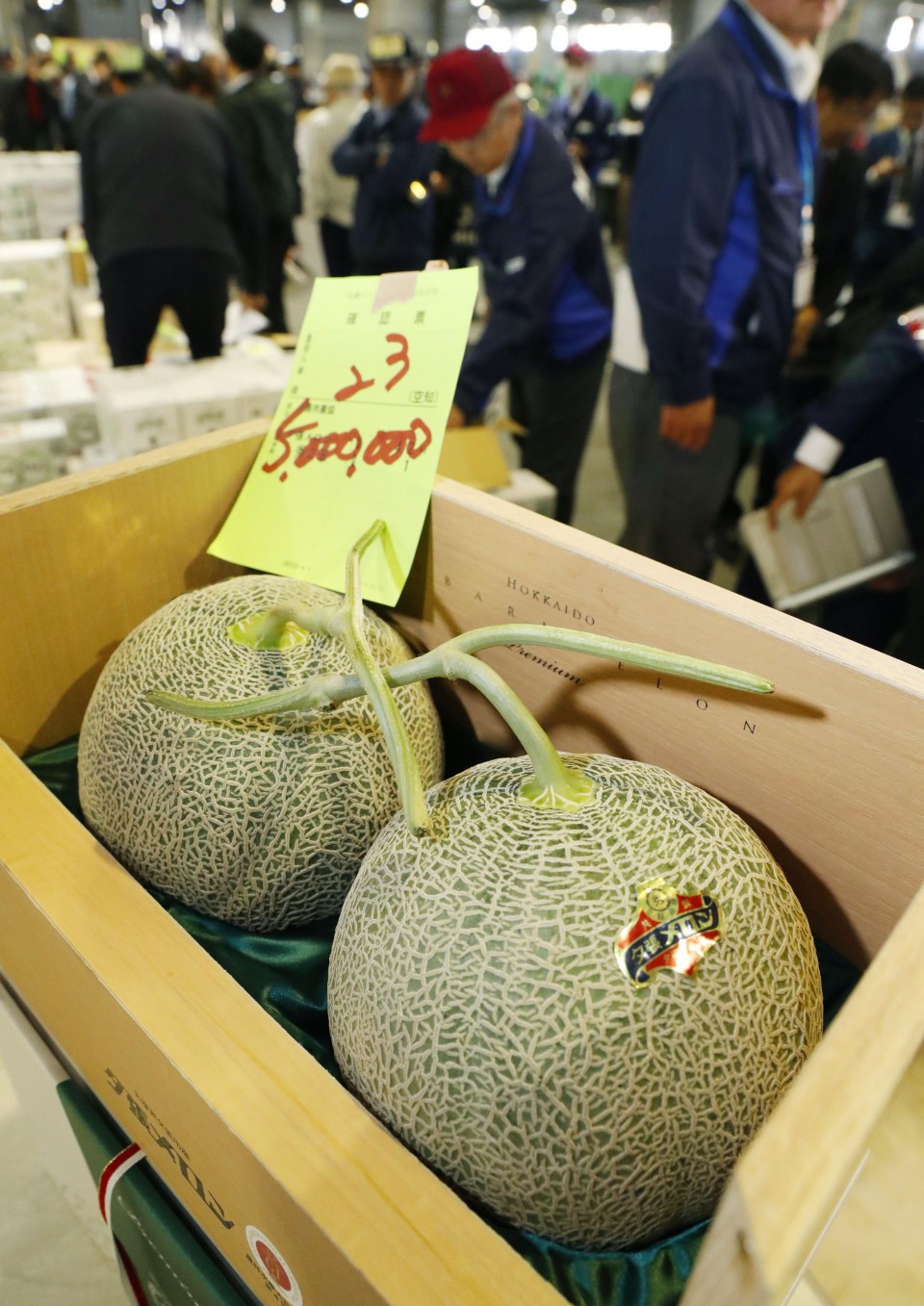 The successful bidder, Nagoya-based Pokka Sapporo Food & Beverage Ltd., said it decided to make a bid in the auction for the first time as part of the celebrations for the 10th anniversary of the release of its melon-flavored soda water.

"As our company was founded in Sapporo, I had been thinking there must be something I can do for Hokkaido," said President Yoshihiro Iwata, 57.

The company said it plans to first display the melons at Sapporo Dome and New Chitose Airport in Hokkaido before taking them for color and scent analysis to help in the development of new products.

The harvesting of melons began Thursday morning in Yubari, a city widely known in Japan for its production of the fruit, and is expected to reach its peak in early July, according to the local agricultural cooperative. 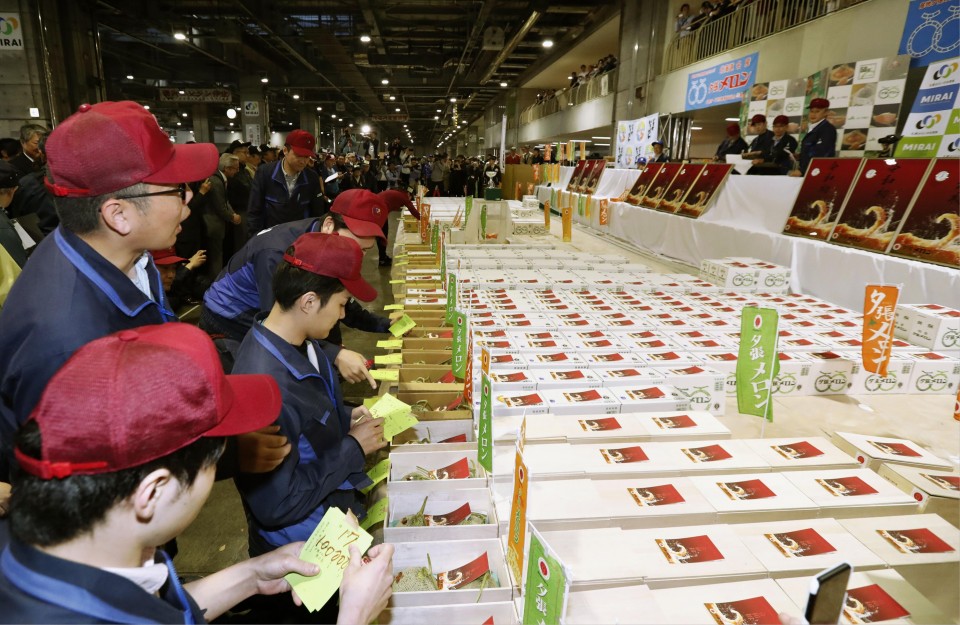