North Korea fired two projectiles believed to be short-range ballistic missiles toward the Sea of Japan early Saturday morning, in the fifth round of launches by Pyongyang in just over two weeks, South Korea's military said.

The projectiles were fired from North Korea's South Hamgyong Province at 5:34 a.m. and 5:50 a.m., flying about 400 kilometers while reaching an altitude of about 48 km, the Joint Chiefs of Staff said.

North Korea's fifth launch of projectiles since July 25 was likely that of short-range ballistic missiles, the JCS and a Japanese government source said. 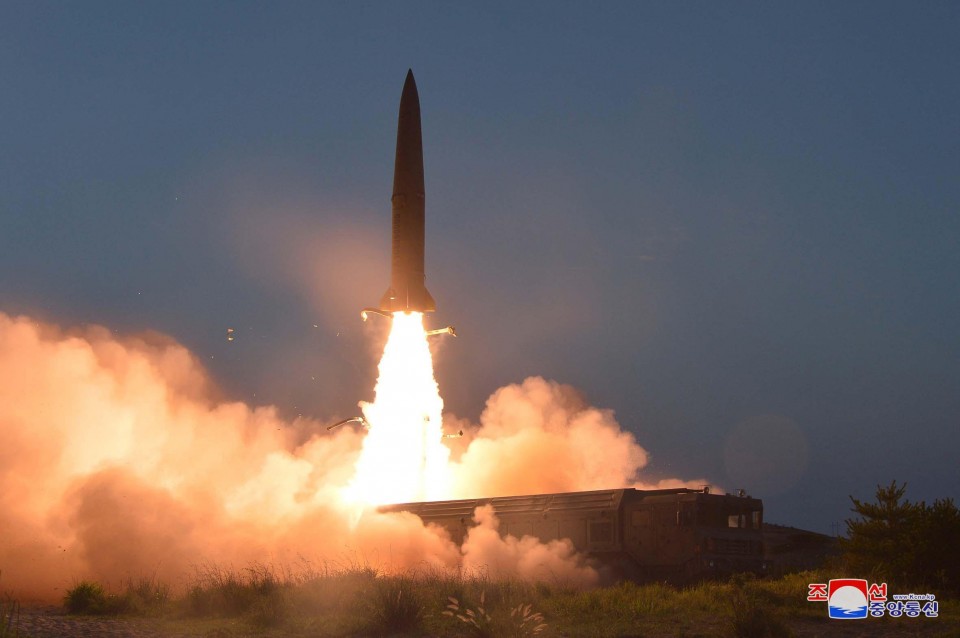 "This is a serious issue for the international community," Japanese Senior Vice Defense Minister Kenji Harada told reporters after the launches.

South Korean military officials and the defense minister held an emergency meeting after the latest launches and took them to be another warning against a South Korea-U.S. joint military drill that started from Monday and runs through late this month.

The North's official Korean Central News Agency said Wednesday that its launches a day earlier were a "warning" to the United States and South Korea over their ongoing joint military exercises.

U.S. President Donald Trump said Friday he received a "beautiful" letter from North Korean leader Kim Jong Un in which he said he does not like conducting the short-range ballistic missile tests North Korea has been doing in recent weeks but justified the move as a response to the U.S.-South Korea drills.

The U.S. president said on Aug. 1 he was not worried about the missiles being tested by the North, calling them "very standard," short-range devices.

"Short-range missiles, we never made an agreement on that. I have no problem. We'll see what happens," Trump told reporters after North Korea carried out a series of missile launches.

South Korean and U.S authorities are currently working on identifying the exact type of the projectiles, said the JCS, while warning that additional launches are highly likely as North Korea is now conducting summer military drills.

The Japanese government said Saturday that it has not confirmed any ballistic missiles flying into Japan's exclusive economic zone and that the projectiles posed no immediate security threat.

Even so, "we will strengthen our air and missile defense capabilities," Harada said.