Japan's Shingo Kunieda missed out on the chance to obtain a singles career Grand Slam when he was defeated by Argentina's Gustavo Fernandez in the Wimbledon men's wheelchair final on Sunday.

Kunieda claimed the first set at the All England Club but went on to lose 4-6, 6-3, 6-2 to the second-seeded Fernandez, who won his third straight major. It was Kunieda's first time reaching the singles final at Wimbledon since the event's inaugural appearance in 2016. 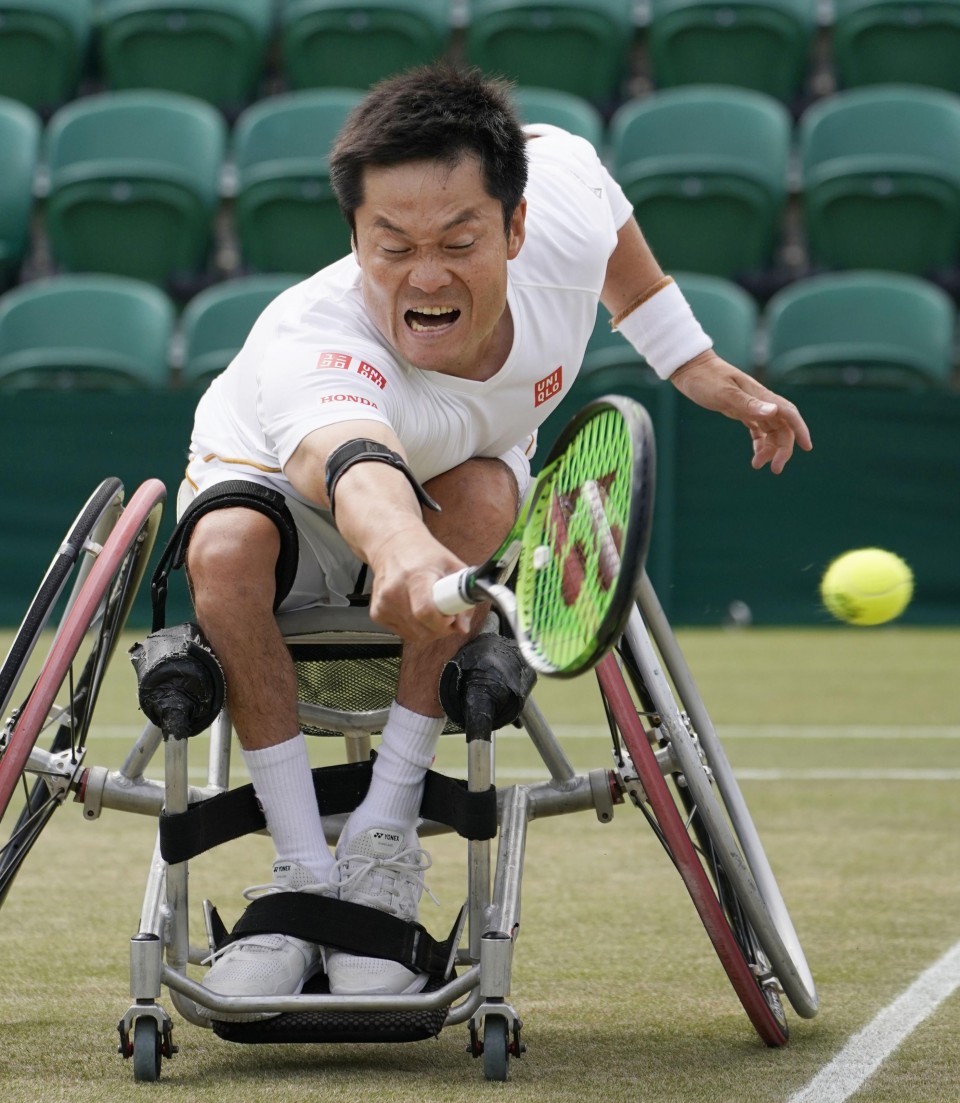 "My opponent played great tennis," Kunieda said. "Fernandez's play from the second set was at an extraordinary level. (It was) an utter defeat."

"I had a lot of fun this week. Today was disappointing, but I want to try again next year. It's my dream to win here. I want to work hard and come back."

The 35-year-old Kunieda, a three-time Paralympic gold medalist, has already racked up 19 singles titles at the Australian Open, French Open and U.S. Open, the three other majors of the year. He achieved a singles Grand Slam five times before the Wimbledon event was added.

Fernandez, 27, will attempt to complete a singles Grand Slam at the U.S. Open later this year.