A bag containing four to five knives and a hammer, believed to belong to the suspect in an arson attack on a Kyoto animation studio that left 34 dead, has been found near the site, investigative sources said Sunday.

It is believed Shinji Aoba, who has been hospitalized with severe burns, planned to use the objects during the Thursday morning arson attack on the Kyoto Animation Co. studio, they said.

The 41-year-old was apprehended by the police on a nearby street shortly after the studio went up in flames. His wallet contained some cash and a driver's license with his address in Saitama Prefecture, but he did not have a cellphone, the sources said.

Fragments of a melted lighter and bucket were found after Aoba allegedly splashed about 10 liters of gasoline from the bucket and set it aflame after entering the first floor of the studio. 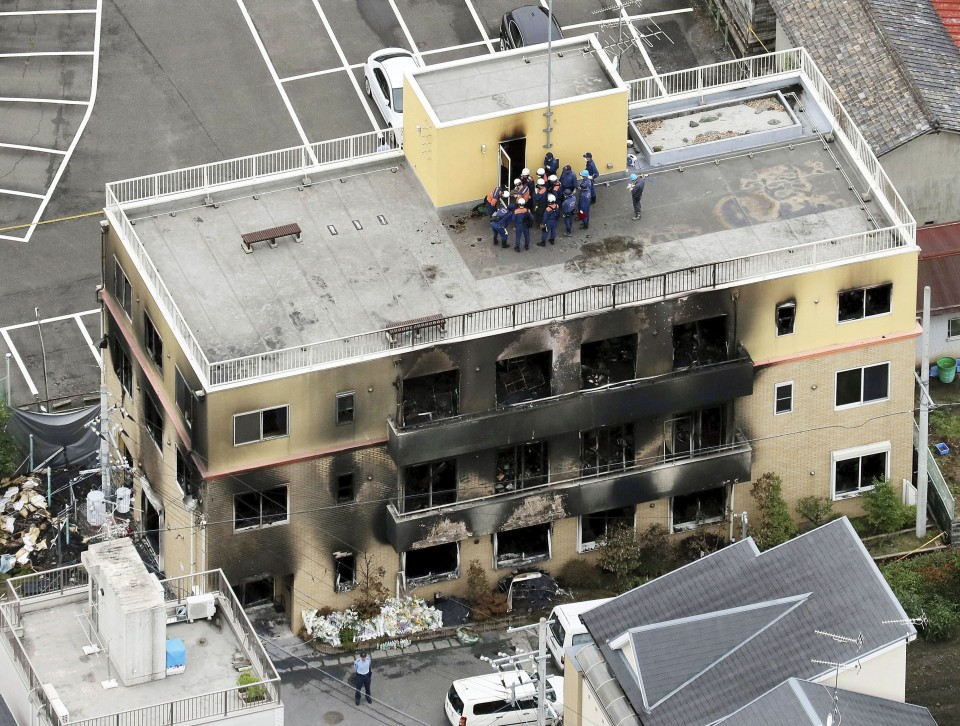 Although the police have obtained an arrest warrant for the suspect, they are waiting for him to recover from his injuries before formally arresting him on suspicion of murder and arson, among other charges.

Aoba had been hospitalized in Kyoto Prefecture but was transferred to a facility in Osaka Prefecture by helicopter on Saturday to receive better medical treatment.

Kyoto Animation, affectionately known as "KyoAni" in Japan, has produced popular TV animation series including "K-On!" and has a strong following overseas as well as domestically. Its Kyoto studio is a well-known site for anime fans.

Most victims of Kyoto Animation fire found on stairs to rooftop