Most victims of Kyoto Animation fire found on stairs to rooftop

Most of the 33 people who died in an arson attack at a Kyoto animation studio were found on stairs leading to the building's rooftop, police and firefighters said Friday.

Nineteen victims were found collapsed on the stairs connecting the third floor to the rooftop of Kyoto Animation Co., and the door at the top was closed when firefighters arrived Thursday at the studio of the producer of popular "K-On!" TV anime series, they said. 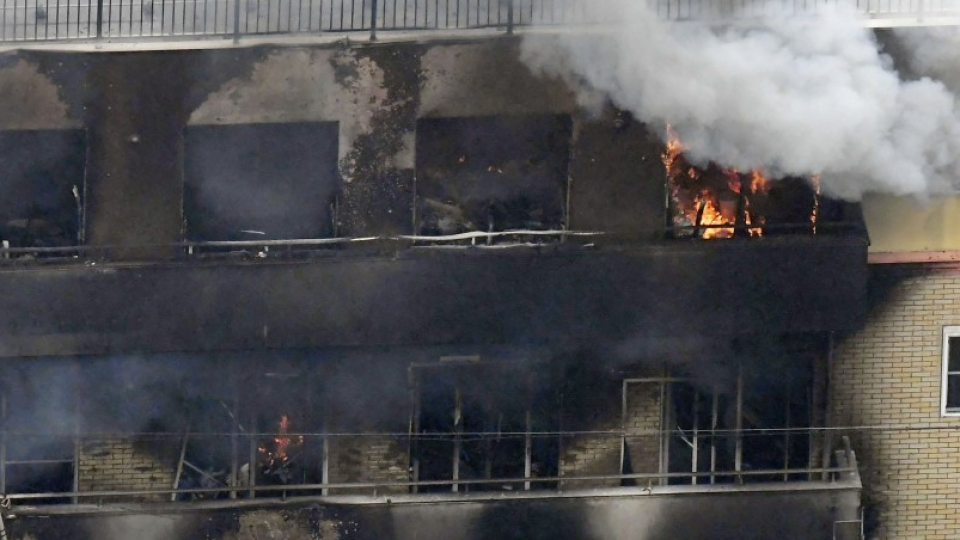 A 41-year-old man who has admitted to starting the fire was being treated at a hospital for burns to his face, chest and other body parts.

The man, believed to be a resident of Saitama, near Tokyo, has suggested revenge was his motive, telling the police he started the fire because the company "stole a novel," according to investigative sources.

His association with the company has not been independently verified and police plan to question him after his condition improves.

Many victims at the studio in the city's Fushimi Ward are believed to have tried to escape the inferno by climbing to the roof but were unable to open the door, the authorities said. The cause of their deaths is believed to be carbon monoxide poisoning. 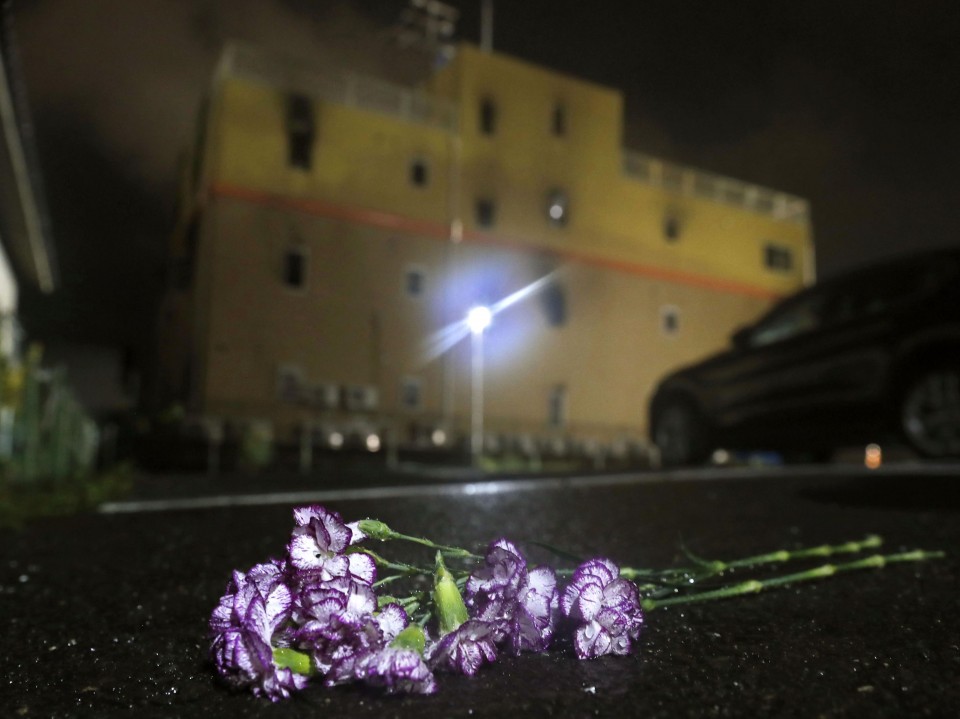 The death toll from the fire, which was finally extinguished at 6:20 a.m. Friday, is among the worst in recent decades in Japan. More than 30 people were also injured.

About 70 people were inside the three-story building when the fire was ignited on Thursday morning. In addition to the 19 victims found in the stairwell leading to the roof, 11 were found dead on the second floor, two on the first floor and one on the stairs between the second and third floors, the police said.

The suspect entered the building while screaming "Die!" and immediately splashed a flammable liquid from a bucket before starting the fire, according to the police.

The authorities believe he was the man who was witnessed buying gasoline from a gas station near the site on Thursday morning and that he carried two 20-liter cans to the studio on a cart.

Police conducted an on-site investigation Friday at the burned building in order to establish their case on charges of arson, murder and attempted murder.

Many people came to offer prayers and flowers near the studio, where charred shelves and paper could be seen scattered inside through broken windows.

"I still can't sort out my feelings and I can't get over it," said a 27-year-old woman who came from Nagoya after learning of the incident.

A 71-year-old man working near the site said he walked past several Kyoto Animation employees Thursday morning. "I feel really sorry for them," he said in tears.

Kyoto Animation, known as "KyoAni" in Japan, has produced popular TV animation series including "K-On!" and "The Melancholy of Haruhi Suzumiya" (Suzumiya Haruhi no Yuutsu), which depict the daily lives of high school girls.

Its works have prompted many fans to visit areas associated with them and promoted local tourism.

A former school building in Toyosato, Shiga Prefecture, attracted 100,000 visitors in a year at its peak as the school in "K-On!" is said to be modeled on it.

As of March, the company had 165 employees with an average age of 33, according to its website. 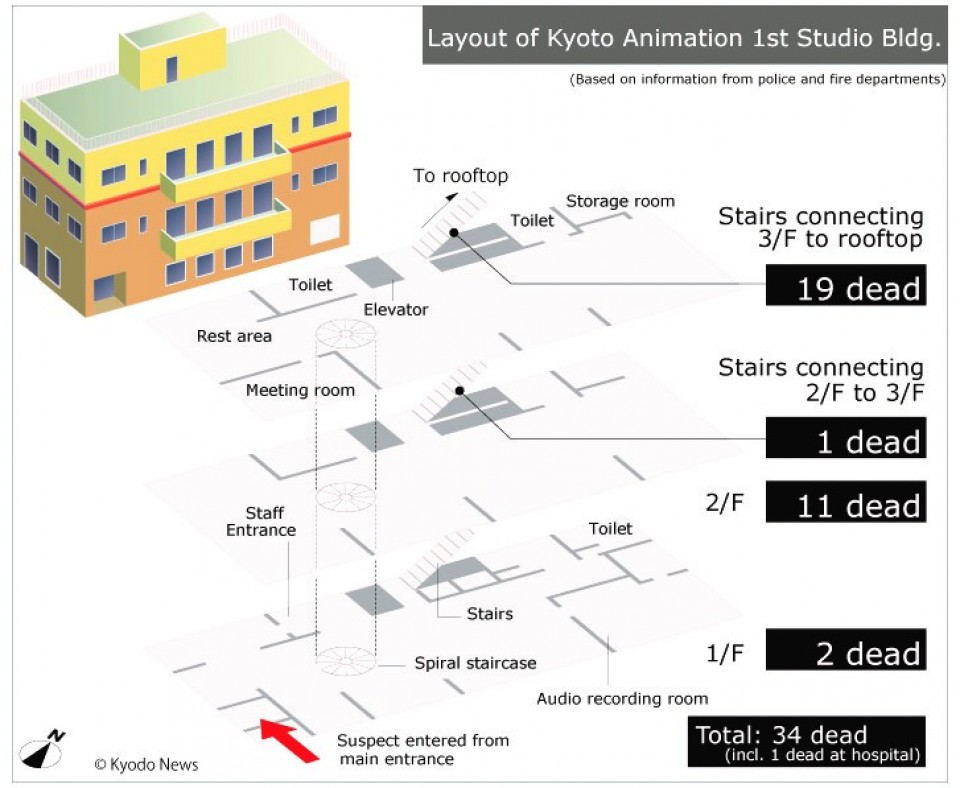