China on Monday urged the other Group of 20 major economies not to discuss the recent situation in Hong Kong at their summit in Osaka later this week.

Amid lingering political turmoil in the territory over a controversial extradition bill, Assistant Foreign Minister Zhang Jun said at a press conference, "We will not allow the Hong Kong issue to be discussed at the G-20" summit.

"It is an internal Chinese affair. No foreign country has a right to intervene," Zhang told reporters ahead of the summit scheduled to take place in Japan for two days through Saturday.

The Hong Kong government announced Friday that work to revise the bill, which could enable the transfer of fugitives to mainland China, has been halted and the bill will expire in July next year.

But demonstrations have continued in Hong Kong, with protesters calling for the complete withdrawal of the extradition bill, which critics say could bolster the influence of communist China and erode liberties in the former British colony.

Some pro-democracy activists in Hong Kong have voiced their readiness to stage demonstrations in Osaka during the G-20 summit, to be attended by Chinese President Xi Jinping. 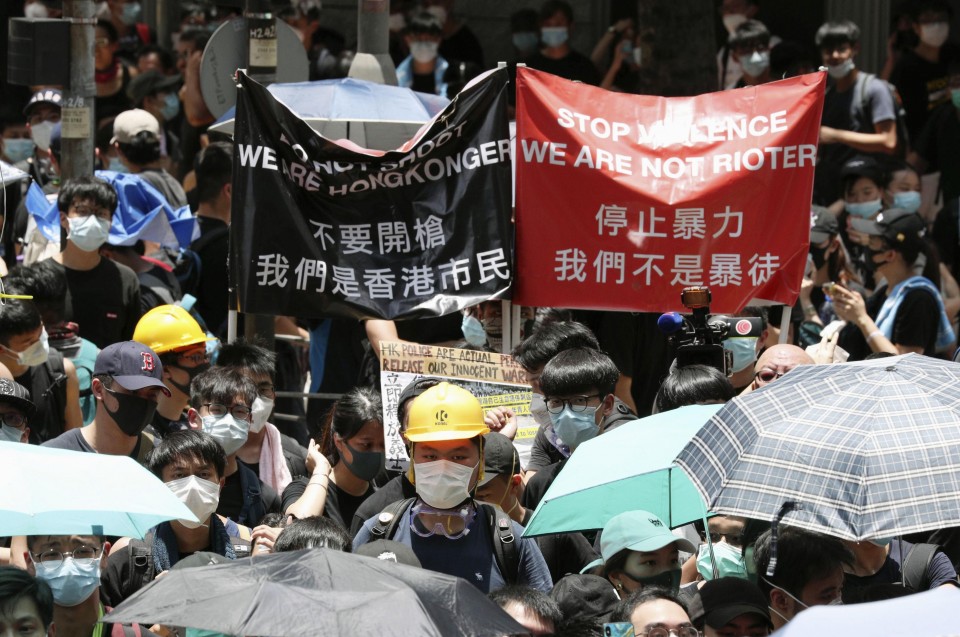 (Protesters surround Hong Kong's police headquarters on June 21, 2019, as they demand the complete withdrawal of an extradition bill.)

Zhang, meanwhile, said Xi is slated to meet with U.S. President Donald Trump on the sidelines of the summit, while holding trilateral talks with the Russian and Indian leaders.

In Hong Kong on Monday, more than 100 mostly young people once again occupied the lobby of Revenue Tower, which houses the territory's tax authorities, demanding the bill's complete withdrawal.

Protesters are also demanding the release of detained activists and an independent inquiry into police use of force.