Hong Kong police on Wednesday fired tear gas and rubber bullets to prevent thousands of protesters, angered at a proposed legal amendment that could bolster Chinese control in the territory and undermine its freedoms, from storming the legislature.

"Protestors repeatedly charged the police cordon line, performing life-threatening acts including setting fire, using sharpened iron poles and bricks to attack police officers at scene. Police had to escalate the use of force after repeated warnings were ignored," the government said in a statement. 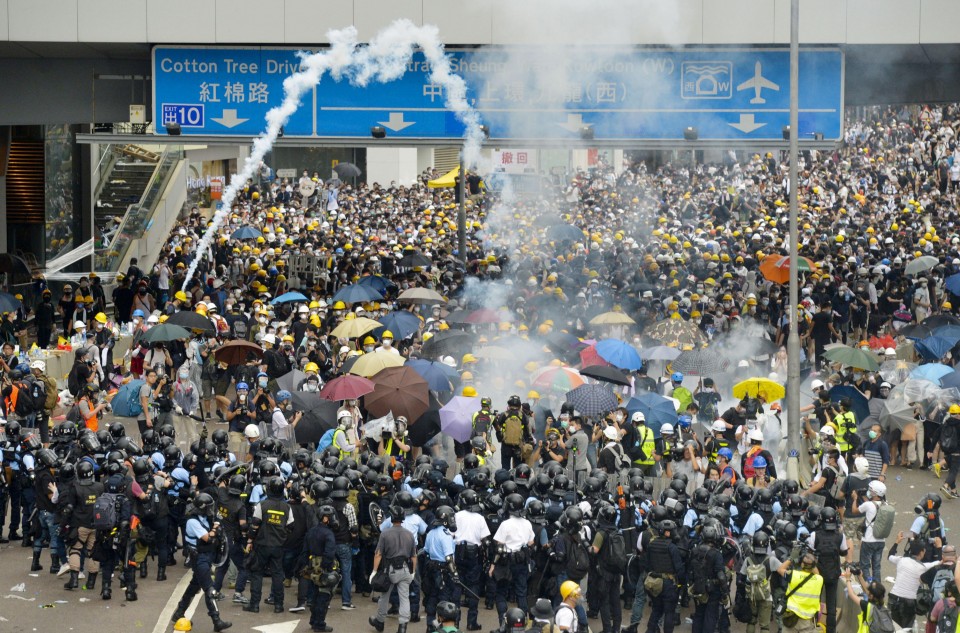 The use of force has drawn fire and sparked speculation that clashes between protesters and police will escalate, as Hong Kong's leader Carrie Lam pledged again Wednesday not to withdraw the bill that would allow the extradition of wanted suspects to mainland China.

Her remarks came as tens of thousands of protesters occupied major roads near the Legislature Council, forcing lawmakers to postpone debating the controversial bill.

Protesters argue that if the legislation is passed, Chinese authorities could abuse it to crack down on pro-democracy activists, journalists and any kinds of people who are critical of the government led by the Communist Party.

They also fear it could encroach on Hong Kong's high degree of political and economic autonomy, guaranteed by China under the framework of "one-country, two systems," and erode the territory's judicial independence.

Lam, in a television interview recorded on Wednesday morning, tearfully insisted she has not "sold out" Hong Kong.

She added that now is the time for lawmakers to discuss the bill, suggesting that the government will railroad it.

Amid growing concern that large-scale protests would hurt the economy, Hong Kong stocks tumbled on Wednesday. The Hang Seng Index fell 1.73 percent to 27,308.46. 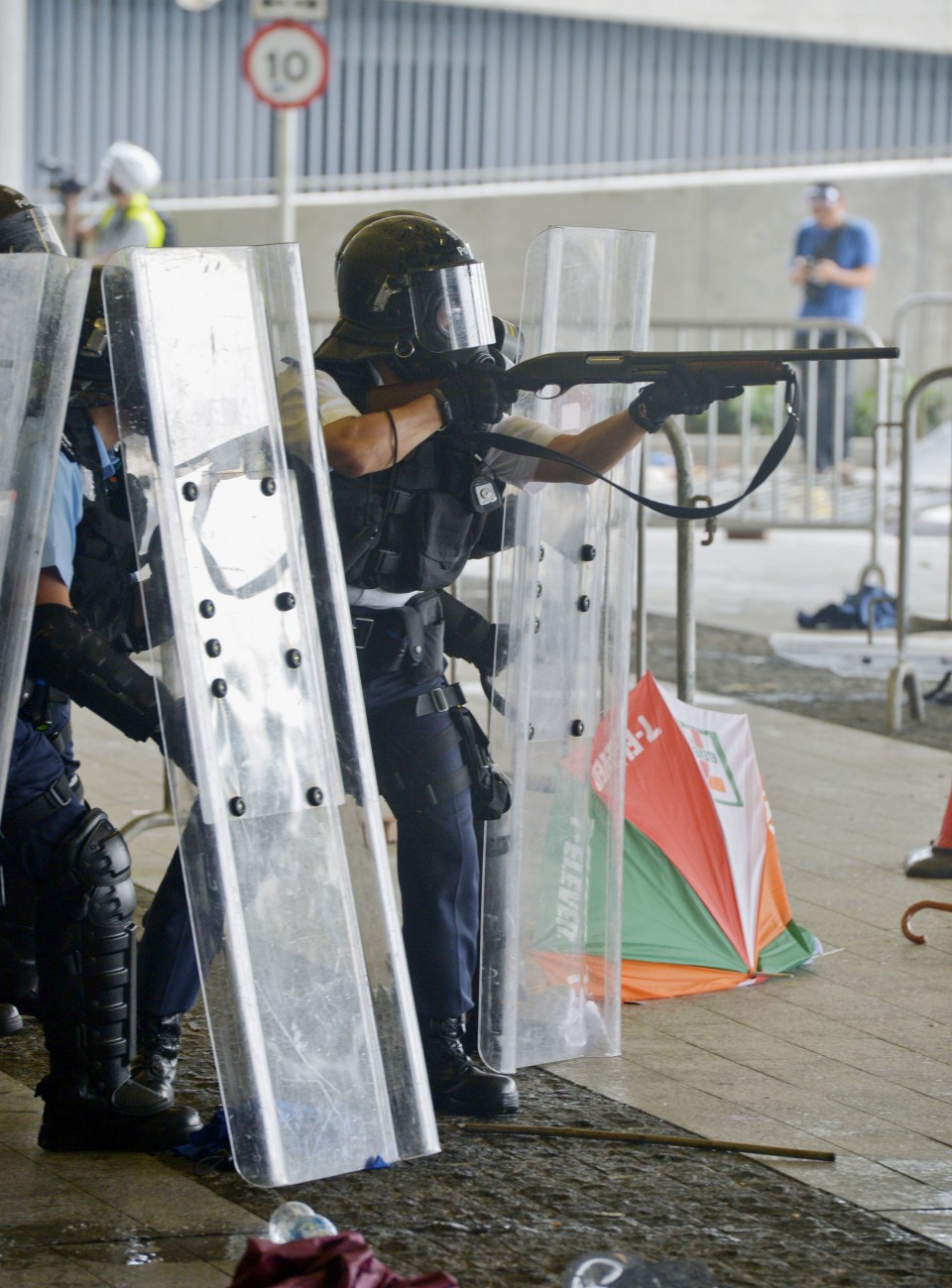 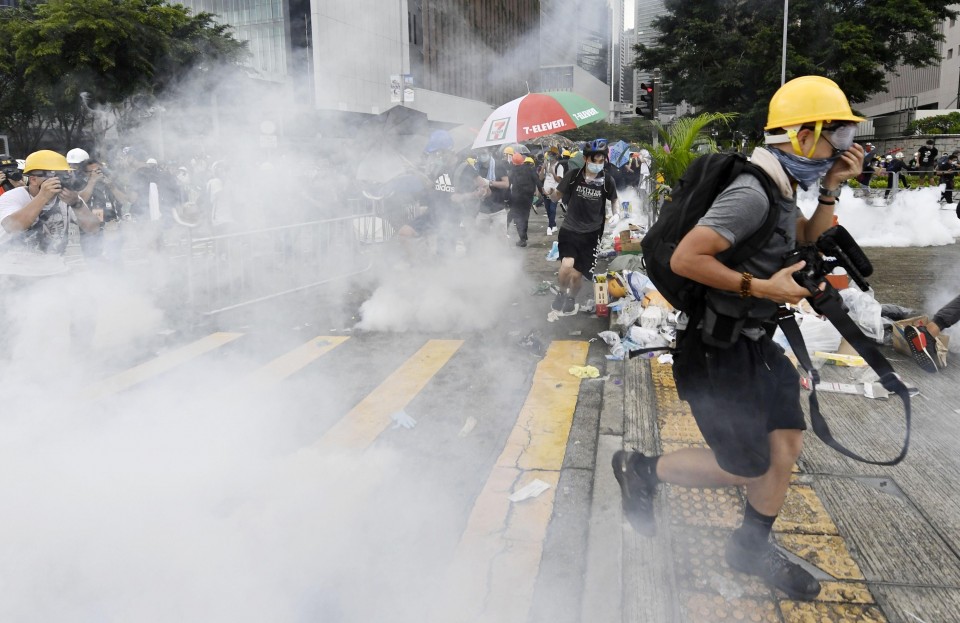 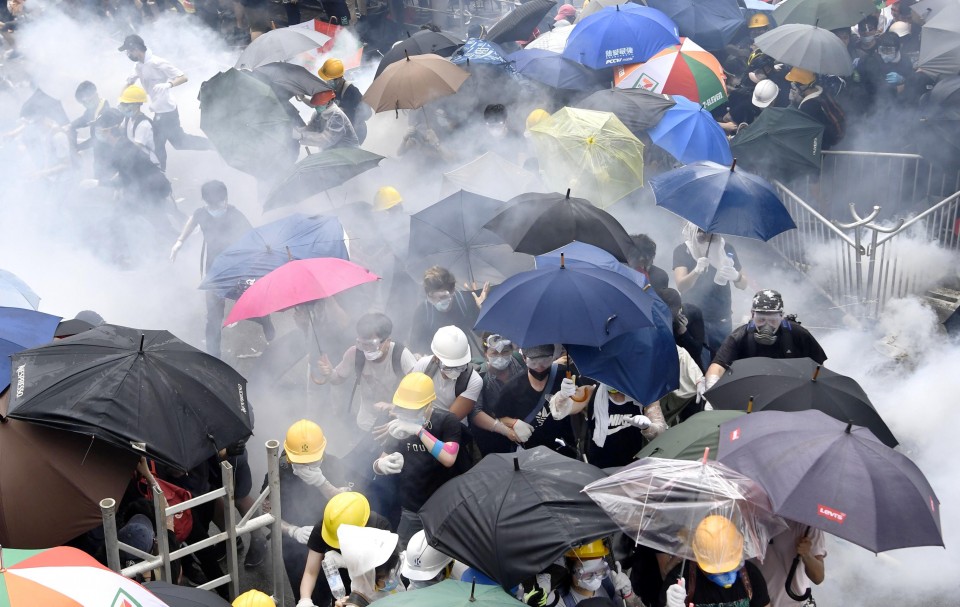 Police characterized the actions of the protesters, such as throwing bricks, as a "riot," and in the afternoon began pushing them back from around the Legislative Council.

Pro-democracy activists had urged people to surround the council's compound from Wednesday after indications that the bill may be put to a vote by June 20. A number of businesses announced they would close to let their workers protest, while many students reportedly skipped school.

Police have deployed 5,000 officers around the legislature since Tuesday night, but on Wednesday morning, tens of thousands of people, many of them young and clad in black, stormed and occupied the major roads north and south of the Hong Kong government complex, including the legislature. They later surrounded the legislature building.

In addition to tear gas, police used rubber bullets, bean bags, pepper spray and other nonlethal forces on some protesters. At night, they also fired tear gas in the center of the city to disperse the crowd, prompting many people to run and evacuate, Kyodo News witnessed.

The scene was reminiscent of the 2014 Umbrella Movement in which protesters occupied Hong Kong's major thoroughfares in a bid to force Beijing to abandon its plan to preselect candidates for the territory's leadership elections.

On Sunday, more than 1 million people, by some estimates, turned out for one of the largest mass protests seen since the former British colony returned to Chinese rule in 1997. 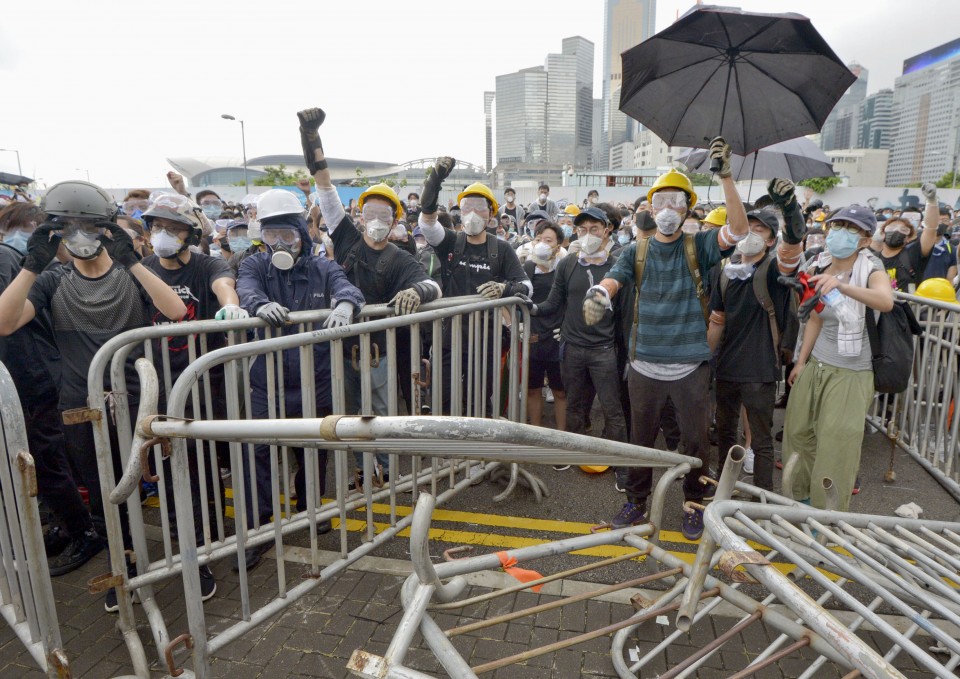 A 21-year-old male university student who participated in Wednesday's protest said that even though he does not favor violence, he is firmly resolved to prevent the bill from passing, given Sunday's mass march did little to change the government's stance.

The government has claimed the amendment is urgently needed due to a Taiwan murder case in which the prime suspect returned to Hong Kong. But Taiwanese authorities dimly view the bill since it is based on the "one China" principle, under which Beijing defines Taiwan as part of its territory.

The bill has also raised concerns among dozens of countries, including Britain and the United States, while foreign citizens living in or visiting Hong Kong would be put at risk of extradition.

But the government has made some concessions, such as cutting extraditable crimes from 46 to 37 categories, and applying the bill only to crimes punishable by seven or more years in prison, up from three years. 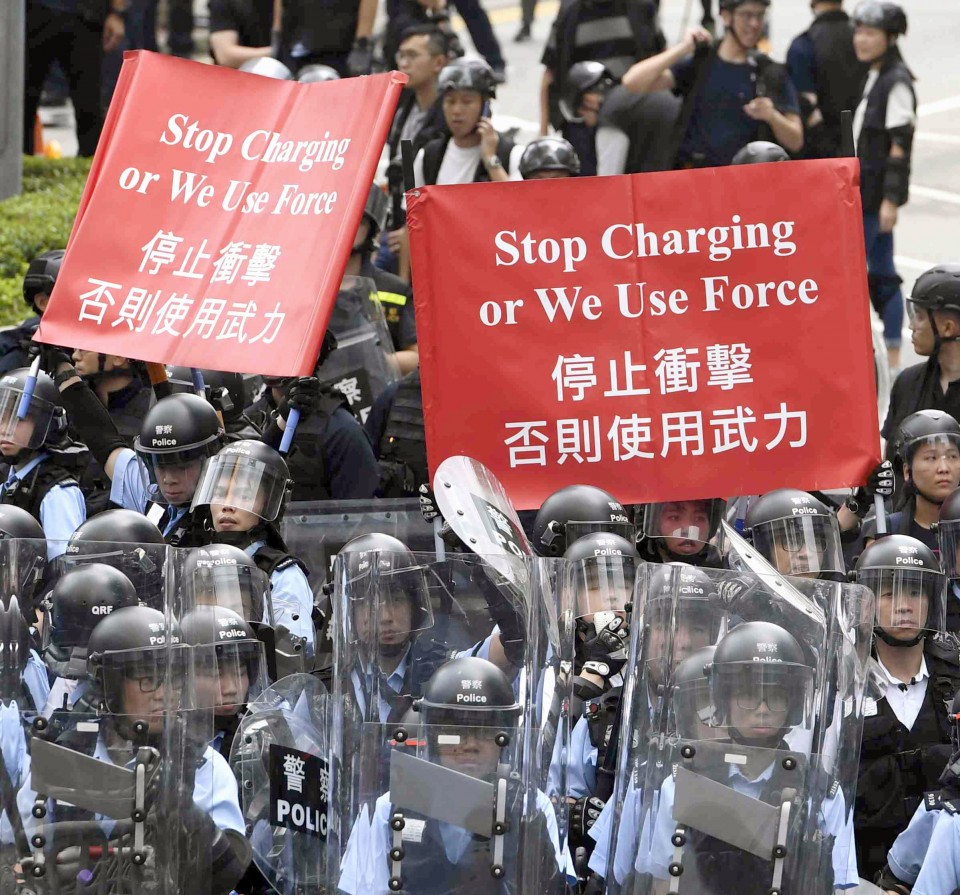 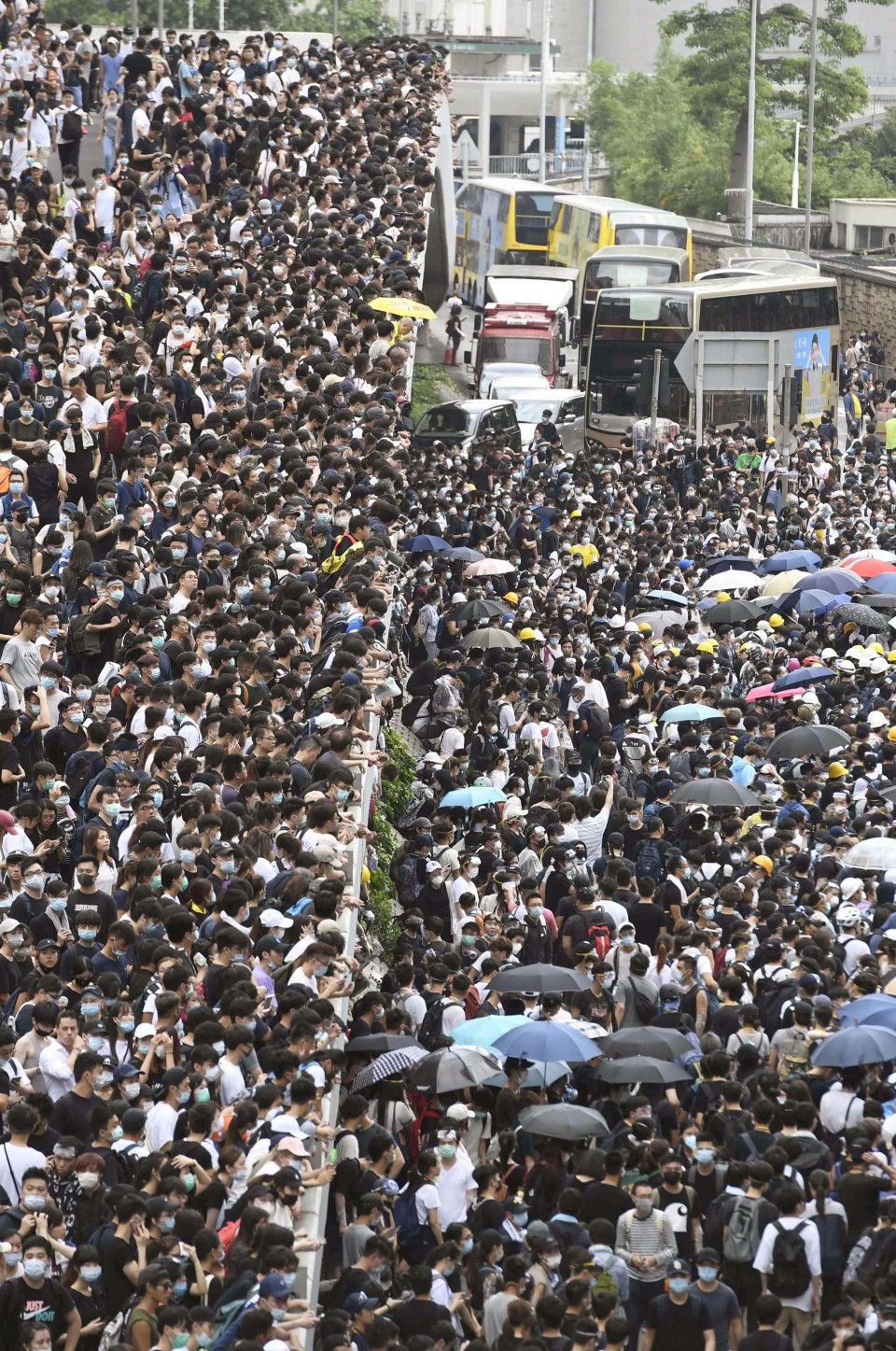